Incredible Venice is the most famous city in the world situated across a group of islands that are separated by canals and rivers. In a similar way, the other city of Europe, Saint-Petersburg, is also known as "Northern Venice". But South America has its own "Venice" as well!

The town of Paraty is often called "Brazilian Venice". The name itself is Indian for "fishy river" and in this way was called the area on the coast of the Atlantic Ocean. In the middle of the 17th century the Portuguese colonizers came here and founded a settlement bearing the same name which became a stronghold for the further conquest of the country. 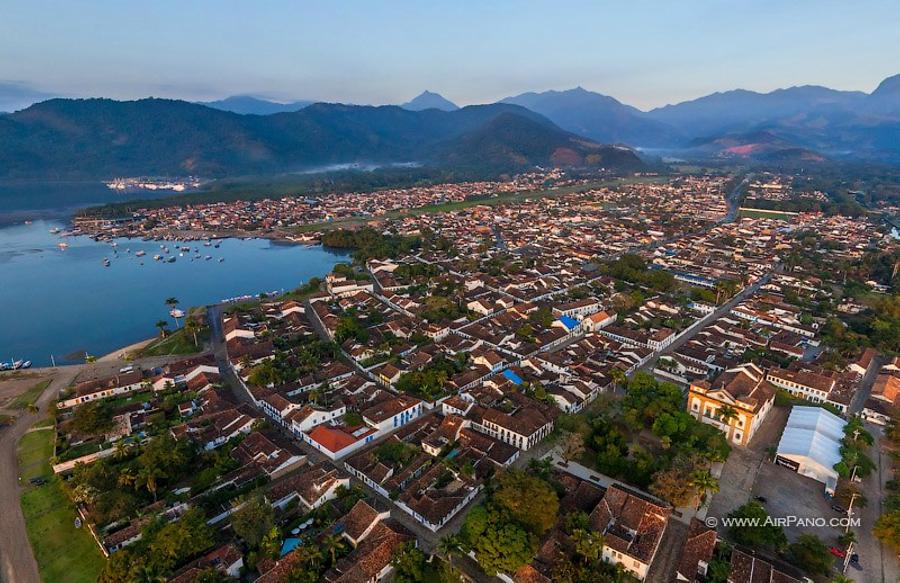 In 1695 one of these expeditions accidentally found rich gold mines in the state of Minas Gerais and the nearby settlement Paraty became a major port and the center of the "Gold Rush": it was the very place the galleons loaded with gold and diamonds departed from and headed straight to Portugal. On the one hand, it gave a powerful impulse for the development of the city, but on the other, the area drew pirates' attention. As a result, the exporting port was moved to the bigger and safer city of Rio-de-Janeiro. Paraty in its turn became a simple provincial town.

It seems that time has stopped here since then. The ancient town planning has been preserved and the buildings that needed to be renovated have been carefully restored. Now Paraty is a kind of an open-air museum revealing the history of the colonial period architecture and town-planning.

Paraty is surrounded from three sides by mountains and gradually descends to the sea. That is why at the time of extremely high tides the streets are filled with water and it makes the town the "Brazilian Venice". 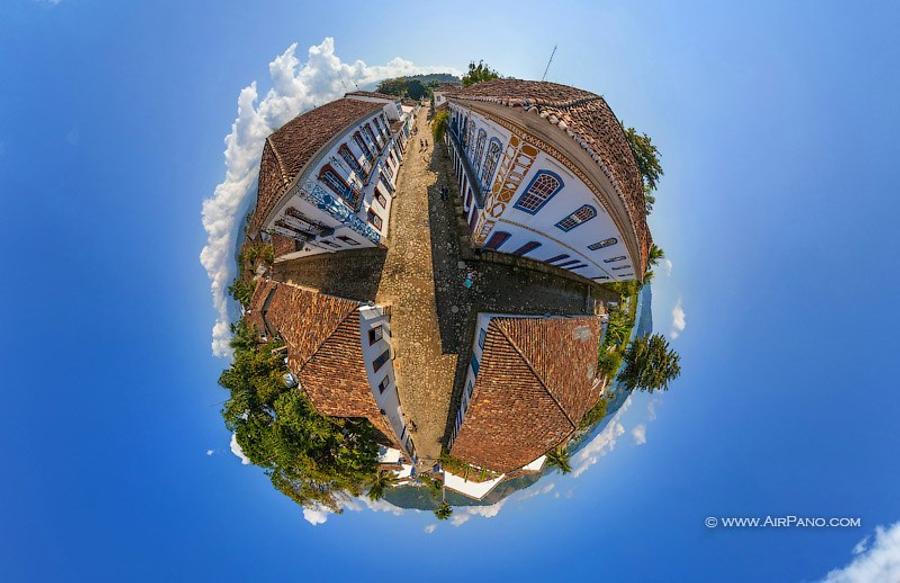 The historical center is closed for cars; streets are paved with stones and roofs of the houses are tiled. The main church of the city is the Cathedral of Nossa Senhora do Remédios (First Church of Our Lady of the Remedies); it was built in the end of the 18th century mostly for wealthy citizens who managed to make a fortune at the time of the Gold Rush. Their luxurious houses are standing on the square neighboring the Cathedral.

At that time social differentiation in Paraty was dramatic: slaves had to visit the smallest church in the town called Igreja de Nossa Senhora do Rosário (Church of Our Lady of the Rosary) and located on the street of Rua do Comercio. Meanwhile the noble people preferred the exquisite Capela de Nossa Senhora das Dores (Chapel of Our Lady of Sorrows) near the coast. The oldest church of Paraty is Capela de Santa Rita (Chapel of Saint Rita) located in the southern district of the town and built in 1722 for mulattoes. The front face of the building is considered to be the perfect example of the Portuguese Baroque. 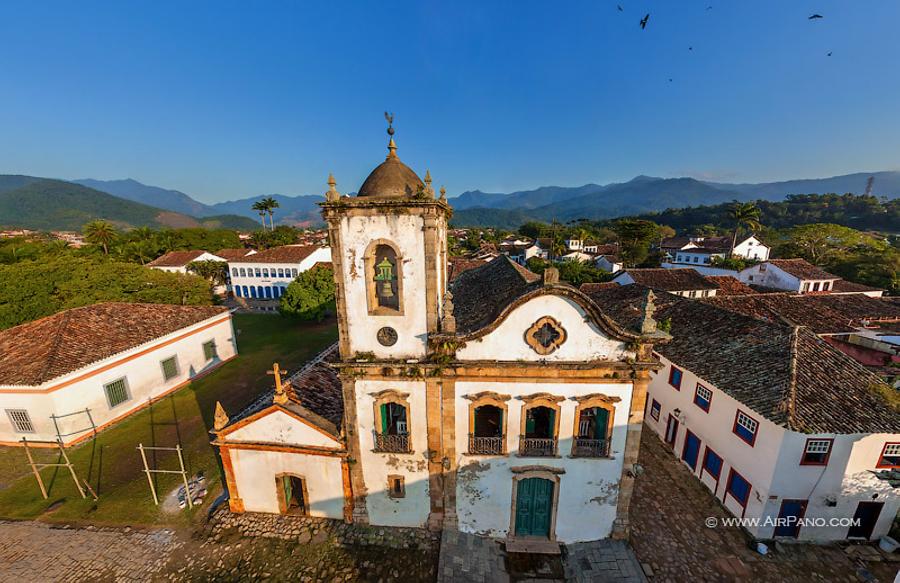 Chapel of Saint Rita. The oldest church of Paraty

In 1966 Paraty was listed as a World Heritage Site by UNESCO for being a significant historical complex of the colonial architecture. In addition to this, the city is also interesting for having a lot of natural sights: more than 300 beaches and 70 islands in the bay.

Have a tour to this remarkable and remote corner of the Earth together with AirPano!