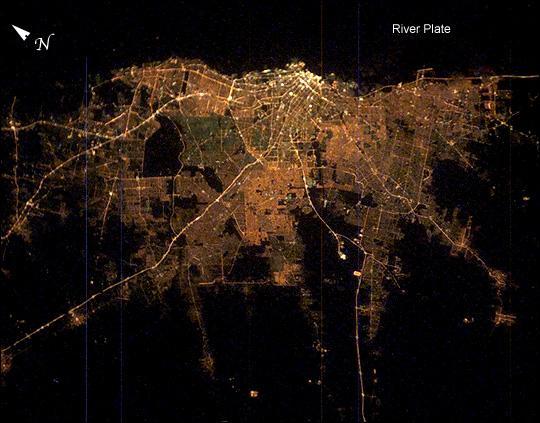 Image courtesy of NASA., under PD
Buenos Aires Buenos Aires, Argentinien at night. The brightness of the lights reflects the density of the urban population, which declines to blackness in the farmlands that surround the city.

The brightest area is the old part of the city centered on the port and the presidential palace. The blackest part of the scene is the River Plate, the great estuary of the Atlantic Ocean on which this port city is located.

The widest city thoroughfare in the world - the Avenida 9 de Julio - is the brightest line in the downtown cluster. It appears as the longest north-south strip just inland of the port.