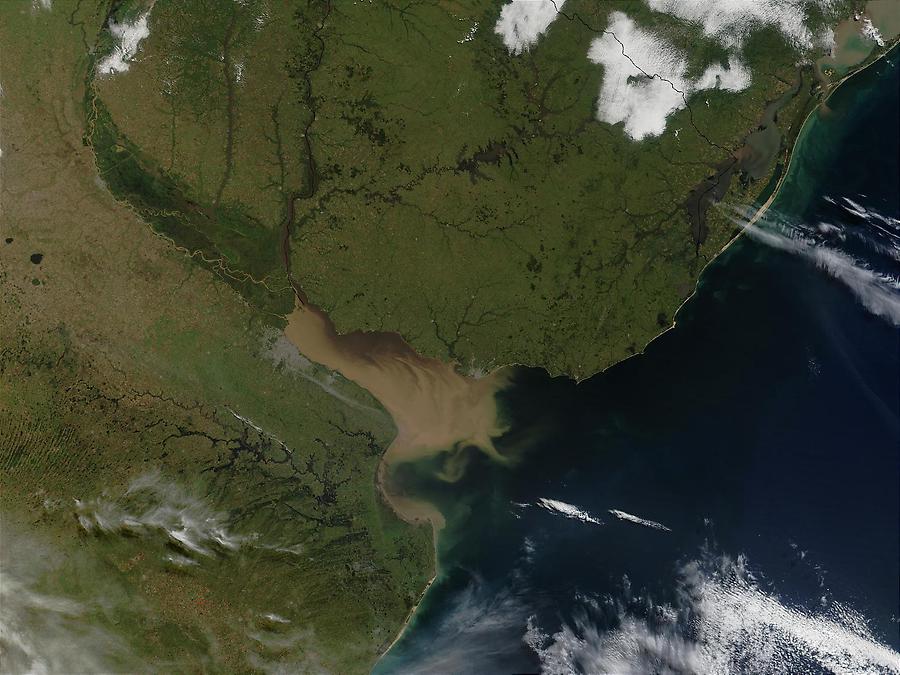 Photo courtesy of NASA., under PD
The Rio Parana in Argentina (running north-south through image center) appears brown from its sediment; it eventually drains into the Delta del Parana and the Rio de la Plata estuary.

Montevideo, Uruguays capital, is located on the opposite side of the Rio de la Plata.