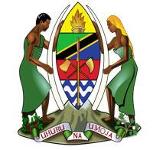 Shortly after achieving independence from Britain in the early 1960s, Tanganyika and Zanzibar merged to form the nation of Tanzania in 1964. One-party rule ended in 1995 with the first democratic elections held in the country since the 1970s. Zanzibar's semi-autonomous status and popular opposition led to two contentious elections since 1995, which the ruling party won despite international observers' claims of voting irregularities. The formation of a government of national unity between Zanzibar's two leading parties succeeded in minimizing electoral tension in 2010.