Cape Town is one of the most popular cities on the African continent. It is located in the southwestern part of the continent, on the shore of the Atlantic ocean, near the Cape of Good Hope. The history of Cape Town is also that of the entire country: the history of the Republic of South Africa begins in year 1652, when a Dutch seafarer Jan van Riebeeck founded the city of Cape Town. However, this date is just a mere formality for the city itself: the first settlements in this area date back to over 12 000 years!

Nowadays, Cape Town is one of the most attractive resort cities in the world, a wonderful oasis that combines the unique look of Africa with the best accomplishments of the Western civilization. Cape Town's hotels feature high quality amenities, and Cape Town's beaches — are a heaven for divers and surfers, young people and those who are looking for a relaxed vacation. In other words, it is a travel destination for all styles, tastes and ages. 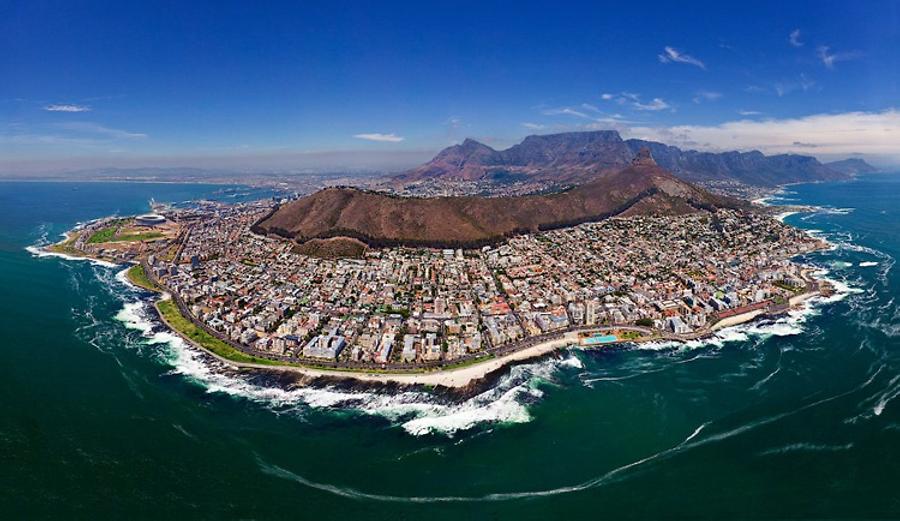 Most of the buildings in the city are only several storeys high, except for the Downtown business area. Here you can spend several hours just walking down the streets and admiring the incredible architecture: churches, antique mansions and seaside boulevards. Here you can visit many museums (including the only Museum of Russian Art in Africa). At night, visitors have lots of entertainment options to explore, once again, for all tastes.

One can enjoy all of this in a pleasant, mild "Mediterranean" climate. Also, it's worth mentioning that not only its human residents appreciate the weather in Cape Town: various types of grapevines found this climate very good; hence many wineries around the city. South African wines are world famous, and the great majority of them are produced here. They say that during his exile on the nearby Saint Helena Island Napoleon frequently requested the wine from Cape Town.

What else is Cape Town famous for? If you think that penguins live only in the Antarctica, you are mistaken. There is a large colony of African penguins right next to Cape Town. You might think "what are the penguins doing in the African heat", but the answer is very simple: these penguins live near the coast, which is washed by a cold Benguela current. Seals rest right on the city piers next to the speed boats and restaurants. 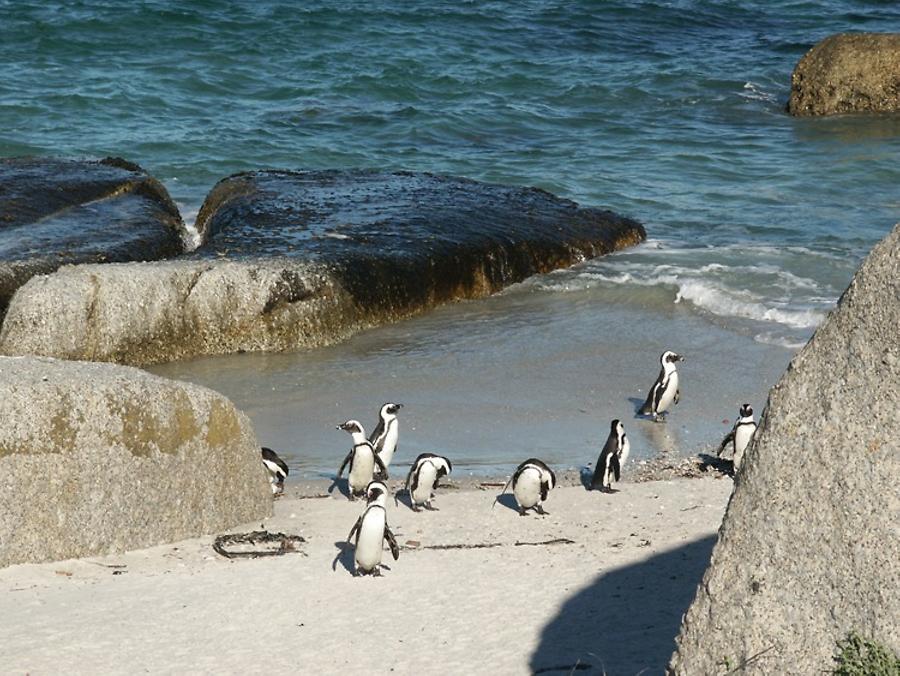 However, the main attraction of Cape Town is, of course, the famous Table Mountain: it is a symbol and a calling card of the city. It is featured on its flag, and one constellation in the South Hemisphere was named after it.

This natural plateau raises over 1000 m over the sea level and literally hangs over Cape Town, creating a lively background and this very special pleasant climate.

This is how Ivan Andreevich Goncharov, a famous Russian explorer, described the Table Mountain: "it looks like a table, like a coffer, like a grand piano, like a wall — anything, but the mountain". Many consider it to be one of the strongest energy centers of the planet — much stronger than the Egyptian Pyramids, since this mountain is not man-made. At the same time, it is unclear how the Nature was able to create such a perfect architectural structure.

Standing on the top of the mountain, you can easily imagine that you are standing at the utmost point of the earth, in one of its unique and untouched corners. It is partially true: this is where the continent ends and 4500 km of water separate the shores of the South Africa from the Antarctica. 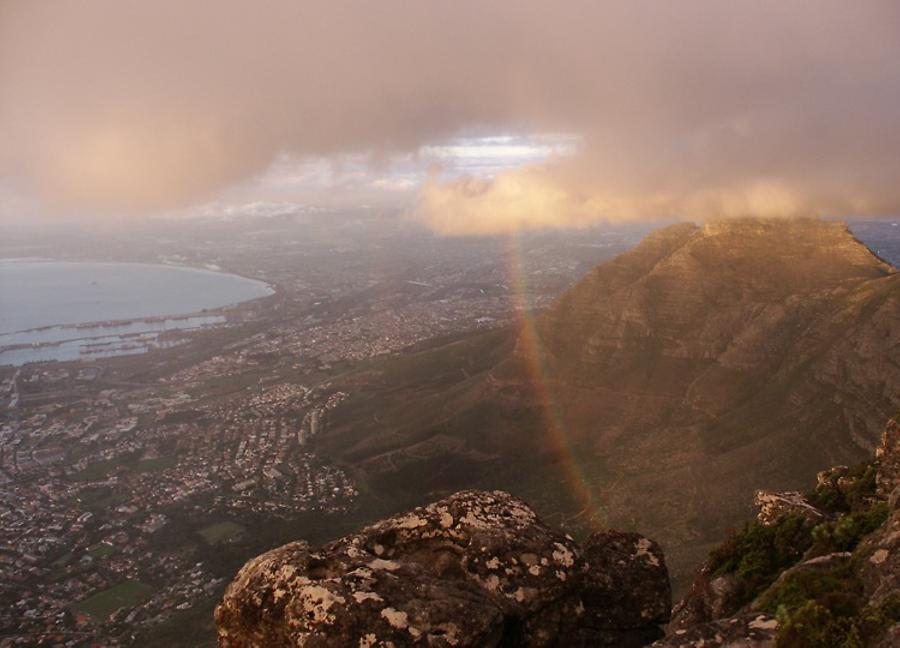 However, this place is not a savage corner at all: the mountain top features an incredible view onto the central part and all attractions of Cape Town. There is nothing unusual about this contradiction, as this metropolis is built on such paradoxes: everything is unusual, bright, close to nature, and at the same time, very modern in Cape Town.