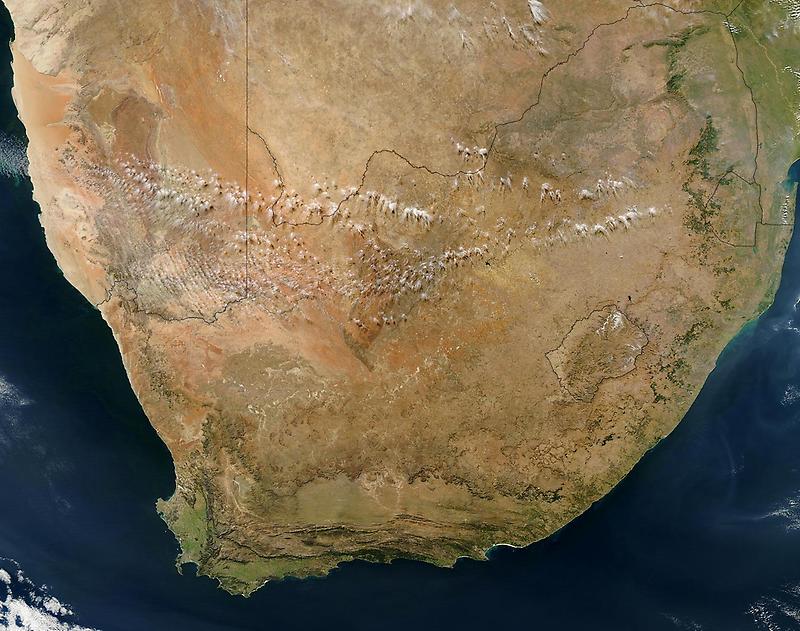 Photo courtesy of NASA., under PD
Satellite view of South Africa. The rugged Great Karoo semi-desert region makes up much of the central and western part of the country.

The brown and orange landscape that surrounds South Africas northwestern borders is the Kalahari Desert, a vast sand basin marked by dunes and dry savannah vegetation.

The southern edge of the desert is defined by the Orange River, which also forms South Africas northwestern border with Namibia. Within South Africa is the enclave of Lesotho. Northeast of Lesotho is the smaller country of Swaziland.