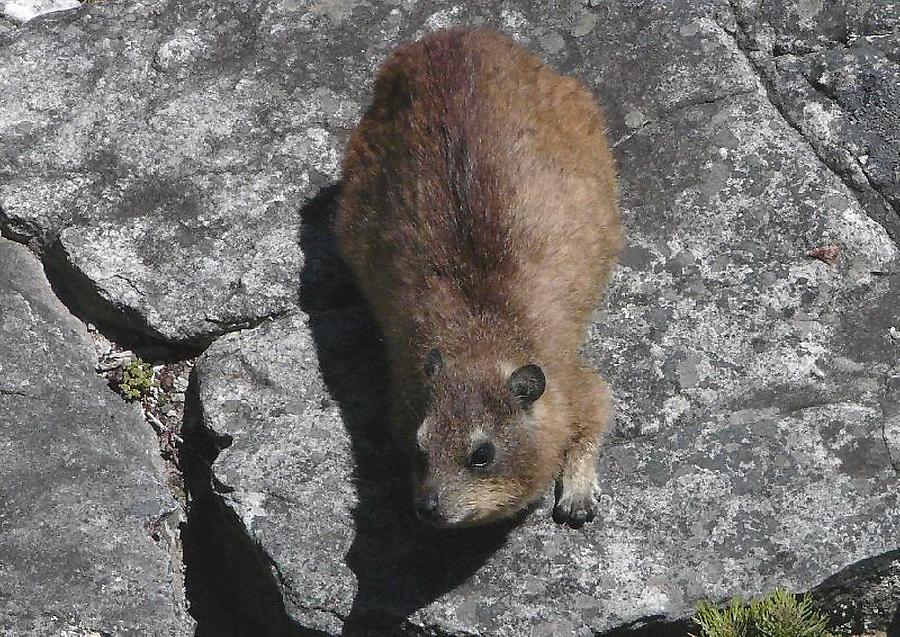 The rock hyrax (Procavia capensis) is a medium sized mammal of about four kilogram, resembling a guinea pig with short ears and tail. Other names are rock badger, Cape hyrax, rock rabbits or sometimes they are called dassies in South Africa. Judging by their size and appearance you wouldn't think that their closest living relatives are modern-day elephants and sirenians. The distribution area of the rock hyrax is located across Africa and the Middle East.

They live in groups of 10-80 animals in habitats with rock crevices in which they take shelter from predators. Rock badgers forage as a group, while posting sentries on a vantage point that issue alarm calls when they sense impending danger. During the morning and evening these mammals are most active as they have an incomplete thermoregulation and vary their activity patterns according to season and climate.