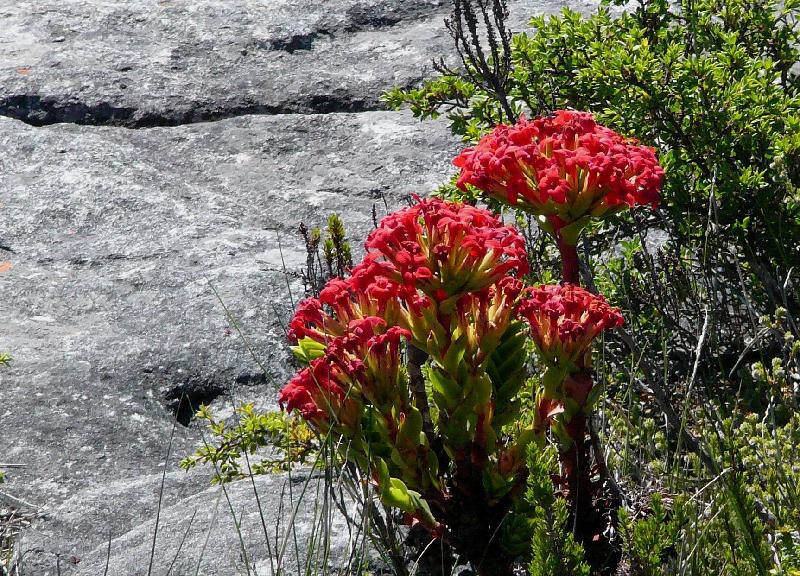 The Flora of Table Mountain is unusually rich with a high biodiversity, consisting predominantly of several different types of the unique Cape Fynbos:

Fynbos is the natural shrubland or heathland vegetation occurring in a small belt of the Western Cape of South Africa. Table Mountain is part of the Cape Floral Region protected areas, a World Heritage Site, and offers, according to estimates, 2.200 species of plants a habitat which by the way is more than exist in the whole of the United Kingdom. Many of these species are endemic to the mountain, meaning that they can only be found there, including many types of proteas.

Most indigenous forests have been felled and were replaced with commercial plantations. However, some patches of indigenous forest still persist in the wetter ravines. Where conditions are too dry and harsh for forests, varieties of fynbos tend to dominate the landscape. Fynbos is rejuvenated by seasonal wildfires which burn down the existing vegetation. Although the Table Mountain range is rich in species, many of these are endangered or threatened, one reason being that they suffer under a massive onslaught of invasive alien plants, like the cluster pine.