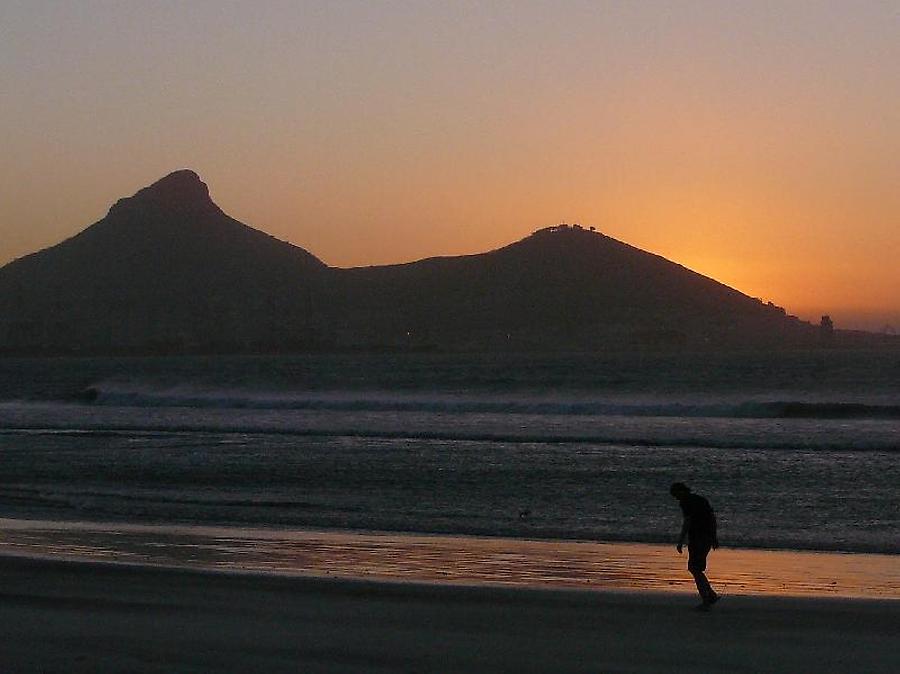 Table Bay, 2008
Photo: H. Maurer
Table Bay Table Bay , dominated by Table Mountain, the eponym of the bay, is a natural harbour on the Atlantic Ocean overlooked by Cape Town at the northern end of the Cape Peninsula.

The first European to explore this region was Bartolomeu Dias in 1486. Incidentally Table Bay is a poor natural harbour as it is exposed to gales from both south-east and north-west. During the 17th and 18th century many sailing ships seeking refuge in the bay were driven ashore by storms.

On the left side of the picture Lion's Head can be seen and on the right side Signal Hill.

Why this hill is called signal hill like many signal hills (in as different places as St. John's, Newfoundland or Alice Springs, Australia) is a reminder of one the more curious stories in the technology of cummunication:

Around 1790 Napoleon was worried that some of his enemies would attack him and we would learn of such attacks too late to act.

Hence he asked the French enginerer Claude Chappe to devise some method to communciate fast over long distances.

Claude Chappe used wooden rigs to signal letters from one hill to the next, thus e.g. connecting Paris with Lille (225 km away) using some 100 inbetween stations. To transmit an mergency call like "Under attack by the British. Need help fast" would take less than 10 minutes, amounting to about one bit/second. It is intriguing that American Indians used smoke signals for communication much earlier, and so did many African tribes using accoustic signals (drums).

The flag alphabet (to communicate between ships) was still invented later, in 1817 although some simple messages were communicated by flags probably already before 1600.