by Oleg Gaponyuk, Dmity Moiseenko, members of the AirPano Team that is a member of the global-geography Consortium.

Namibia is a country situated in the southern Africa. Its neighbour, the Republic of South Africa, has already been shown in our panoramas, but Namibia is not the less interesting and full of landmarks as well.

The main part of the country is occupied by highlands, its highest point (the Brandberg mountain or sometimes referred as Königstein) is 2606 meters high. The Central Plateau is situated between the Namib Desert, which looks towards the Atlantic Ocean and the Kalahari Desert; in the South it is bounded by the Orange River and the North of the country is covered with jungles. 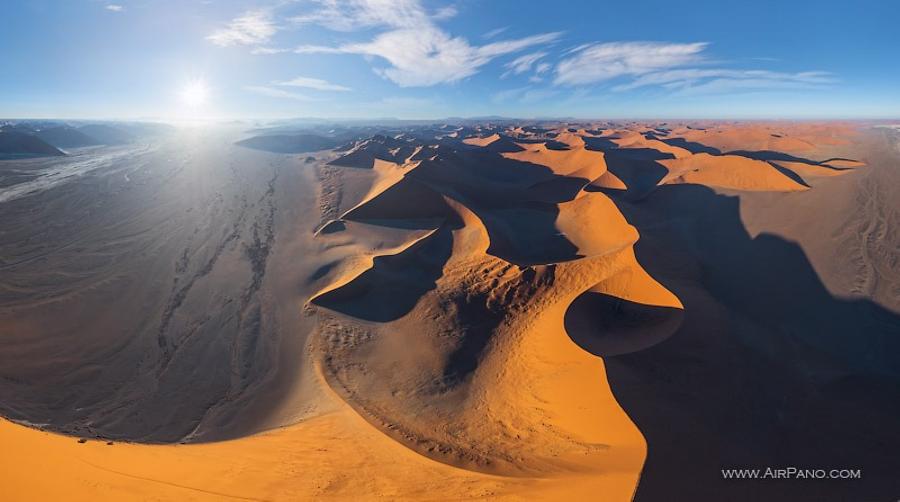 The Namib-Naukluft National Park encompasses the bigger part of the Namib Desert and the Naukluft mountain range. The total area of the park is around 50,000 sq kilometers, making it the fourth largest park in the world. 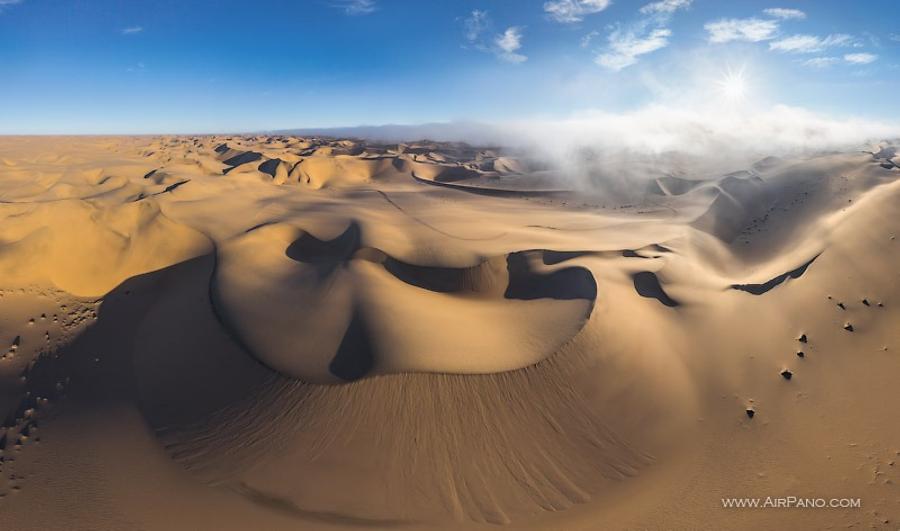 The most famous place of the Namib-Naukluft is a clay pan of Sossusvlei. This place is a home to the largest sand dunes in the world - up to 325 meters high. Their colour can vary from apricot and orange to deep red and maroon, creating a dazzling contrast to the salt hollows lying at their bottom. Strong winds blowing from different directions create fantastic forms of the dunes. At the period of a short wet season, which usually occurs in February, the plateau fills with waters of the Tsauchab River.

Sossusvlei is the place where the famous Deadvlei is situated. Many centuries ago it was the area of abundant rains which allowed to create an oasis with trees and a water pool. But when the climate changed, the pool filled up with sand, then the sun not just dried the trees, but practically burnt them. And now Deadvlei is the valley of dead tree skeletons against the background of blue sky and bright colourful dunes. 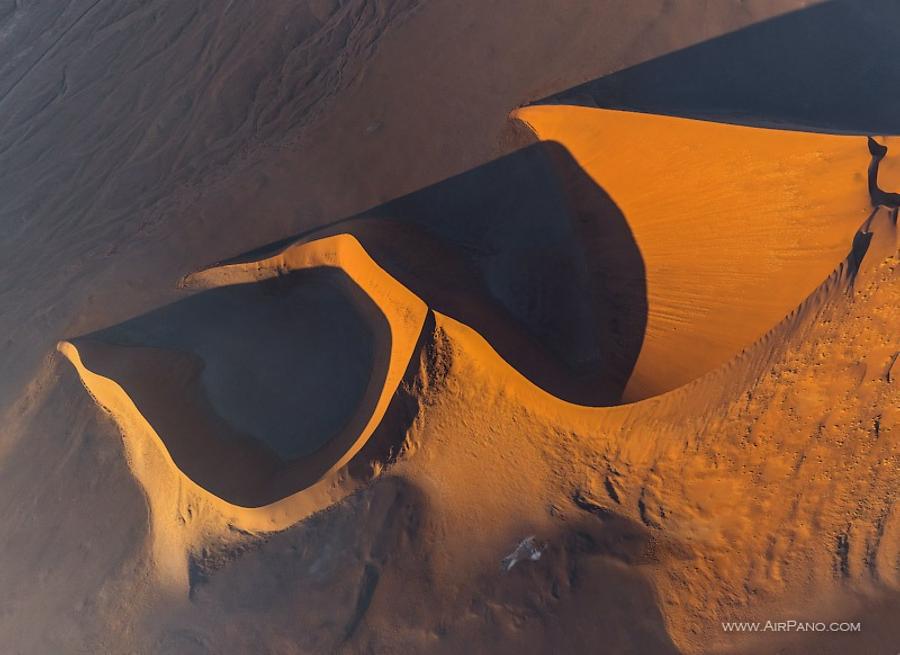 The Namib Desert has one more interesting locality bearing a rather ‘sinister' name - the Skeleton Coast. It is one of the most ancient layers of the surface that can be found on the Earth: it consists of a massif of solid rock estimated to be one and a half milliard years old. And there was a reason for this name to be given to this place: fog, huge boulders, storms and the cold Benguela Current that forms near the Cape of Good Hope create hazards for shipping. Lots of shipwreck remnants can still be found here.

Natural and cultural heritage of Namibia cannot help being admired and pleasant to look at. You can see it with your own eyes - just take a virtual trip with the help of our panoramas.