The ancient city of Rabat is located 90 kilometres away from Casablanca on the coast of the Atlantic Ocean. Whilst Casablanca is the largest city and the centre of the economic life of the country, Rabat is its capital and the main point on its political map: the place of the kingdom’s institutions, embassies and the Royal Palace.

The first settlements appeared on this territory in the 3rd century BC, but Rabat began its existence as a city only in 1146 when the Almohad ruler Abd al-Mu'min founded a full-scale fortress on the bank of the river Bou Regreg, which was later used for attacks on Andalusia. The contemporary name was acquired in 1170 initially as Ribatu l-Fath, meaning "stronghold of the victory”. 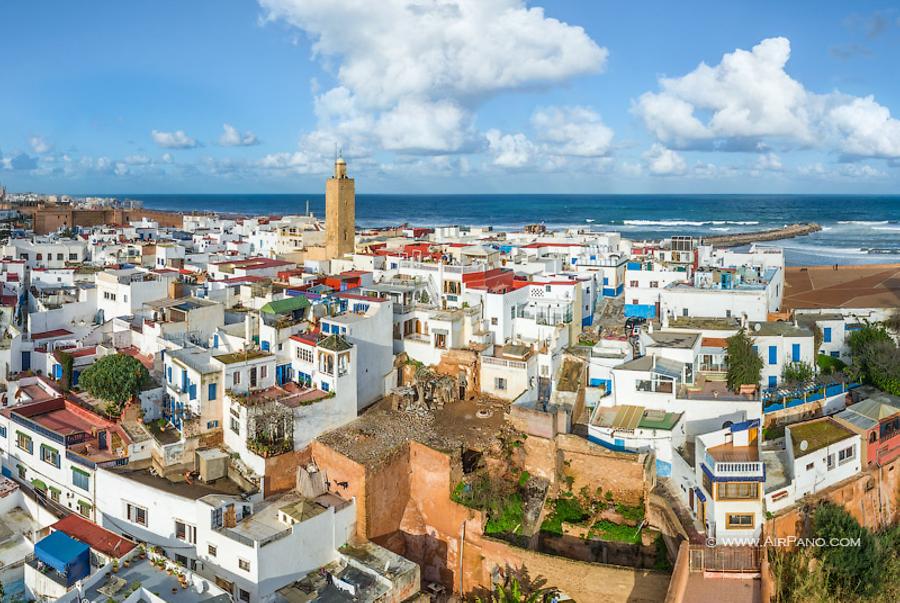 Rabat witnessed its greatest growth during the reign of Yaqub al-Mansur, the third Almohad Caliph and the grandson of Abd al-Mu'min. In the end of the 12th century, he moved the capital from Marrakesh to Rabat, then built a lot of important constructions starting with the Kasbah of the Udayas. This citadel that has survived till nowadays is the brightest example of the Moorish architecture of that time. Inside the fortress, there are streets of traditional dwelling buildings of white and blue colours. In the northern part, there is an observation point viewing the sea.

Yaqub al-Mansur also initiated the construction of what would have been the world's largest mosque, but now there are only two hundred fragments of the sandstone remnants. Misfortune also chased the intention to built a giant Hassan Minaret. It was supposed to be 86 meters high, but with the death of Yaqub in 1199 the construction stopped having reached only 44 meters. The look of the Hassan Tower resembles the Giralda of Seville, which was constructed approximately at the same period of time. Both of the towers were modelled on the minaret based on the 70-meters high Koutoubia Mosque in Marrakesh. 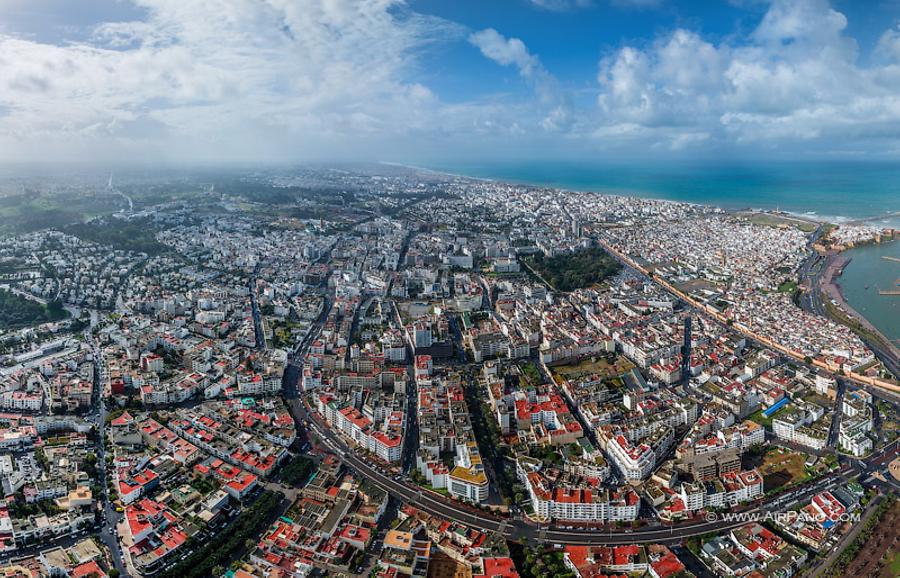 Yaqub's death initiated a period of decline: by 1515 hardly a hundred dwelling houses had remained in the city, the economic power had moved to Fes. Only in the 17th century, a new life of Rabat began: the Moors that were exiled from Spain found a refuge here and started to actively revive economics.

In 1912 the French invaded Morocco and established the protectorate. Rabat again became the capital and in 1956 with the achievement of independence Mohammed V, the then King of Morocco, chose to have the capital remain at Rabat. 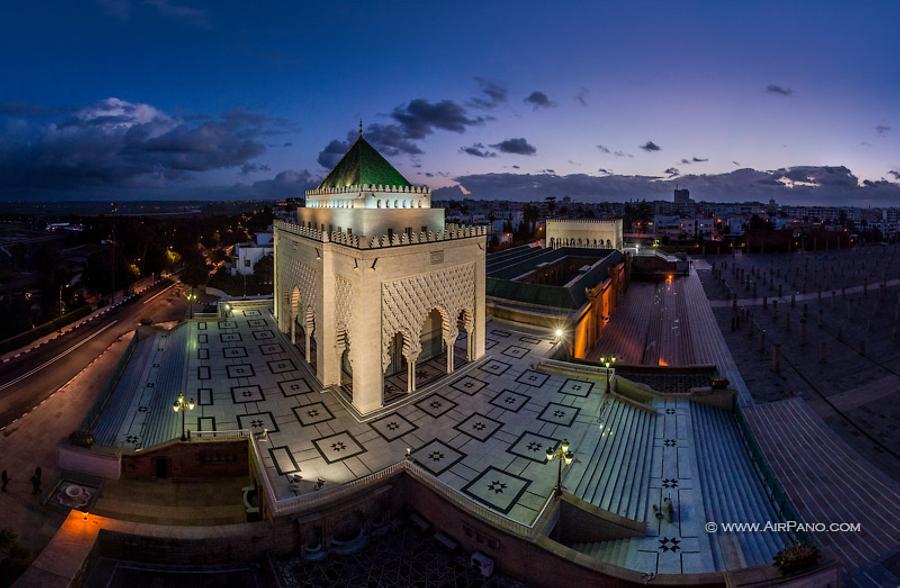 Turbulent historical events did not prevent the city from saving its ancient monuments. In addition to the citadel and the minaret, Rabat possesses such an interesting landmark as the Royal Palace of Mohammed VI located in the old part of the city called the Medina. The residence, built in 1864, was created in a traditional Arabic style: it is a long two-storey building of yellow and orange colours with a green roof and small turrets decorated with carved arches, paintings and mosaics. High walls and old cannons standing at the entrance protect the residence from unwelcome visitors; but those who after all can get inside the residence will be able to enjoy the blooming gardens with a fountain inhabited by fish, snakes and turtles. 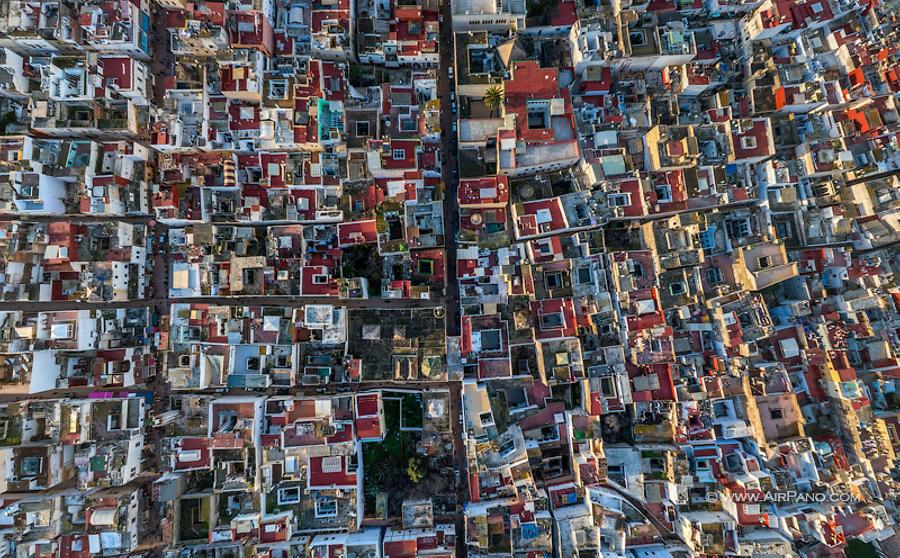 Ahl Fas mosque, the Royal Family mosque, is located on the Royal Palace square. Every Friday in the afternoon Mohammed VI performs his prayer and people can witness their ruler. In the eastern part of the city, just where the remnants of the Hassan mosque and minaret stand, the mausoleum dedicated to Mohammed V and his sons was built in the 1960s. It is another significant sight of Rabat.

The western culture is represented by St. Peter's Cathedral created in the Art Deco architectural tradition back in 1921. And one more remarkable thing about Rabat is the abundance of vegetation: lots of parks were created here, the streets and avenues are hedged by trees and bushes.

AirPano panoramas captured from above will let you become more acquainted with the ancient wonderful city of Rabat.