The biggest city of Morocco is not the capital city of Rabat, as one may think. It is the ancient legendary city of Casablanca. Casablanca also is the largest Atlantic port of the country, one of the most influential trade centers in North Africa, and an important industrial and financial center.

In the 7th and 8th centuries, the area of modern Casablanca was occupied by a small Berber settlement called Anfa, which later became a prosperous trade city. Later on, pirates used Anfa as their base to attack European trade ships. In the middle of the 15th century, the piracy near the coast of Morocco reached such a scale that the Portuguese, who suffered the most from the marine assaults, decided to stop it for good. In 1468 they sent their troops to Anfa; the city was stormed and burned to the ground.

The new settlement built in place of the former Anfa was called Casablanca, which means «white house» in Spanish. In 1755, the city was completely destroyed again, but this time it was because of an earthquake. Since then, Casablanca was in decay for a long period of time, until the French restored it, turning it into a beautiful city with wide avenues, public parks, and buildings created in Moorish style. 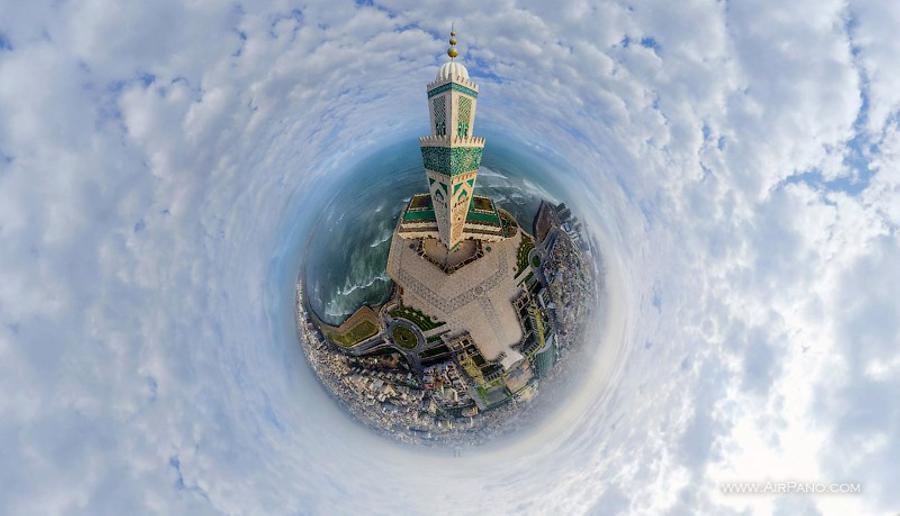 The most famous landmark of Casablanca and the entire Morocco is undoubtedly the Hassan II Mosque (or Grande Mosquée Hassan II). This is the second largest mosque in the world after the Sacred Mosque in the city of Mecca. The Hassan II Mosque was built on the Atlantic shore with a spectacular ocean view that can be seen from the giant glass prayer hall that can host up to twenty-five thousand worshipers. Another eighty thousand people can use the outside grounds of the mosque. The total area of the Hassan II Mosque is 9 hectares; the height of the minaret is 210 meters, which makes it the tallest religious structure in the world. 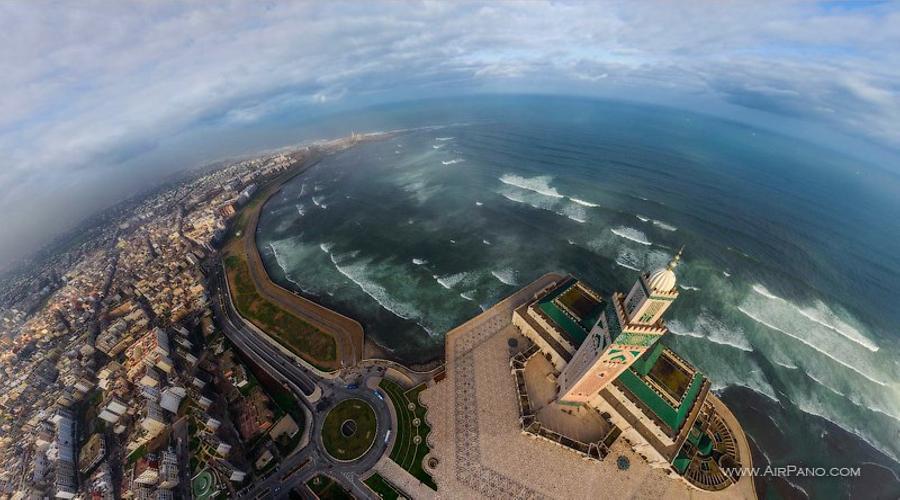 The Hassan II Mosque was built during the rule of Hassan II, the King of Marocco, from 1986 till 1989. However, the building was not officially opened until 1993. The construction was funded exclusively by donations with the total budget reaching 800 billion dollars. Twenty-five hundred construction workers and ten thousand artists and other experts on architecture and decor participated in the project. All construction materials (except for white granite used for columns and 50-tonn glass chandeliers that came from Italy) were sourced from different regions of Morocco. An interesting fact: the French architect Michel Pinseau, who designed the mosque, was not even a Muslim. 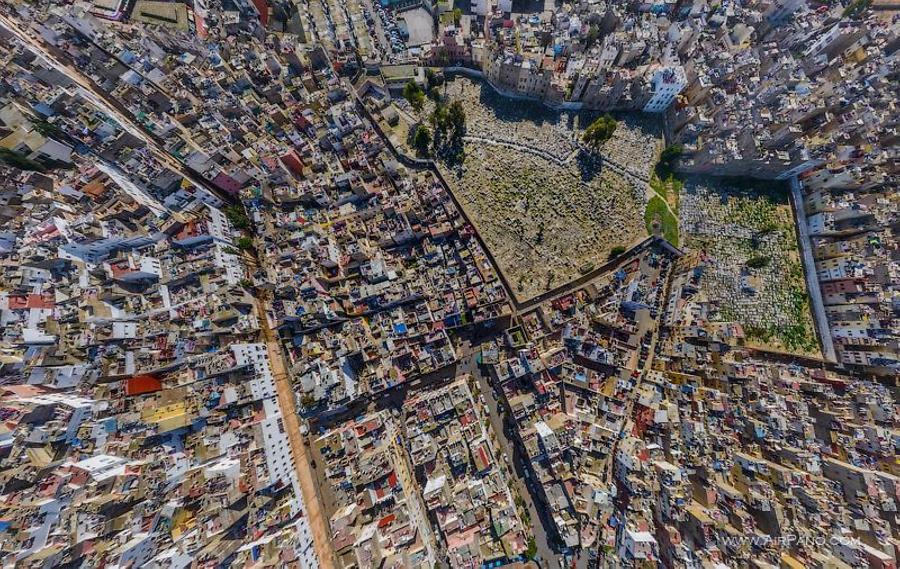 There are 78 columns made of pink granite in the prayer hall; the floors are adorned with golden marble and green onyx, and the roof is covered with bright emerald shingles. Advanced technology was used to protect the building from various weather conditions. For example, there are heated floors and a retractable roof, and the building itself is earthquake-proof. On top of the minaret, there is also a 30-meter-long green lazer beam, the light from which is directed towards the Sacred Mosque in the city of Mecca.

Half of the Hassan II Mosque territory is located above the water of the Atlantic Ocean. According to the architect, he was inspired by the verse from the Koran; «Allah's throne is on the water.» Based on this idea, he created the mosque in such a way that during high tide, praying people have an illusion of floating on top of the water, as if they are on board of a ship: the higher the waves, the stronger the illusion.

You can experience the grandeur of the Hassan II Mosque and other landmarks of Casablanca, such as the Neo-Gothic Casablanca Cathedral (Cathédrale Sacré-Coeur), Mohammed V Square, Temple Beth-El, bazars, parks, and picturesque eastern city streets by viewing our photo panoramas.

Our sincere thanks go to Dinyar Alyautdinov - attache of General Consulate of the Russian Federation in Casablanca, Morocco, who helped us to obtain permits and provided invaluable moral support during our photo expedition to Morocco.