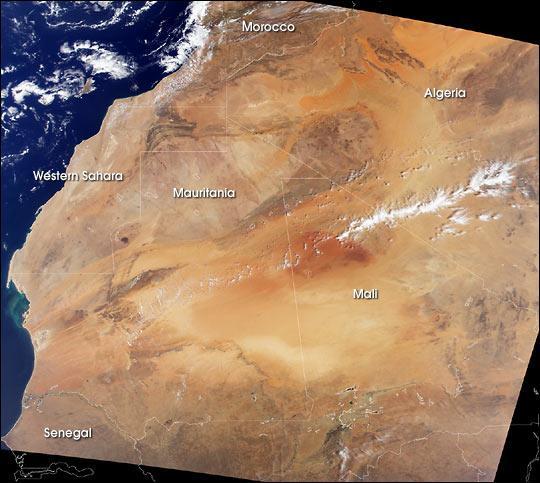 Photo courtesy of NASA., under PD
A remarkably clear satellite image of northwestern Africa vividly displays the extent of the Sahara. To the north are the dark brown Atlas Mountains of Morocco, to the west is the Atlantic Ocean, and to the south is the semi-arid (light brown) Sahelian region.

The largely desert composition of Mauritania restricts human settlement. Population centers are mostly confined to the Atlantic coast or along the Senegal River in the southwest.