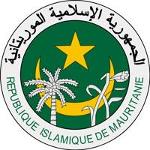 Independent from France in 1960, Mauritania annexed the southern third of the former Spanish Sahara (now Western Sahara) in 1976 but relinquished it after three years of raids by the Polisario guerrilla front seeking independence for the territory. Maaouya Ould Sid Ahmed TAYA seized power in a coup in 1984 and ruled Mauritania with a heavy hand for more than two decades. A series of presidential elections that he held were widely seen as flawed. A bloodless coup in August 2005 deposed President TAYA and ushered in a military council that oversaw a transition to democratic rule. Independent candidate Sidi Ould Cheikh ABDALLAHI was inaugurated in April 2007 as Mauritania's first freely and fairly elected president. His term ended prematurely in August 2008 when a military junta led by General Mohamed Ould Abdel AZIZ deposed him and installed a military council government. AZIZ was subsequently elected president in July 2009 and sworn in the following month. AZIZ sustained injuries from an accidental shooting by his own troops in October 2012 but has continued to maintain his authority. The country continues to experience ethnic tensions among its black population (Afro-Mauritanians) and white and black Moor (Arab-Berber) communities, and is having to confront a growing terrorism threat by al-Qa'ida in the Islamic Maghreb (AQIM).