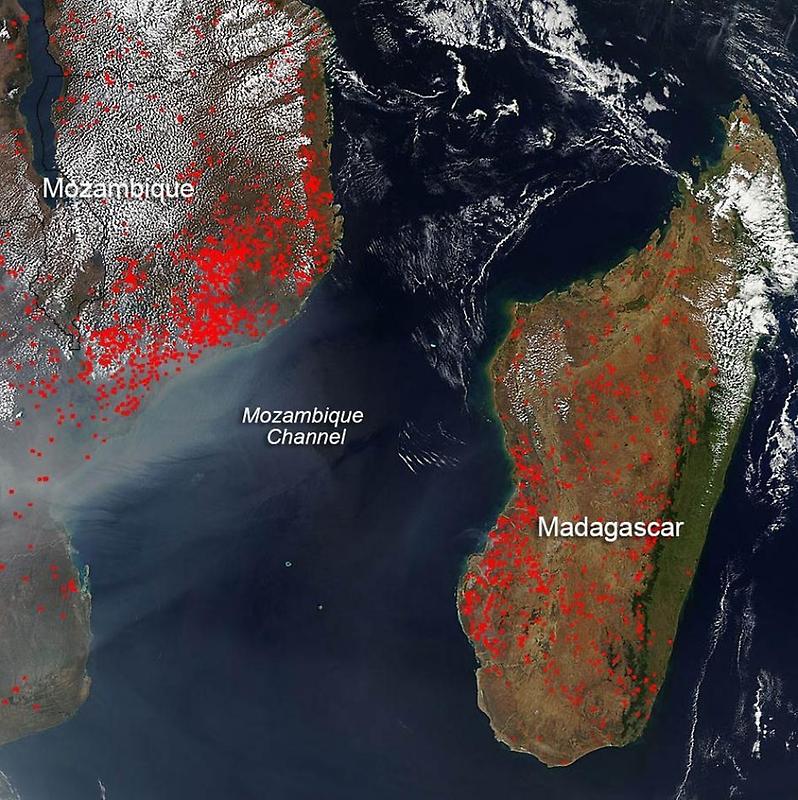 Photo courtesy of NASA., under PD
The location, widespread nature, and number of fires (outlined in red) in this satellite image suggest that these blazes were deliberately set to manage land.

Farmers often use fire to return nutrients to the soil and to clear the ground of unwanted plants. While fire helps enhance crops and grasses for pasture, the fires also produce smoke that degrades air quality. In Mozambique and Madagascar, the growing season runs from the first rains in October-November.

Thus, the clearing of lands in this early September image heralds the new growing season. Much of the once-green isle of Madagascar has been deforested via a combination of slash and burn agriculture for rice cultivation and doro-tanetry, a less intensive burning used to augment grass growth for cattle grazing. The fires mostly burn in grass or cropland, which is tan in this image.