Does Nairobi have anything in common with Saint-Petersburg or Rio-de-Janeiro? Three large and famous cities, having diverse climate and history and being situated on different continents, seem to be totally different from each other.

But still it is not so. As well as Saint-Petersburg, Nairobi was founded on a rather swampy area not so long ago. And as Rio-de-Janeiro, Nairobi has many slum districts which are so large that the overall number of citizens vary from three to four million people as it is impossible to count the inhabitants of these areas. 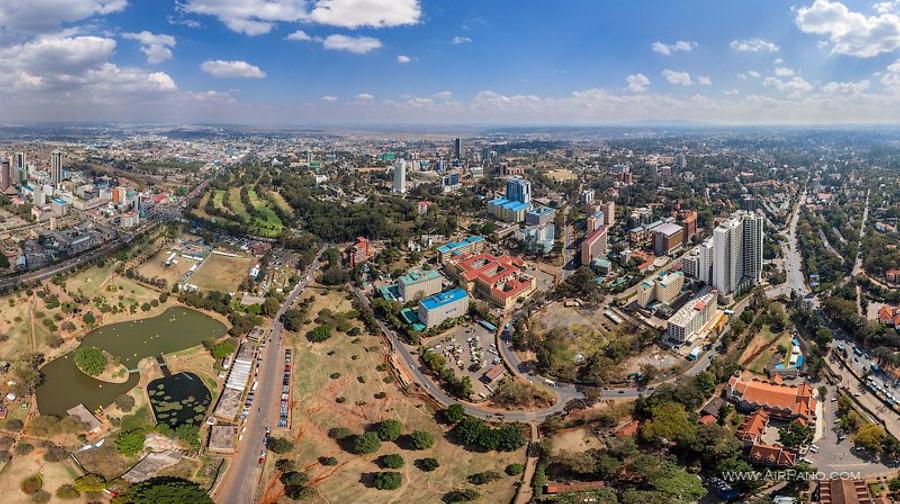 The history of Nairobi is a kind of a chapter called the 'Battle for Africa'. It was the period of fierce competition between imperial European countries for the ownership of African territories. The present location of Kenya's capital grants the city a geographic advantage, which was noticed by the British when they were building the Uganda railway in 1899. The spot situated at the altitude of 1,661 meters above sea level later became the Nairobi Railway station with its location between Kampala, the capital of Uganda, and Mombasa, that was the capital of the British protectorate. The climate at such an altitude is rather comfortable for a human and pernicious for malaria mosquitos. The word ‘nairobi' is translated from the language of the local tribe of Maasai as ‘cool waters', and there is a reason for it: the network of provides the area with pure drinking water.

All of this enabled a small station to quickly grow into an independent town. However, in 1900 due to the bubonic plague epidemic, the town was burnt to the ground. It was rebuilt anew in 1905 and even managed to take the status of the Capital from Mombasa. 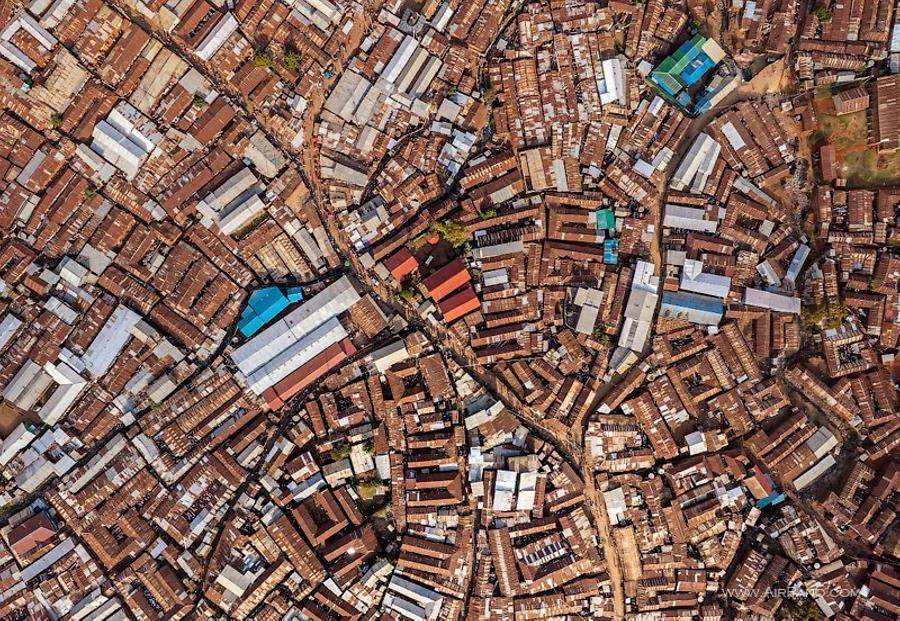 The growth of Nairobi continued, but the local tribes, who used to herd the cattle near remote mountain swamps, were disturbed. They established a movement called "For Land and Freedom" rebelling against the British occupation and local authorities. The peak of the resistance occurred in the middle of the 20th century, leaving lots of people dead. Then, finally, in 1963 Kenya became an independent state with the same capital — Nairobi. At that time the population of the city was around 380,000 people and by the 1980ies it has reached a million. 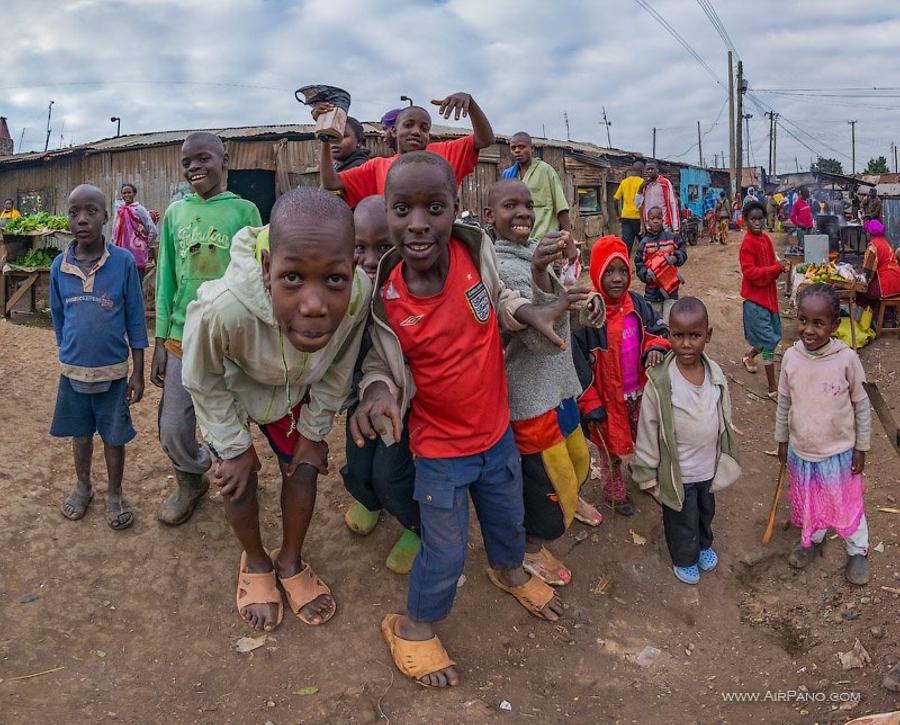 The present city of Nairobi is a medley of different quarters, varying from wealthy suburbs, which were the home to European colonists long ago, to the areas of slums. One of these districts called Kibera is famous for being the largest slum area in Africa. According to different sources, the number of inhabitants of this district varies from 200 thousand to one million people. 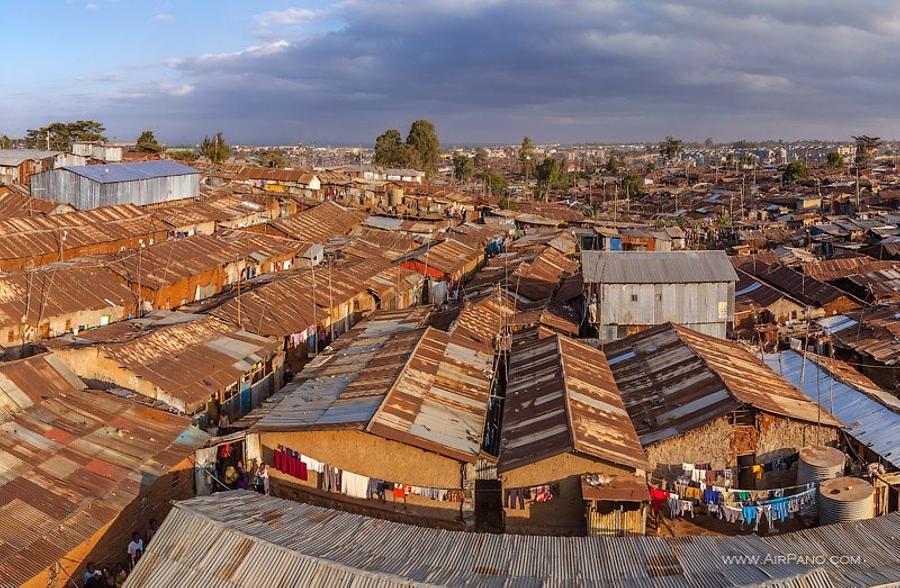 We cannot tell you the exact number as well, but we can suggest flying over this district by means of our panoramas so you can imagine it yourself. It is not only fast and convenient, but also safe, because Nairobi is a city with one of the highest crime rates in the world. But it would be unfair to say that there is nothing to attract the tourists. The capital of Kenya possesses several theatres, galleries and museums, including one museum of the legendary railway's history and of the whole country itself.

The genuine pride of the city is the largest skating rink in Africa — Solar Ice Rink, but the most famous sight of Nairobi is the National Park bearing the same name. About 400 species of birds and animals, including lions, giraffes and rhinoceroses, inhabit this Park. A rare city can boast of a large natural reserve situated within its administrative territory. 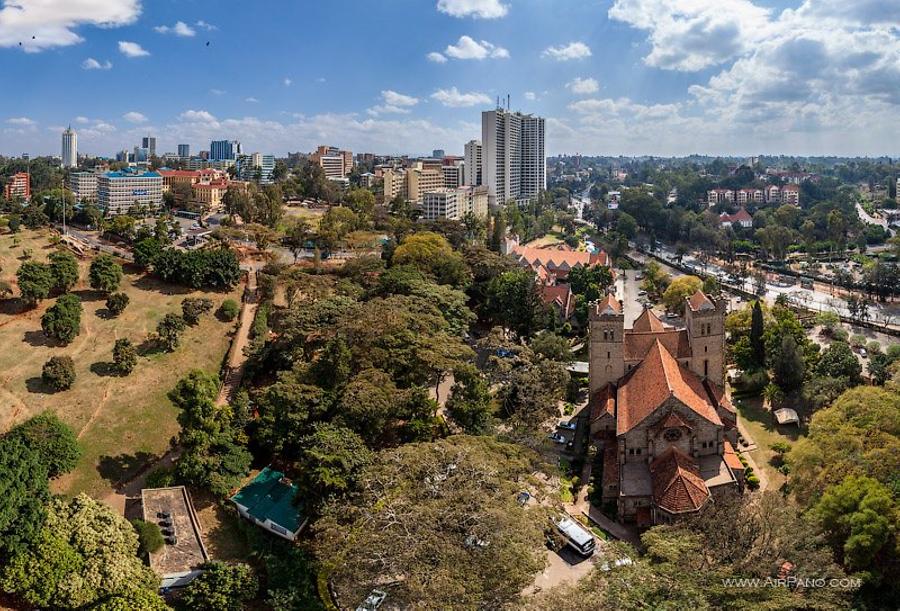 Nairobi is a rather green city, not sparing any lands for parks. In one of them you can find the monument dedicated to Jomo Kenyatta, the first President of Kenya. We hope that a trip over such an unusual city will bring you lots of pleasure.