From Cairo, where I was photographing the pyramids and the citadel, I headed southwards in the direction of Luxor. My flight was delayed and I arrived in the city in the late night. Soon, after quick bargaining with a taxi-driver I cut the price twice and got into the creaking car. It felt like this taxi was last serviced back in the days of pharaohs: the rear view mirror was attached with a wire, the bumper was about to fall, the engine failed every now and then, but still, our car moved on! Finally, I entered my hotel room and being totally exhausted fell on a bed. 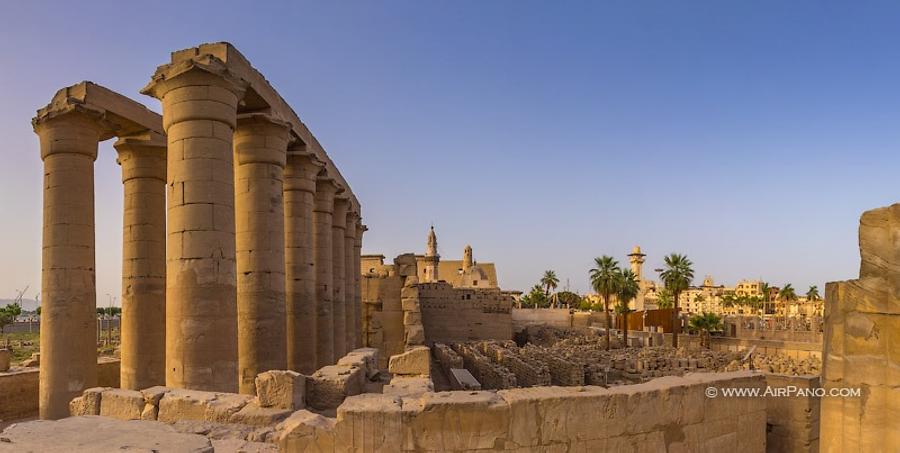 Colonnade of the Luxor Temple

In the morning I went out to buy some water and have a look around. Just in case of something interesting might come up I took my camera with me.

And I did see something interesting. A crowd of people was running towards me, all of them had long sticks which they used to ride herds of camels. I stepped aside to give way. And it was when the show began! A camel caravan appeared from around the corner. All of them were "dressed" in scarves and ribbons; all this festive procession was passing me by, accompanied by clamour and songs. Boys were pulling the rope to fence the crowd from the procession. I didn't hesitate to put on a bold face on and dived under the rope to join the parade. There were platforms with decorations, carts, cars and painted boats (they were carried on shoulders); all this was accompanied by songs and drums. It turned out that it was "Dora" — a festive march, veneration of Sheikh Abu Al Haggag, a rather respected Muslim saint and patron of Luxor. The mosque dedicated to him is also here. It was built atop the ruins of the ancient Amun-Re temple, which were covered with sand at that time. The stones appearing on the surface served as the foundation for the mosque. 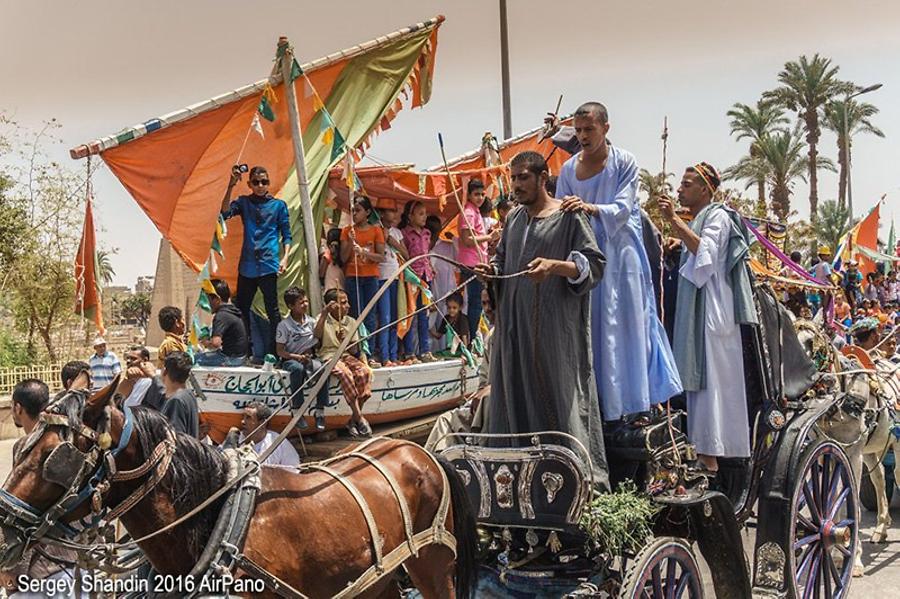 The festive procession was moving along the bank of the Nile, gradually deepening into the streets of the city. But suddenly someone took me by the elbow. "Sir, I'm a police officer. It is quite dangerous for you, a foreigner, to be here. If you want, you can stand with us near our car and watch it". Well, I had seen enough, and it was getting too hot in the sunlight anyway. So, I would rather buy some water and return to the hotel.

In the market where I went to buy water, I got acquainted with Ismail — a textile seller. He was the one to explain the things I had just seen. I thanked him and promised to drop in later to have some tea. 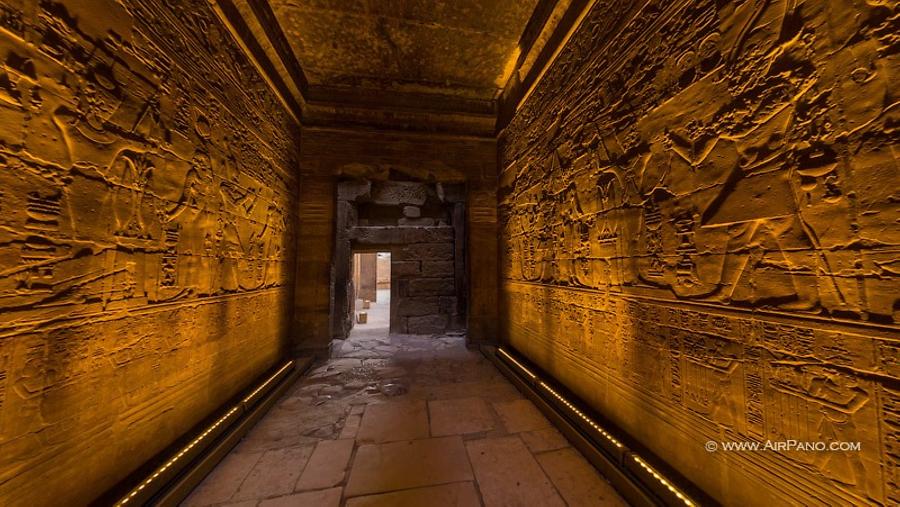 Later in the evening I went to Luxor Temple. The tremendous sculptures and columns looked absolutely impressive. I chose several good points, took some photos and then waited till it grew dark and illumination turned on to take some photos again. Twilight was descending, azan started to call for a prayer. It was a rather good day. 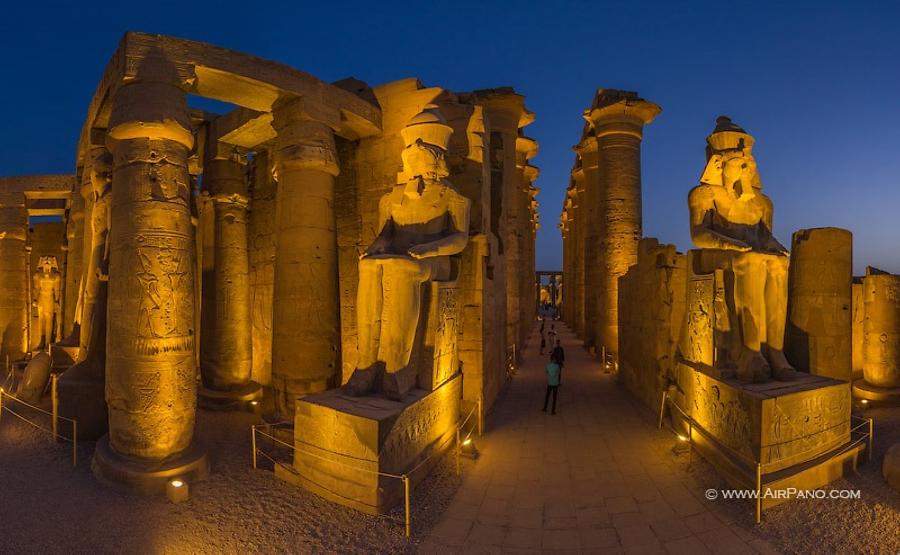 In the morning I headed for Karnak Temple — the main sanctuary of the New Kingdom. It is situated 2.5 kilometres from Luxor. Previously, the temples were connected by a large sphinx walkway. Now this way is being restored. 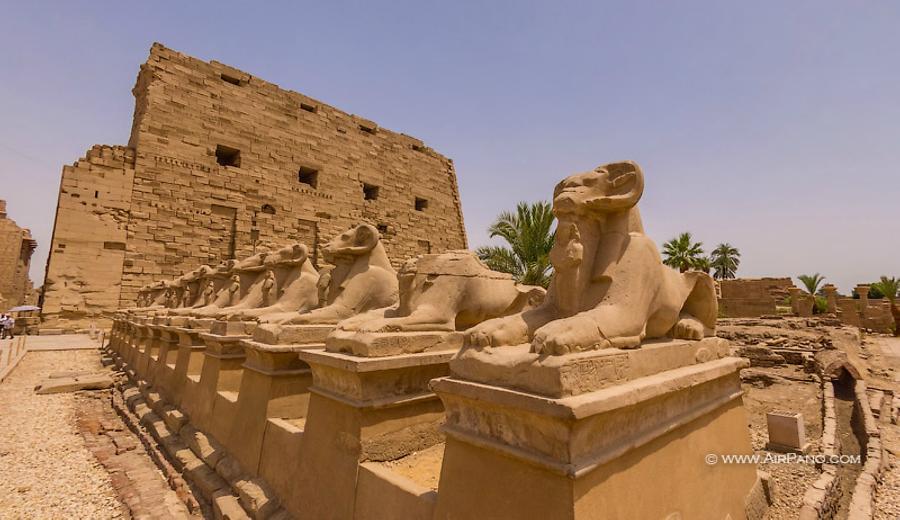 Karnak Temple is really huge: it has the total length of 1.5 kilometres. In fact, it is a whole city consisting of 33 separate temples and halls. The construction began in around 2,000 BC and lasted for 13 centuries. Despite the ancient age, many fragments, sculptures and pylons are still well-preserved.

The sun in the sky was getting higher making the stones extremely hot. By noon everyone had escaped the temple, except me. The cameras were continuously turning off due to the heat, and even in the shade it took them a lot of time to cool down. That was enough for the day. I bought a bottle of cold water and went back to Luxor.

On the embankment I met Captain Ben and we agreed on a boat-trip down the Nile river in the evening. At the scheduled time he was waiting for me. We descended on a pier. Our sailing felucca, being slowly pushed forward by the wind deliberately approached the middle of the river. Captain Ben was smoking, squinting at the setting sun. We listened to squeaking tackles. By sunset we had returned to the quay and from there I hurried to the Abu Al Haggag mosque. 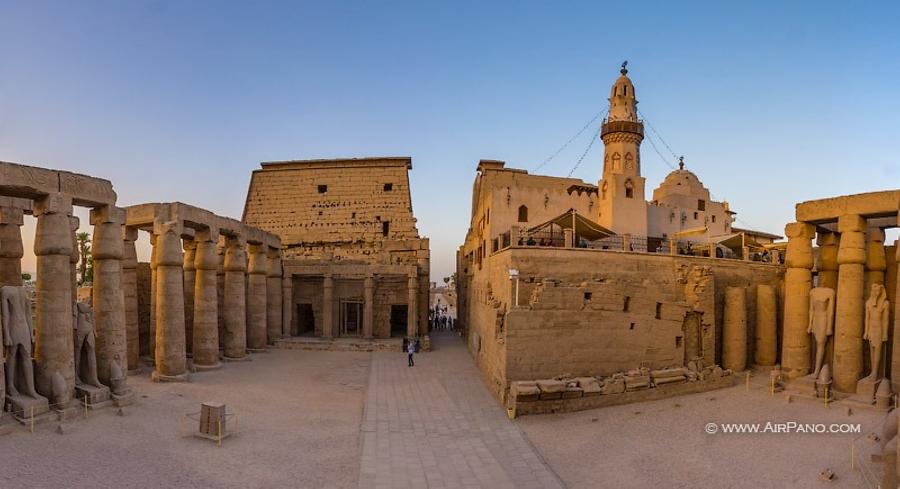 I was introduced to the imam of the mosque. He was very kind to let me take pictures of Luxor Temple from the balcony and show the premises of the mosque where old stones with ancient Egyptian writings could be seen. Later I was taken to the tomb of Abu Al Haggag, surrounded by numerous pilgrims. This was how my second day ended. 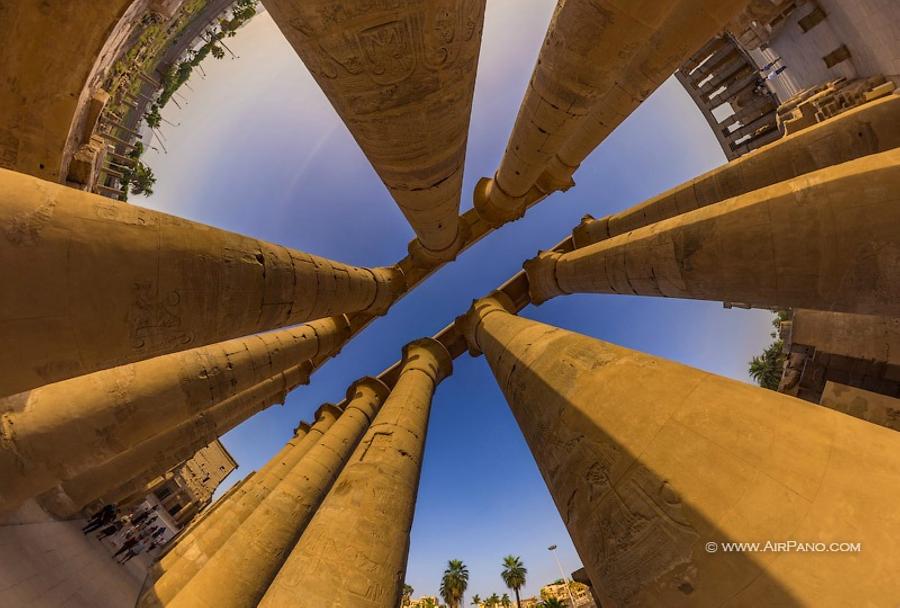 Colonnade of the Luxor Temple

As I had promised in the evening I paid a visit to Ismail. We drank tea, discussed some news, and I made some purchases in his shop. Generally, Egyptians are very open and friendly people: you can easily meet someone in the street, and half an hour later have some tea together.

The following day there would be three flights to make — it's time to go home. But a small part of Egypt will still be with me in my memories and photos.

16 Panoramas of Luxor in Egypt