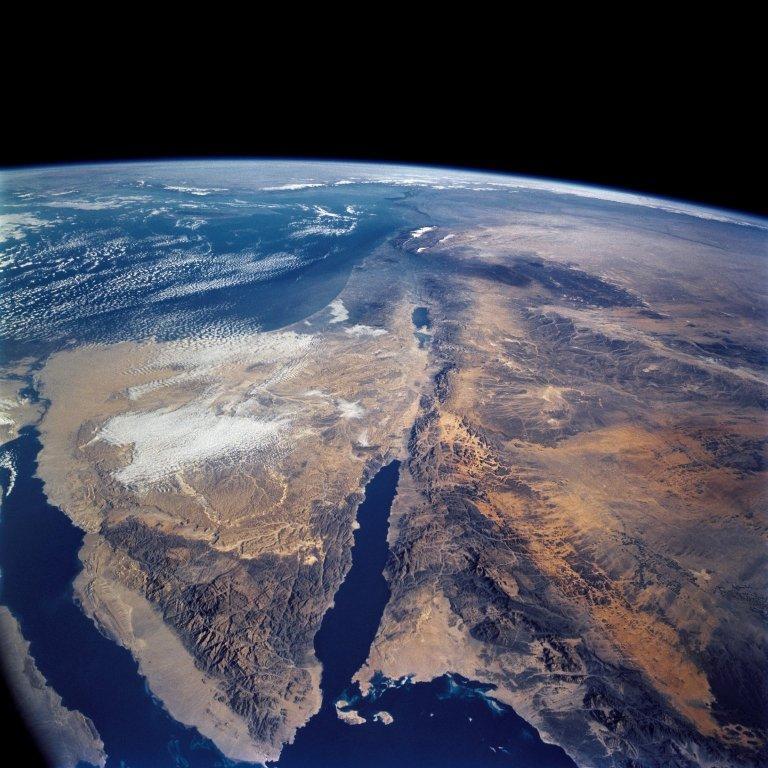 Image courtesy of NASA., under PD

The Gulf of Aqaba is the finger of the Red Sea (bottom center) pointing north to the Dead Sea, the small body of water near the center of the view. The gulf and the Dead Sea are northerly extensions of the same geological rift that resulted in the opening of the Red Sea. The Gulf of Suez appears in the lower left corner.