Chad. From N'Djamena to Ennedi Massif#

In the middle of the African continent, there is the country of Chad that was named after a lake. The territory of Chad is generally flat, but there are still certain elevations. In the southeast part of the country, there are highlands called Wadai (Ouaddaï) and rising at up to 1,666 meters; in the northwest, there is the Ennedi Plateau. It is a sandstone bulwark and its highest mountain, Basso, rises at 1,450 meters. Erosion, time and wind have created bizarre formations, such as columns, arches, towers and bridges. That's where our photographer Dmitry Moiseenko went to capture this beauty from above. 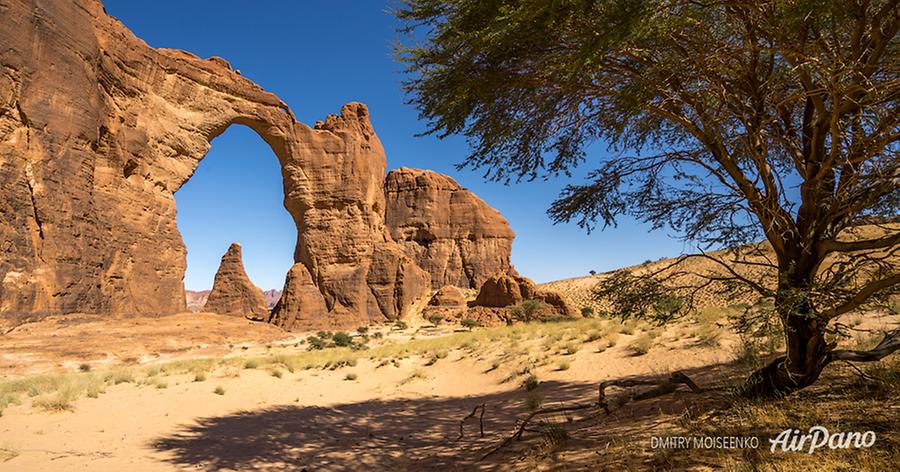 The first humans, hunters and gatherers, appeared here back at the Neolithic period when the climate of Sahara was more humid. They left numerous petroglyphs dated 5,000-8,000 years showing mostly animals. The majority of them are drawn with bright paints and 15% of them are scratched on a solid surface. 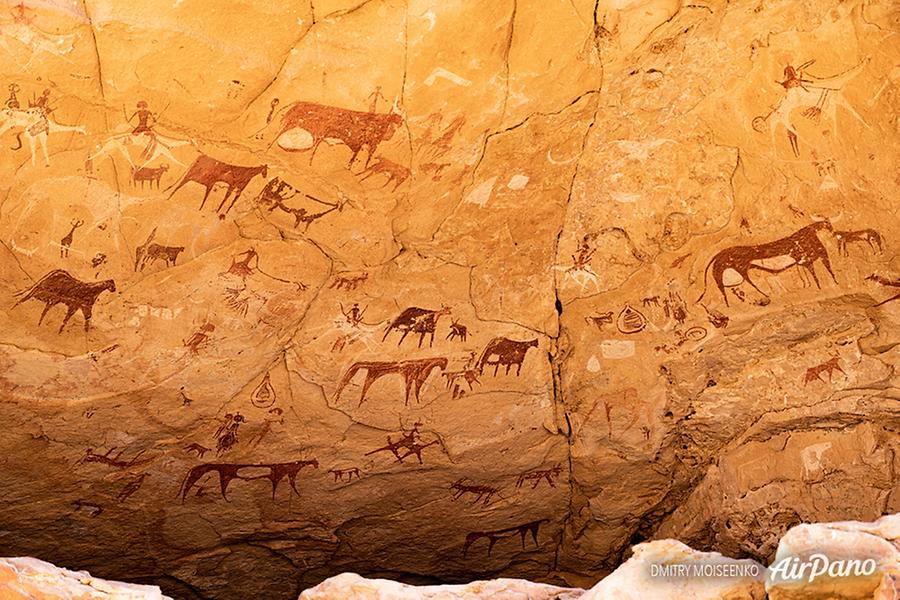 The overall area of Ennedi is around 60,000 km² and it can be compared to the area of Switzerland. It is a genuine nature reserve with small waterholes that find themselves among rocks. The largest one is located in the Archei region. A lot of goats, antelopes, cheetahs and other animals come to this ancient waterhole. Camel drivers come with their caravans and respect their turns: every new caravan does not enter the gorge until the previous one leaves in order not to mix the animals. The waterhole is the habitat of fish and the rare dwarf crocodile, and its banks welcome dozens of migratory bird species. The territory of Ennedi counts over 2,000 plant species. 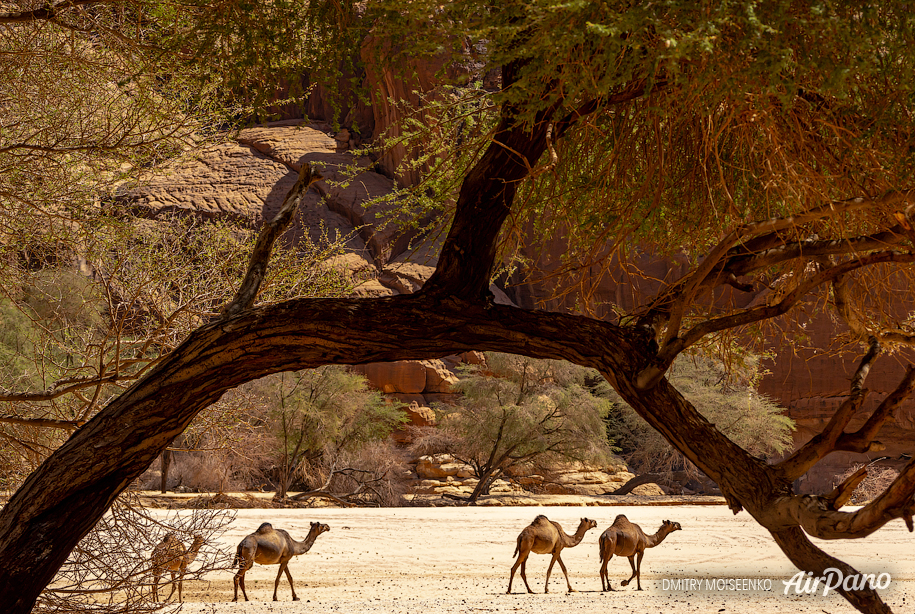 The UNESCO World Heritage list has only two objects from Chad, and the Natural and Cultural Landscape of Ennedi is one of them.

N'Djamena is the capital and the largest city of Chad. It was founded in 1900 as Fort-Lamy, a French fortification named after Amédée-François Lamy. His unit was the first one to cross Sahara and find the way to Lake Chad. The name N'Djamena was given to this city in 1973 and means "place of rest". 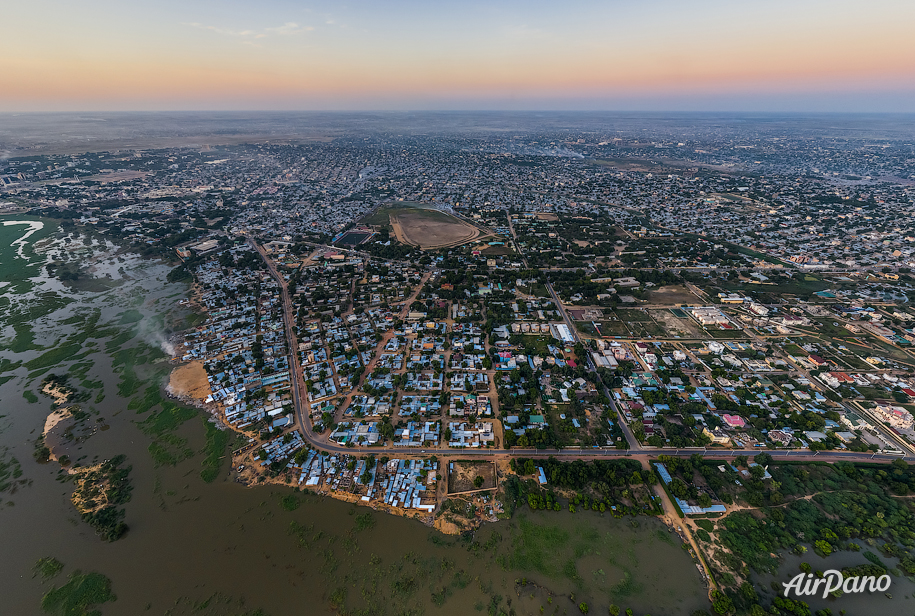 The capital lies in the southwest of the country at an elevation of 299 meters above sea level, on the right bank of the Chari River that divides Chad and the neighbouring country, Cameroon. Almost all the urban buildings are low clay houses, but the main street, the Avenue Charles de Gaulle, and some other places have majestic buildings. Hilton Hotel is one of them. This elegant complex was built on the bank of the Chari River in 2015.

Among other great monuments of the city, there is a cathedral, the Chad National Museum, a presidential palace, the Central Bank and several mosques. The country of Chad has a lot of interesting places throughout its territory, so AirPano will show them in our following virtual tours.

The author expresses his gratitude to Paganel Studio for a rare opportunity to visit such remote places, the support with equipment and the care of the daily routine. 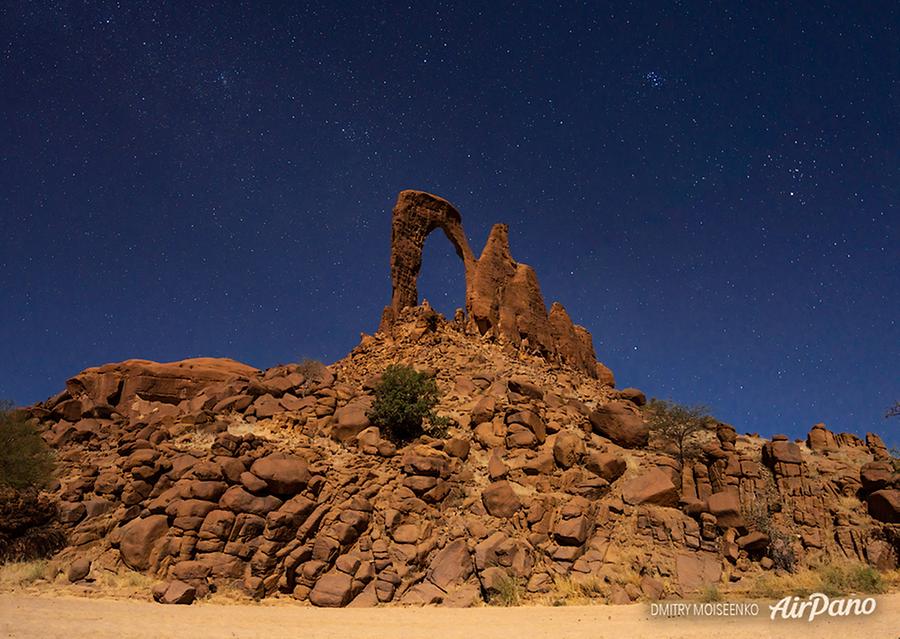