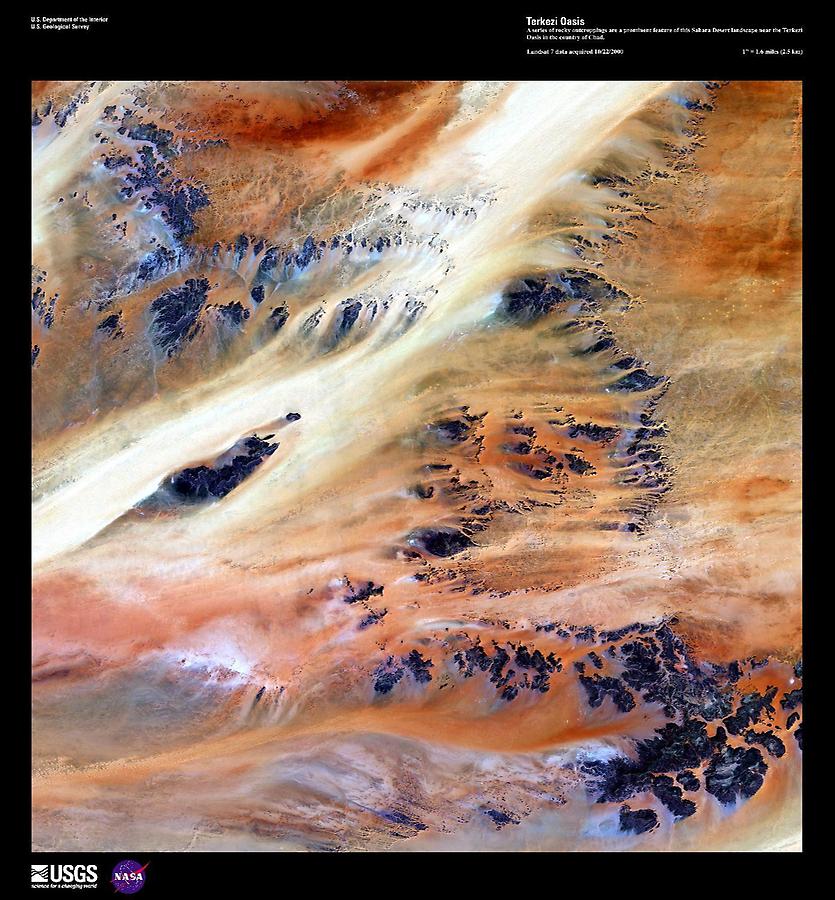 Image Courtesy of USGS, under PD

Only 10,000 years ago grasses covered the Sahara Desert and mammals such as lions and elephants roamed the land. Now only two percent of the Sahara hosts oases, patches of land usually centered on natural water springs where crops will grow and where nearly two million people live.

In this enhanced satellite image, a series of dark rocky outcroppings contrast with colorful windblown rivers of sand near the Terkezi Oasis in Chad.