Photos by Dmitry Moiseenko and Konstantin Lamin, members of the AirPano Team that is a member of the global-geography Consortium.

It is difficult to imagine our life in the 21st century without mobile phones, cars, Internet and other integral attributes of the modern world. But there are people on Earth who have still preserved the traditional structure of their lives with no place for achievements of the civilization.

We talk about different tribes that inhabit remote corners of Africa, America and Oceania. In the Bay of Bengal, for example, there is the most mysterious tribe living in the world — the Sentinelese. Now we know practically nothing about them: these people fiercely resist contact with the outside world and kill anyone who approaches their island. Scientists can explore their life and culture only being on a safe distance and by making photos from boats and helicopters. 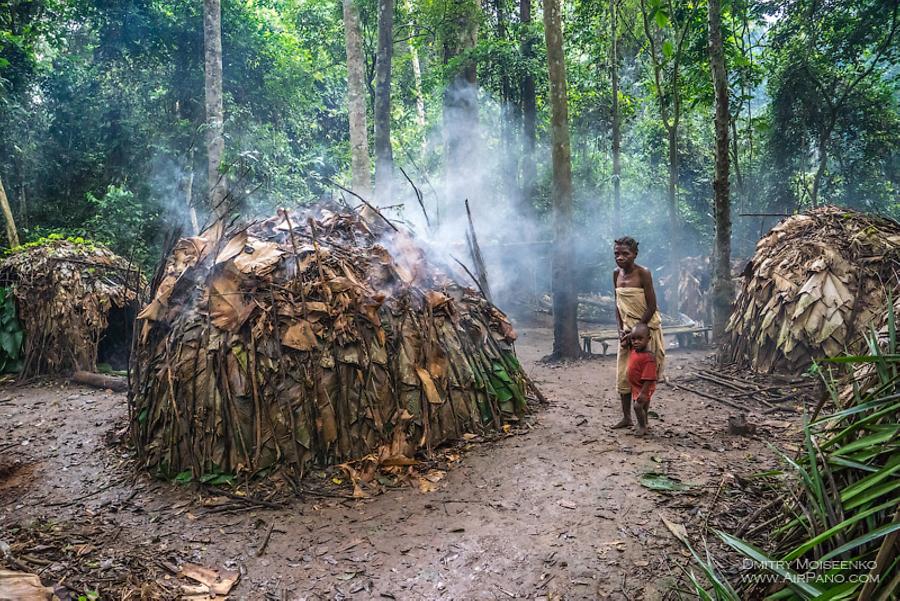 On the contrary, there are more friendly tribes in the world. Although they are not accepting the habits and technologies of modern life, they are ready to be in contact, show the secrets of their own life and even receive visitors. The Baka people inhabiting the rainforests of central Africa are among them. Their biggest community counting around 30,000 people is located in Cameroon.

As many other representatives of the African people, the Baka are diminutive with the average height of 120-150 cm. The existence of such small people was first mentioned by Homer who called them 'pygmies' (meaning 'people of the size of a fist' in Greek). Nowadays people tend to avoid this term as it is sometimes considered pejorative. However, there is no single term to replace it. 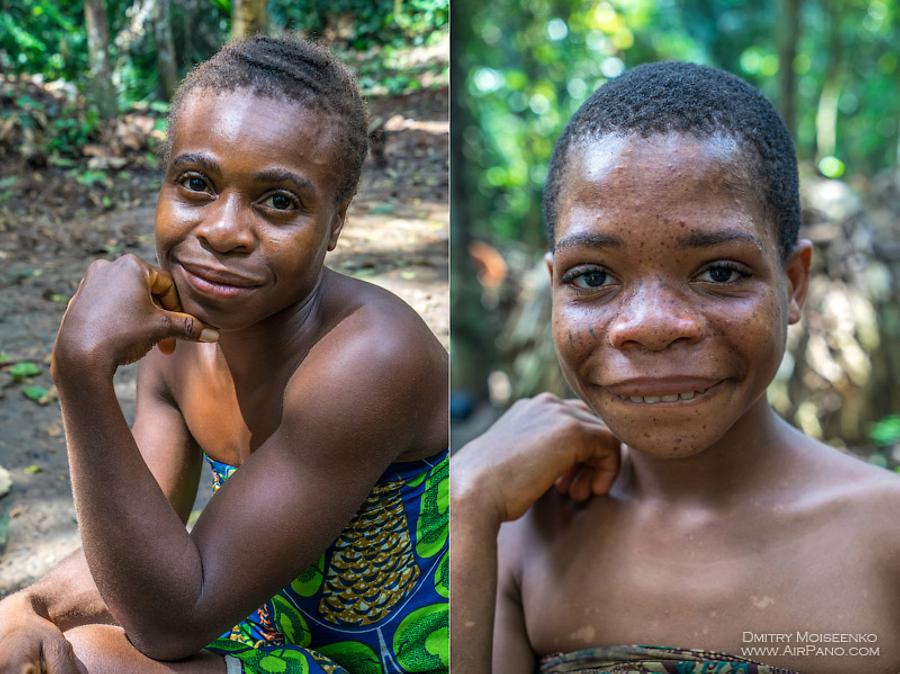 The Baka people have no settlements of their own: being hunter-gatherers and having semi-nomadic lifestyles, they often move from place to place. They build huts out of branches and leaves on every place they arrive at, and later they move to other places in search of food. When they stay longer in a certain place, they start beekeeping and growing bananas.

Fishing is the first thing small children are taught by their parents. And for fishing they use different advanced methods: one of them is extracting poisonous compounds from plants and dispersing this chemical on the surface of the water. It deprives fish of oxygen and makes them float to the surface. Another method of collecting fish is dam fishing, in which water is removed from a dammed area and fish are taken from the exposed ground. For hunting, the Baka use poisoned arrows and traps. 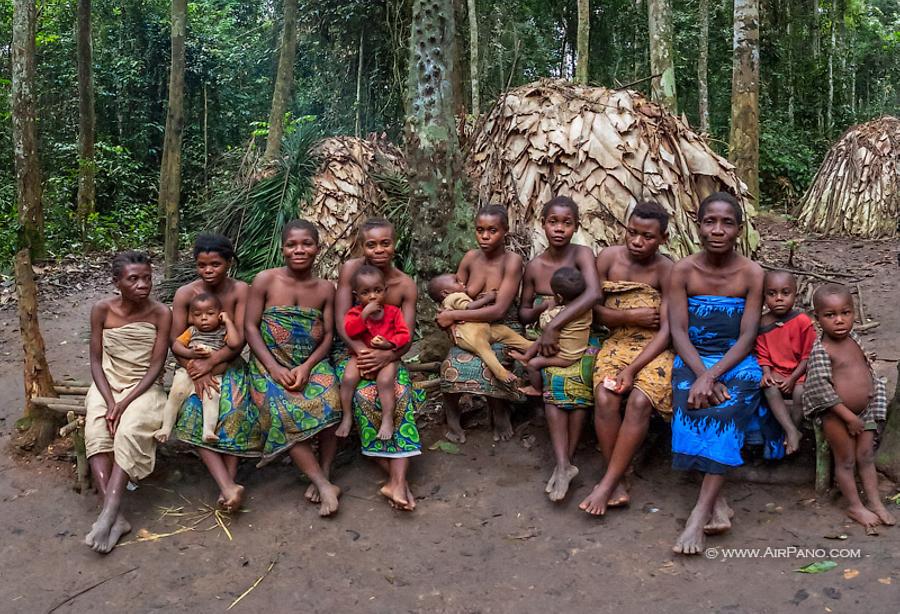 After successful gaining of food, the Baka perform a ritual dance in honour of the sacred forest spirit called Jengi. The ceremony is accompanied by the drumbeat and many-voiced singing. The ceremony of initiation of young boys is also called Jengi, but this event is secret and not so much known about it. But we know much more about their attitude towards death, which is considered to be not only a tragedy but also a misfortune for the Baka. The tribe is required to pray to Jengi and dance around the debris-covered corpse for an entire night. After a long night of dancing, the villagers depart from where they were stationed in order to flee the curse. 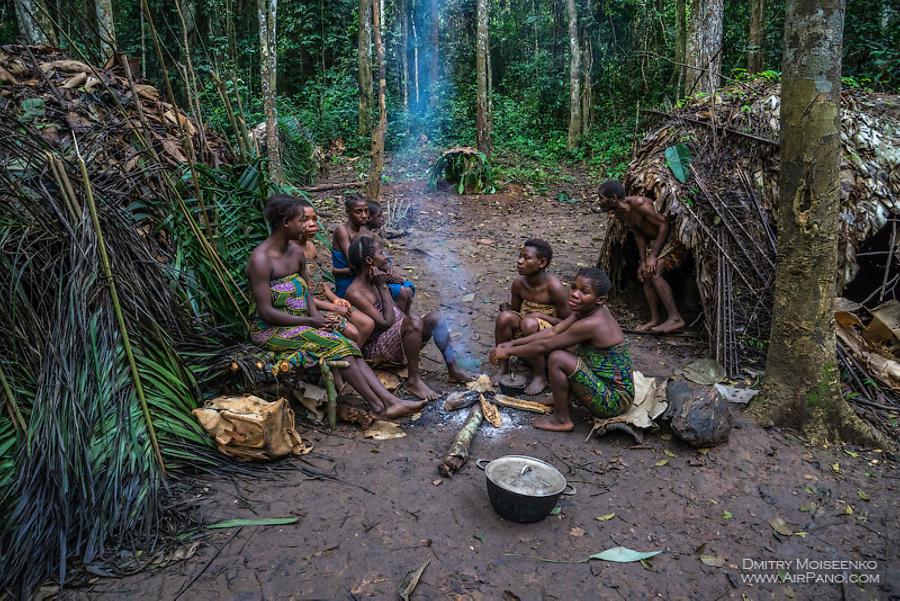 While living in a self-sustaining system, the Baka do not face many modern diseases. Their traditional medicine mainly involves herbal remedies; it is so renowned that even non-Baka seek out their healers for treatment.

Another Baka's unique feature is their own language. Unlike their neighbours' languages, the Baka have successfully maintained their language that comes from a different language family. Some of the Baka representatives also speak the languages of the other African tribes and even French — the national language of Cameroon. 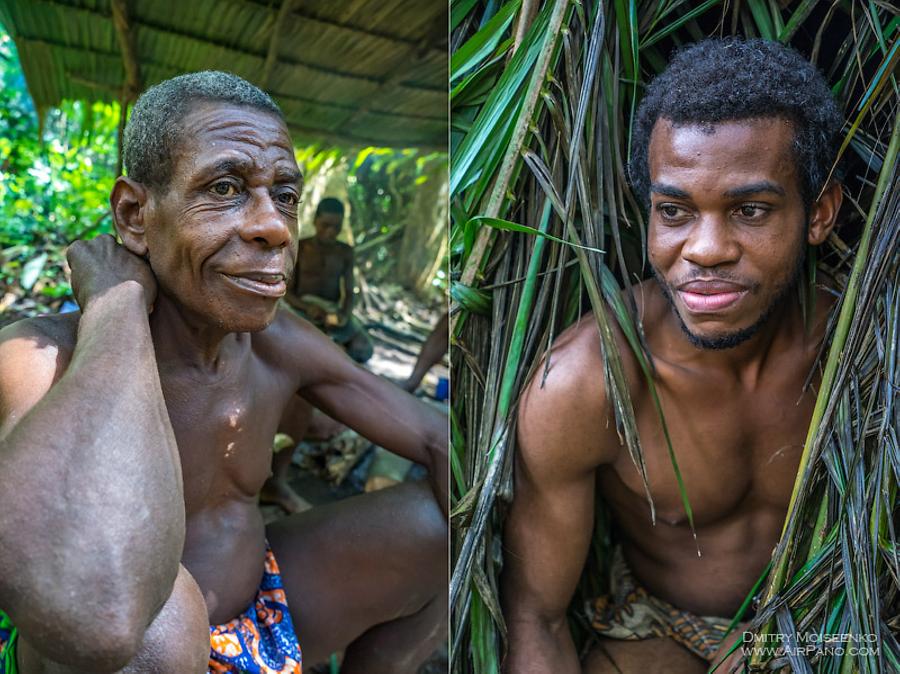 Unfortunately, the traditional way of life is threatened: deforestation deprives them of the possibility to move from one remote area to the other. More and more they have to come into contact with more 'civilized' neighbours: some people barter their prey and production for manufactured goods, others show their lives to tourists, some people try to send their children to school, but they face certain difficulties due to constant movement. Another threat has recently appeared before the Baka: once they found themselves near the village with a bar, they discovered alcohol which affected their demography. Rather than doing their traditional activities, they become more interested in spending time in a bar. In addition to it, their body is not prepared to digest alcohol. As a result, many people suffer intoxication and even die because of that.

AirPano panoramas captured in Cameroon will take you inside the lives of these interesting people — the last witnesses of the past, who try to save their historical traditions and gradually surrender to the aggressive civilization.

6 panoramas of Baka people in Cameroon