Photos and text by Sergey Semenov and Stanislav Sedov, members of the AirPano Team that is a member of the global-geography Consortium.

When speaking about deserts, we usually tend to imagine the area of endless sand under the blazing sun. That's not entirely true: the world's largest desert is a very cold place covered by snow. We talk about the Antarctic Desert covering the area of 14 million sq km. While the second largest desert of the world is just the hot one, the Sahara Desert in Africa. 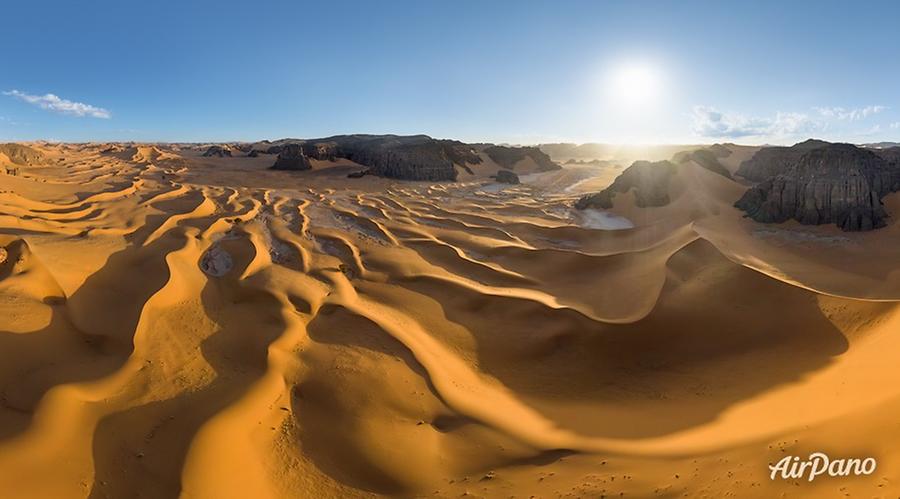 Occupying the area of 9 million sq km, it covers 30% of the total territory of Africa and is divided between many countries. AirPano team has created several panoramas of its northern part, on the territory of Algeria. It is an astonishing beauty: the area seems to be monotonous only at first sight, when in fact, the landscape is picturesque and anything but dull. 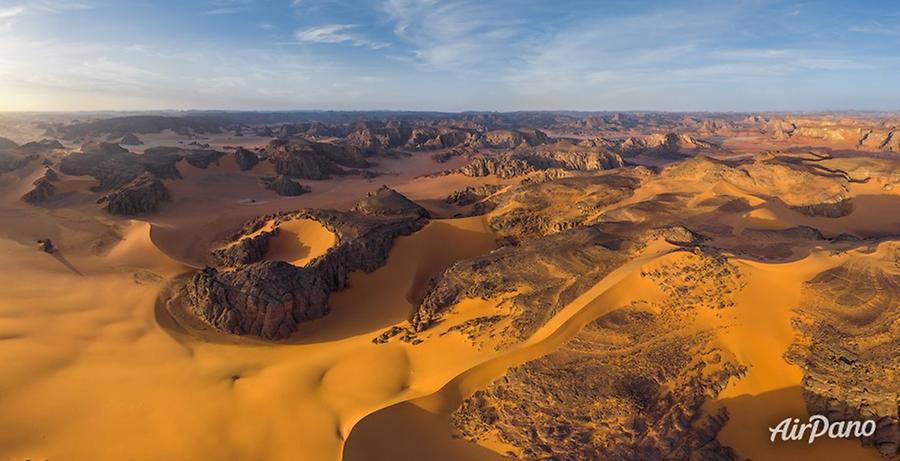 The name "Sahara", according to a certain version, is derived from an ancient Arabic word "sahra" meaning "red-brown". The landscape of the desert consists of plateaus, highlands, valleys, dunes having the shades of these colours. The sand massifs are so extensive that they have a special word for it in the Arabic language, "erg" (or "dune sea").

The largest ergs, the Erg Chech and the Erg Iguidi in the west, the Grand Erg Occidental and the Grand Erg Oriental, are located in northern Algeria. The sandy ridges of round, star-like, transverse, crescent and pyramidal shapes can be met here. Their average height is 150 meters, but there are dunes of 300 meters high, as well. They are fastened together by rare cereal or shrub vegetation and divided by clay passages.

Oases can be found between them, while in the ancient times there was a larger number of them. Thus, scientists have found the ruins of the Roman military camps, sections of caravan routes, remnants of olive pressing buildings and ancient irrigation systems on the territory of the Grand Erg Oriental.

There are rivers in Sahara, too! One of them runs through the Algerian Desert, known as the Wadi Igargar which is a dry riverbed that contains water only when heavy rain occurs. This kind of riverbeds helps to form barchan and star-like dunes: when overcoming these landforms, the wind puts the sand in a special way.

Taking into account migrating birds, the overall number of living species in Sahara is 300, including hyenas, baboons, cheetahs, donkeys, mongooses, monitor lizards. Just have a look at the strict beauty of the African desert — the place where extreme weather conditions created a fantastic and far from lifeless landscape. 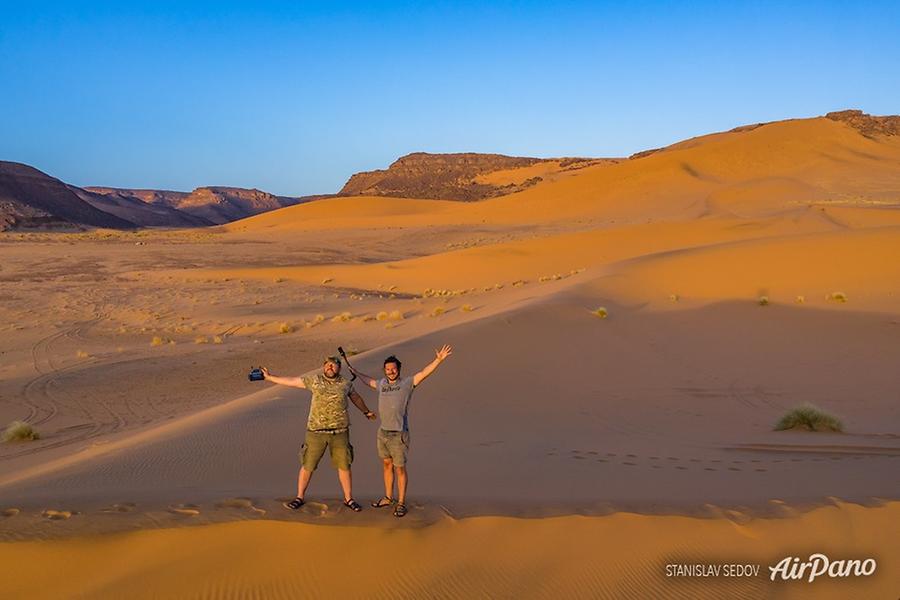 Our experience suggested that a trip to the Sahara Desert is not so expensive and not that complicated to organise as it may seem. For example, in Djanet, a city in southern Algeria, there are several travel agencies that are ready to take any tourist to the desert in an equipped car with a guide, driver and chief cook at the cost of $140 per day. But this kind of recreation is close to an outdoor activity as you will have to stay overnight in a tent.

The majority of Tuareg* guides (*a Berber ethnic group) are cheerful and helpful people ready to be photographed in their national clothes, treat tourists with the traditional Tuareg tea and bake a traditional bread on fire. Depending on a season, you can notice a riverbed with small pools and several water sources big enough to bathe in. Visiting different sights is also included in the tour. The plateaus, arches, unusual rock and volcanic formations that resemble statues, a huge number of ancient petroglyphs (dated 6,000 years BC) and a great number of various dunes of different colours ranging from light-yellow and red-brown to black are among these sights.

On your way, you can meet rare animals and birds: herons, camels, lizards, mouses, jerboas, fennec foxes and other inhabitants of the desert. There are also a lot of different snakes and insects. Before travelling you should carefully check the weather forecast: summer in Sahara can be extremely hot, while in February the temperature can drop to 0?. The most comfortable season for travelling here is the end of autumn or the middle of spring when the temperature is around +25...+30? in a daytime and +20? at night. Have a fun adventure!