Photos by Oleg Gaponyuk and Viktor Lyagushkin, members of the AirPano Team that is a member of the global-geography Consortium.

Over the years of work, AirPano team has captured many great corners of the world, including the North Pole and the Antarctic. In an attempt to reveal the beauty and the uniqueness of the Earth's landscapes, we even managed to rise in the stratosphere! And, on the contrary, to become better acquainted with the extraordinary underwater world we had to dive into the depths of the oceans!

Below the surface of the water, there is a special kind of life. Literally, no man has ever stepped here; at best, one can swim nearby. And, actually, many people do so: everyday diving is getting more popular. One of the most well-known places for this activity is the Maldives archipelago with its pristine nature. You can meet flocks of colourful fish here, as well as gracious manta rays. No words will be able to describe the Maldives' coral reefs, it is always better to see it with your own eyes. 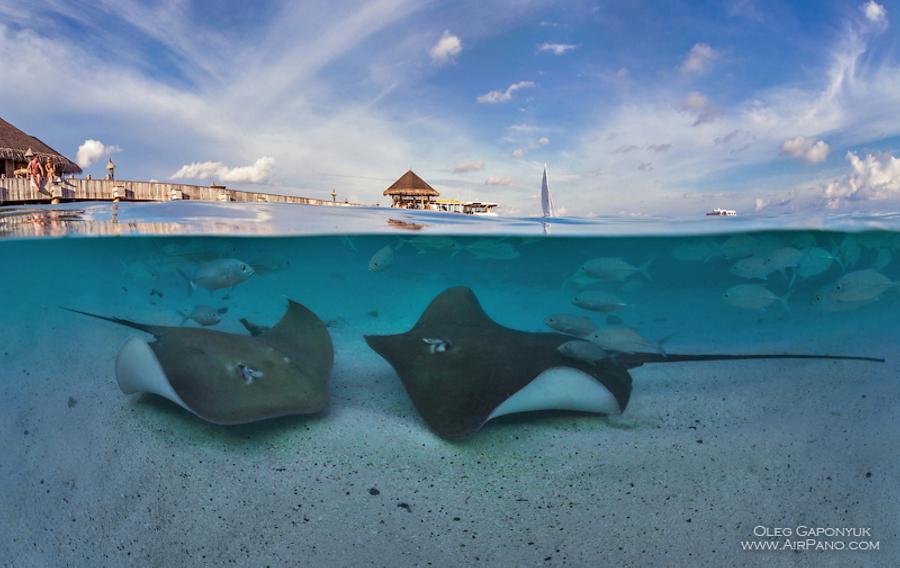 The reefs of Cuba are no less colourful. The honour of discovering this place belongs to the worldly recognised explorer Christopher Columbus. The pristine islands located in the Caribbean Sea were named to honour the Queen of Spain: Jardines de la Reina, Spanish for the Gardens of the Queen. Located at the depth of 25 meters and stretching through 150 kilometres, these coral beds are homes for different species of fish, jellyfish, molluscs and sharks. 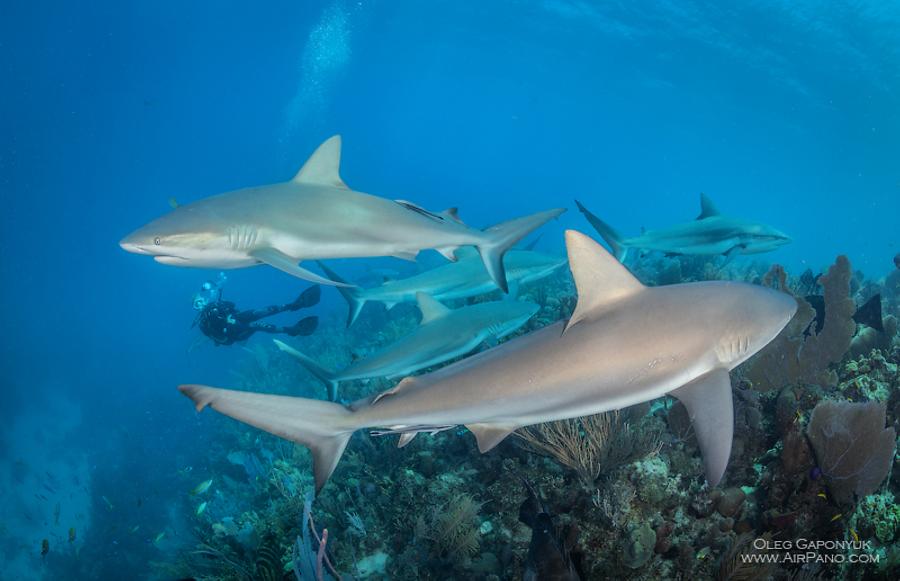 In the other warm corner of the Earth, in Australia, completely different marine inhabitants can be met. To compare the abundance of the marine fauna of different corners of the world you can watch AirPano panoramas. 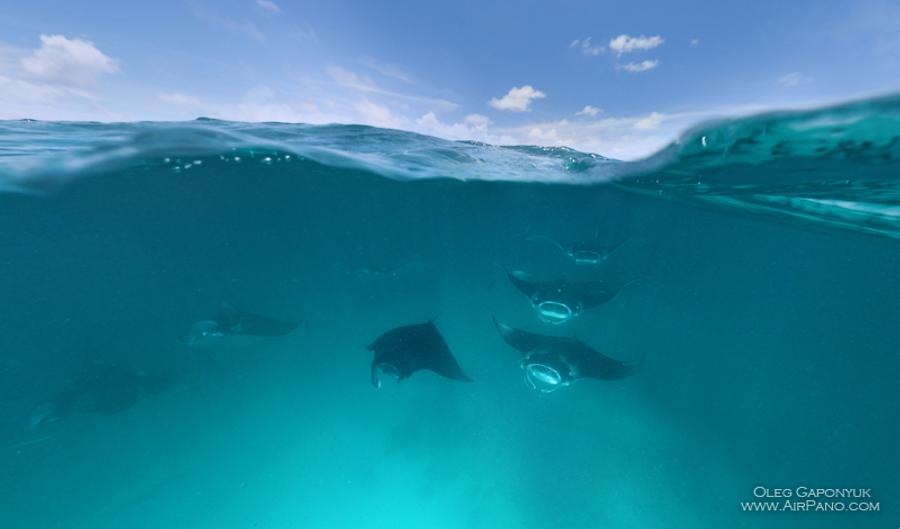 It is a mistake to believe that cold waters have less life in it. Corals, sea anemones, sponges, starfish, crabs and hermit crabs, sea urchins and shrimps feel free and easy in the most severe conditions of the White Sea, a marginal sea of the Arctic Ocean. During ice diving, when the visibility of water can be 30-40 meters, a truly beautiful underwater landscape opens up to you: rocks are getting deeper, the bottom is covered by fields of waving brown seaweed, and just near the surface there is drifting ice, resembling some ghost castles. 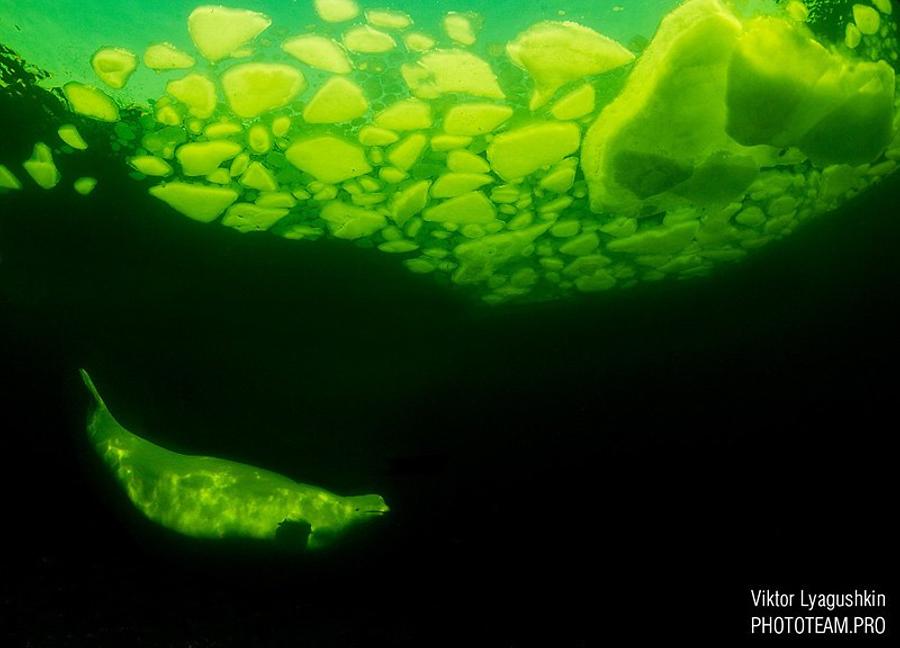 An absolutely different fantastic sight is available for divers in Mexico: there is the Pit Cenote (El Pit). The word "cenote" (ts'onot) means "a well": ancient Indians used to call so a sinkhole filled with water, that appeared as a result of a collapse of a limestone cave. According to legends, these sinkholes are the gates to the other world. The overall depth of El Pit is 119 meters, but diving to its full depth is not allowed, it is too dangerous. However, even diving to 30-50 meters can reveal an incomparable scene: thick waters are penetrated by rare sun rays while bizarre geological formations evoke associations with the kingdom of the dead. 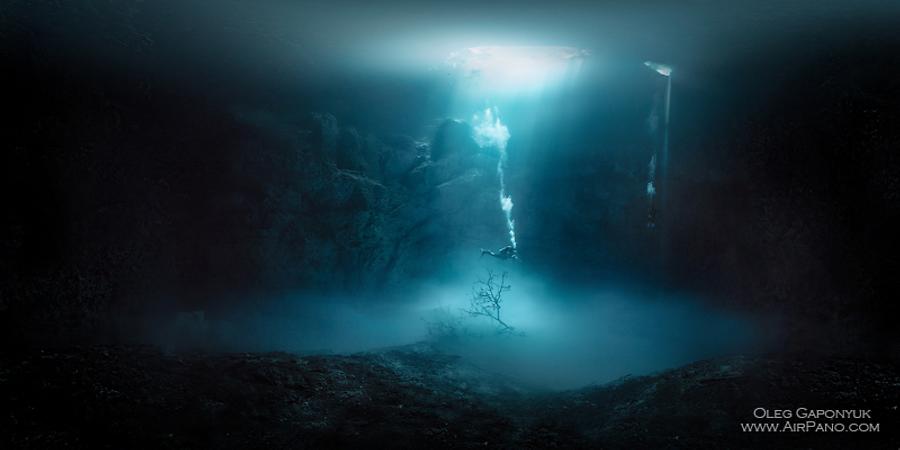 Another unusual cave is located in Perm Krai, Russia, and it is called the Orda cave. It begins with a 300-meters-long "dry" section and continues with a 4,600-meters-long underwater section. It is the longest underwater cave in Russia with the longest syphon (a hydrological term for an underwater passage) in CIS having 935 meters in length! The Orda cave was formed in gypsum rock - another feature making this cave special in its kind. Incomparably clear water makes it possible to examine many of its underwater galleries, but the extreme conditions (with water being only 4 C°) does not allow any visitors here. So the panoramas by AirPano give you the possibility to have a look at it.