The best panoramas made by AirPano in 2017#

The best panoramas made by AirPano in 2017

AirPano team creates 360°-panoramas and videos of different corners of the world. It is the demonstration of the beauty and diversity of nature; in addition, by creating architectural masterpieces the human also makes a contribution to the changing image of the planet. Looking back over the past year we have chosen a number of very different places: fascinating, incomparable and captured from unique perspectives.

You can have a tour not only over the famous Angel's Falls, the highest waterfall in the world but also over other Venezuelan waterfall named Acha. It is not so famous but no less fascinating. The colour of water changes depending on the thickness of the waterfall: its right side is almost transparent with the sun breaking through it and its thick left side is pulsing with shades of orange. In order to fully assess this marvellous phenomenon, AirPano team has created a panorama from inside this waterfall. 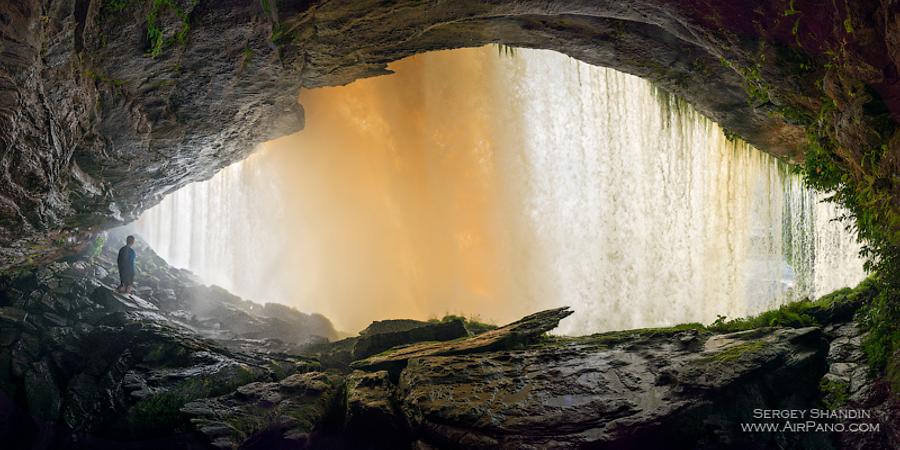 Another picturesque waterfall is Veliki Prštavac in Croatia, located on the territory of Plitvice Lakes National Park. The process of photographing took place in winter, which is not the usual time of visiting these waterfalls, making it possible to see them from a new perspective. 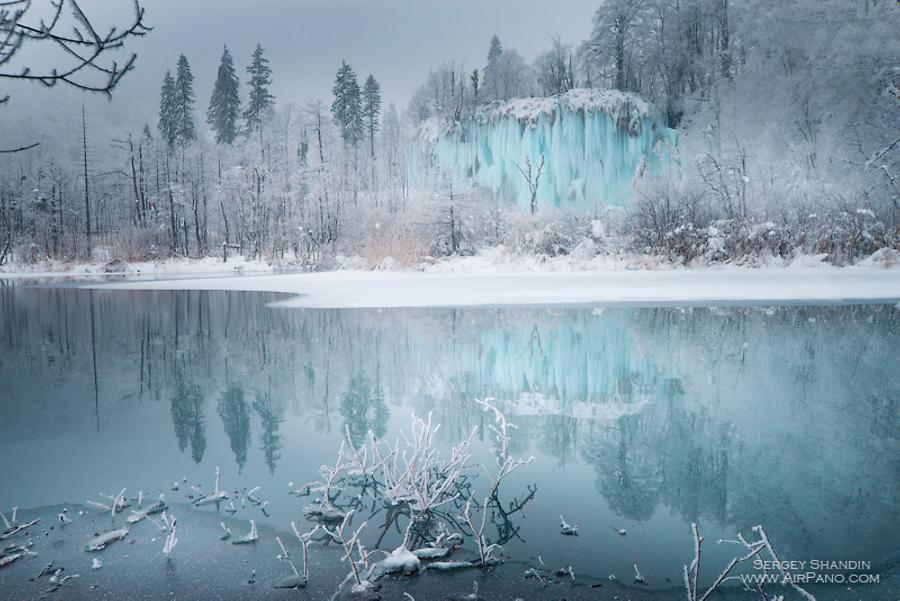 When winter covers the land with a white blanket, it compensates the colourlessness with the bright lights of aurora borealis appearing in the sky of Norway. Another stunning miracle that can be witnessed in the sky is the phenomenon of a "green ray". Before hiding behind the horizon, the solar rays are refracted in a special way in the atmosphere and a green flash can be visible and this phenomenon can be witnessed only in a few places in the world. The best one is Huahine Island located in French Polynesia. 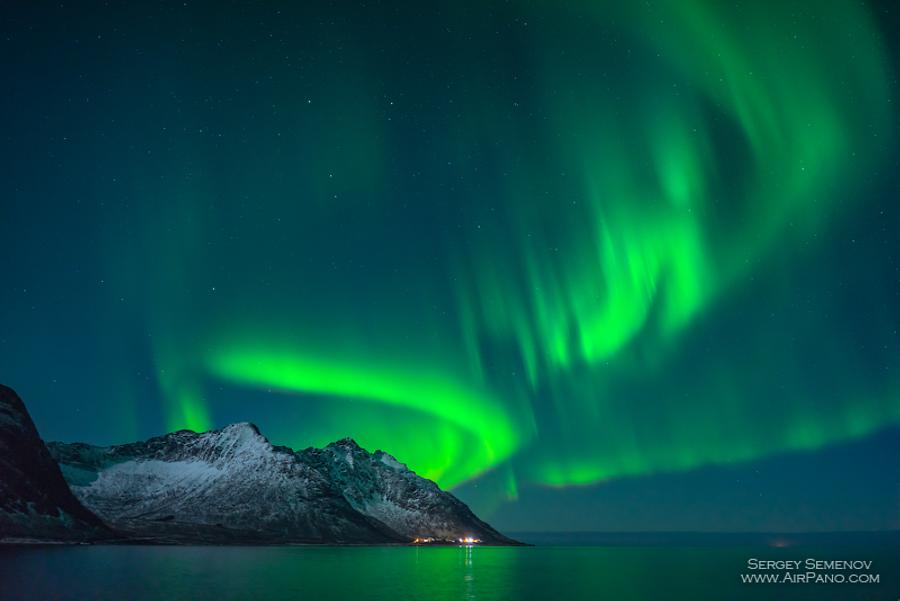 You can observe the beautiful underwater world with its inhabitants in the panoramas captured near Fotteyo in the Maldives and Jardines de la Reina in Cuba. To fulfil this "sea mosaic" we have included the above-water panorama of the famous resort of Saint-Tropez located on the French Riviera. 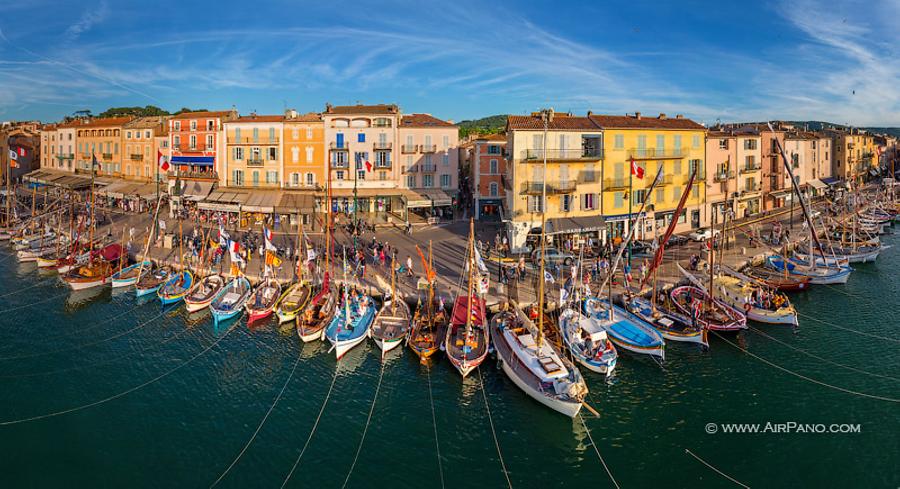 Let's move to the Far East! This part of the world is represented by the fantastic landscapes of Uzon caldera in Kamchatka and an unusual corner of China: Research Base of Giant Panda Breeding in Chengdu. In the first case, you can see with your own eyes different geological processes occurring on the Western thermal field; in the second case, a meeting with charming bamboo bears is waiting for us. 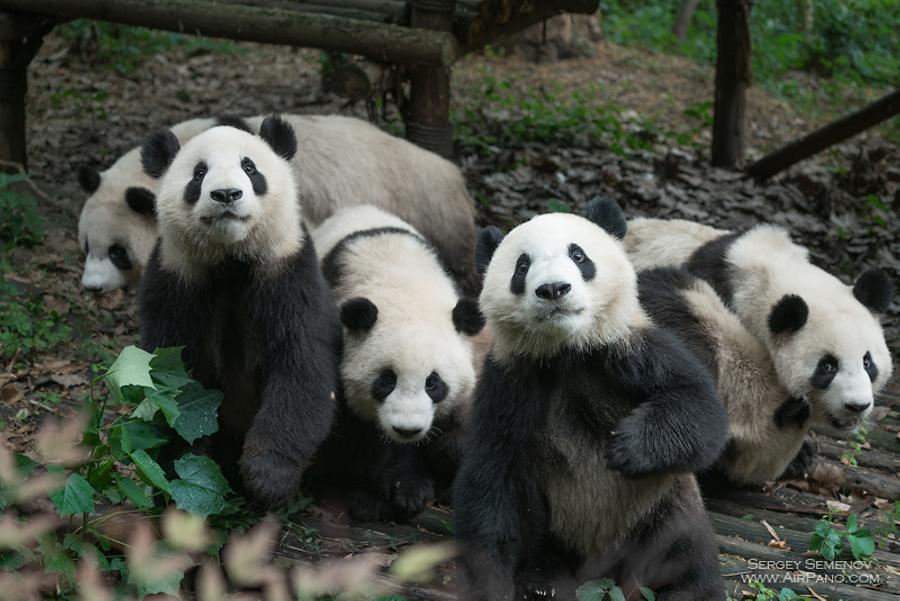 Some panoramas allow us to become better acquainted with interesting historical places. Among them, for example, the ghost-town of Kolmanskop in Namibia: it had lived for only several years in the beginning of the 20th century and now it is an enfilade of abandoned rooms filled with sand. In Bhutan, the photographers of AirPano captured a birds-eye view of Druk Wangyal Chortens (memorial Buddhist stupas), in Russia they took pictures of Targim towers, the magnificent examples of the medieval Ingush architecture.

One more place on the territory of Russia does not need an additional introduction: the Moscow Kremlin. The new panorama will show the neighbouring Manezhnaya Square and the Corner Arsenalnaya Tower.

The tour dedicated to the rehearsal the Russian Navy parade was captured in July 2017: more than 50 vessels and submarines, including the heavy nuclear missile cruiser "Peter the Great", gathered in the waters of the Neva River and the Kronshtadt sea road. This kind of events rarely can be witnessed alive, especially from above!

And, finally, no one would stay indifferent by meeting Venezuelan children living in the Orinoco Delta. The closeness of the water determines their life: they learn how to manage boats perhaps earlier than they learn walking. The benefits of civilization haven't come to this remote area, but it doesn't prevent them from being friendly and happy.

We hope that tours to these different corners of our planet will give you a positive spirit for the new year!

18 panoramas of The best panoramas made by AirPano in 2017