Religions of the world#

Religions of the world

Religion is not only the spiritual way of a person, it is also a highly appreciated cultural and historical heritage. Temples, initially created to worship higher forces, later became world recognized monuments. AirPano invites you to get acquainted with the best architectural masterpieces of the major religions of the world.

Buddhism, having an ancient history which spreads over the centuries and unites millions of people all over the world, has caused the creation of a great number of temples. The majority of them are located in Asia, and you have a good opportunity to compare their diversity. These are the ancient capital of Myanmar, Bagan, with thousands of pagodas, stupas and monasteries still remaining in the city; Tiger's Nest and many other outstanding religious constructions of Bhutan, and, finally, the Temple of Heaven in China.

Another significant religion of Asia is Hinduism. It has many flows so the number of Hindu temples in the world can not be counted even approximately. But it is precisely estimated that the largest Hindu temple of the world is Swaminarayan Akshardham (the God's Residence) in Delhi. It rises at 42 meters high, spans 94 meters wide and extends 106 meters long. 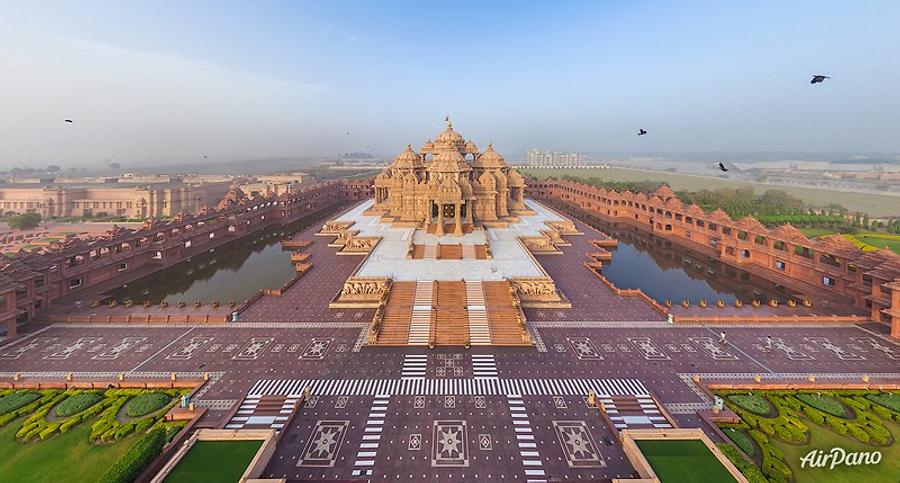 Akshardham is a rather new construction: the complex was fulfilled only in 2005 and the creators were inspired by the best ideas of the Hindu architecture. In order to have a look at the "traditional" Hindu temple, check the panoramas of Prambanan Temple in Indonesia: this majestic complex had been under construction in between the 8th and the 9th centuries. Not all the 200 monuments of this temple have survived till nowadays, but those that remained can leave you speechless with their majestic grandeur.

Islam in our selection is represented by not the less significant monuments referring to different epochs. Basilica of Hagia Sophia in Constantinople (modern Istanbul) is the true symbol of the "Golden Age" of the Byzantine Empire. The Blue Mosque, which was built in between 1609 and 1616, is standing quite close to it. One of the largest mosques of Europe is the Akhmad Kadyrov Mosque situated in Grozny and opened in 2008. Its total area is over 5000 square meters and it has a capacity for over 10 thousand people. 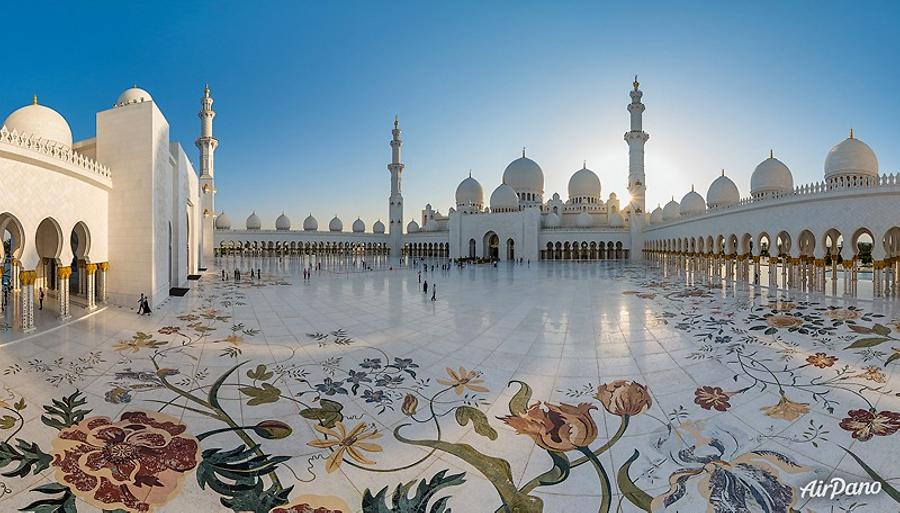 Meanwhile the Wailing Wall in Jerusalem will not impress you with its architectural exquisiteness, but it is one of the most significant objects in Judaism, one of the most ancient monuments in the human history and the symbol of faith and hope for millions of people. 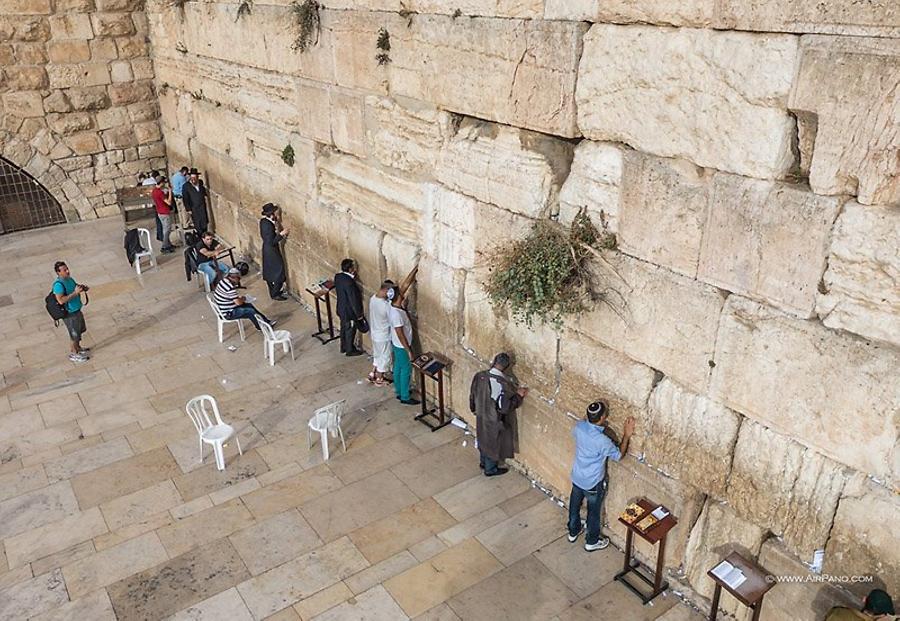 The Western Wall also known as The Wailing Wall or the Kotel. Jerusalem, Israel. Judaism
© AirPano

Architecture of Catholicism features such great and worldly-recognized masterpieces as St. Peter's Basilica in Vatican, Saint Vitus Cathedral in Prague, Notre-Dame de Paris in the capital of France. Created in the best traditions and canons of their epochs, they became not only important religious monuments, but also enriched the world's cultural and historical heritage.

One more construction included into our virtual tour is Basilica of the Holy Family (Sagrada Familia) in Barcelona. The author of this church is Antoni Gaudi, who created his own incomparable architectural style. And that is why Sagrada Familia does not look like any other catholic cathedral, and his own approach is recognised in all the details. In addition, it is one of the most famous long-term construction projects in the world: neither Gaudi, nor his successors could fulfill the building. According to the latest perspectives, the estimated date of completion of the construction is 2026, the centenary of Gaudí's death. 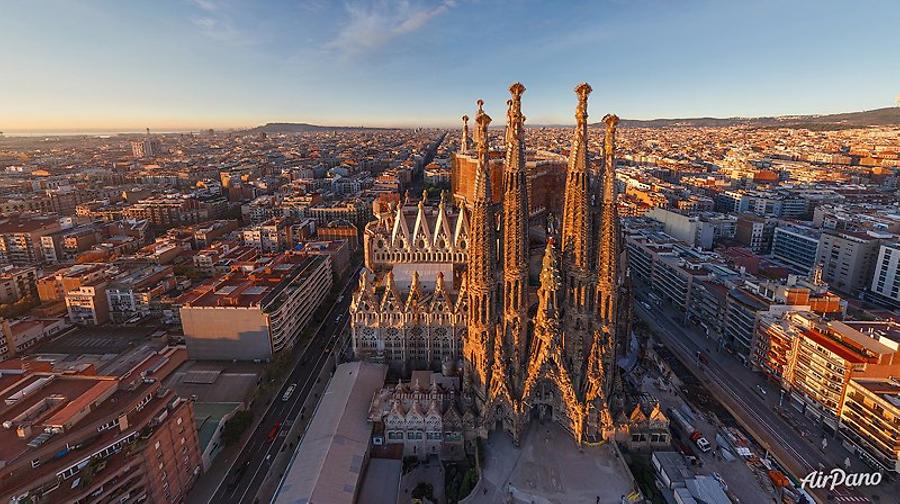 Orthodoxy is also defined by numerous architectural styles; the scale of the construction is also different. But each of the cathedrals, whether it is a tiny church of the Intercession of the Holy Virgin on the Nerl River, or the largest Russian male monastery of Trinity Lavra of St. Sergius, all of them are truly outstanding examples of the spirituality, the talent and the most significant historic events of Russia. The Holy Trinity Ipatyevsky monastery in Kostroma played an important part during the period of the Time of Troubles, meanwhile the Cathedral Square in Moscow is not only the heart of the Kremlin, but of the whole country.

You are invited to have a tour around the famous sights of the world, that appeared due to religions.

26 panoramas of Religions of the world