"An affirmative form of the relief" or "abrupt elevation of the earth's surface" - that's the scientific definition of the word "mountain", but that's not what we actually think of it. For many people mountains in the first place are strongly associated with romantic, wild nature, fresh air and incredible landscapes. And now you can witness all this beauty with the help of the AirPano panoramas.

The highest peak on Earth bears two names simultaneously: local Chomolungma (Tibetan for "Goddess Mother of Life") and international Mount Everest. Occasionally the mountain changes its altitude, but rather insignificantly: its current official height is 8,848 as recognised since 8 April 2010, but after the 2015 earthquake it has reduced by 2,54 centimetres. 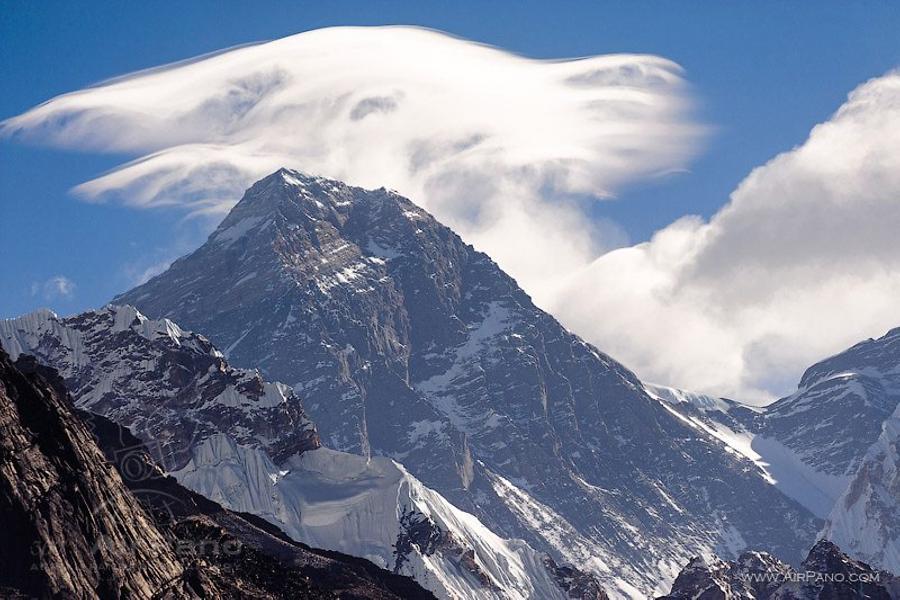 The European highest point is considered to be Mont Blanc lying on the border between France and Italy, and, probably, Russian mountain Elbrus. The point is that there is no distinct border between Europe and Asia, and each of the parts of the world can refer Elbrus, which has two peaks rising at 5,642 and 5,621 meters above sea level, to their own territory. Have a look at both this record-breaking mountains, and even stars above them! 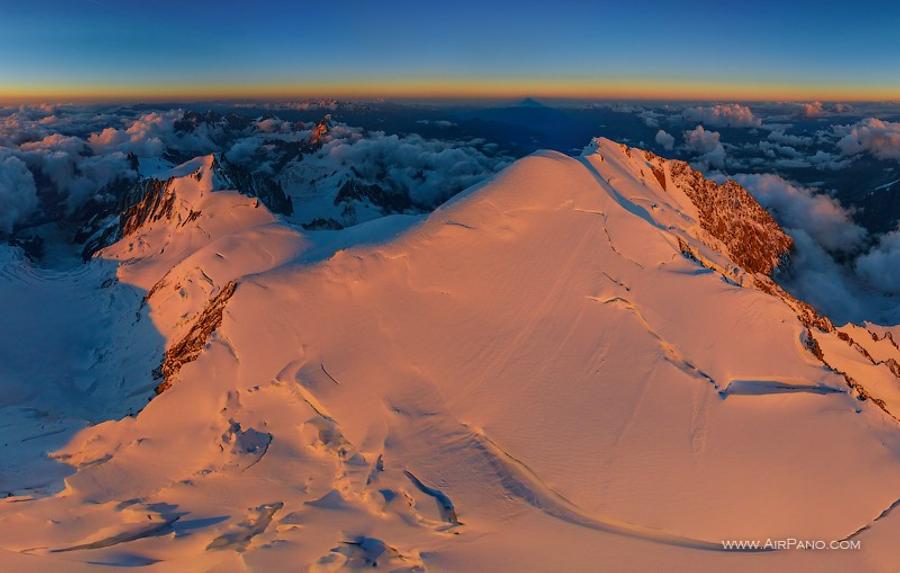 Much more often mountains become famous not only because its height, but also due to the beauty of the landscape together with accessibility for tourism. In Europe both these criteria can be met in the Alps, and especially the part that is named the Dolomites. Covering the area of 15,9 thousand square meters, stretching approximately 150 kilometres and having 18 summits above 3,000 meters, this massif possesses couple of dozens ski-resort with the total route length of around 1,260 kilometres.

The most famous resort towns in the Pennine Alps are Swiss town Zermatt and Italian Breuil-Cervinia, both lying at the foot of the 4,478 meters high mountain of Matterhorn. And finally, the amazing Alpine resort Saint-Moritz in Switzerland can offer not only many stunning peaks, but also the highest mountain in the Eastern Alps - the 4,048 meters high mountain of Piz Bernina.

AirPano project has travelled to many places all around the world, including China. This country is rich with great number of cultural and natural monuments. One of them is Guilin National Park. The peaks that are actually limestone formations once were hidden by the sea and later arose from it due to severe earthquakes. Nowadays these mountains elevate at around 100 meters high and stand quite close to each other almost vertically. They are covered with vegetation that change its colour depending on the season. Right in the centre of the park there is a 152 meters high Duxiu Feng, its name means "Solitary Beauty Peak".

There are many mountain ranges in Russia, but, probably, nothing can compare to the beauty of Kamchatka and its volcanoes. Some of them are not active (for example the 2,173 meters high Viluchinsky volcano and the 2,161 meters high Kambalny volcano), but the majority of them, such as Mutnovsky (2,322 meters) or the massif of Tolbachik (3,682), erupt regularly. So, our panoramas can show not only the calm beauty of Kamchatka's mountain landscape, but also the "living" breath of two volcanoes: Plosky Tolbachik (3,140 meters) and Klyuchevskaya Sopka (4,835 meters). By the way, the latter one is a 7,000-year-old volcano that is also the highest active volcano in Eurasia.

In reality expeditions to the mountains can be associated with many difficulties: oxygen deficiency, enormous physical activity and even the danger of a volcano eruption. But AirPano panoramas will let you enjoy the breathtaking views without any problem.