Icod Icod de los Vinos Teneriffa is famous for its Dragon Tree (El Drago). The Canaray island dragon tree comes as one of many species of dragon trees.It proper name is Dracaena draco. There are two different explanations for the term "dragon": one is, when the bark or the leaves are cut, they secrete a red coloured resin, which is said to be the dried blood of dragons; it has, supposedly, healing properties; the other one is that if you cut off a branch it re-grows at an amazing speed, like 15 cm per day, like the heads of dragons reportedly did. 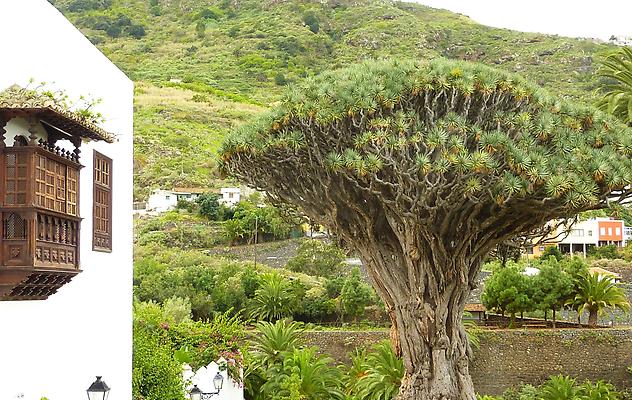 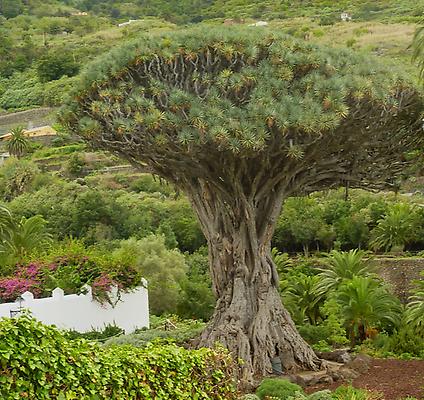 The age of the tree is unknown, speculation goes from 3.000 to 400 years. Despite Humboldt's surprise those trees are found (sometimes as related or sub-species) throughout the Canary Islands, as well as Cape Verde, Madeira, the Azores and Morocco. Worldwide, they can be seen in southern Asia and Central America. The only thing that distinguishes El Drago is its size and age.