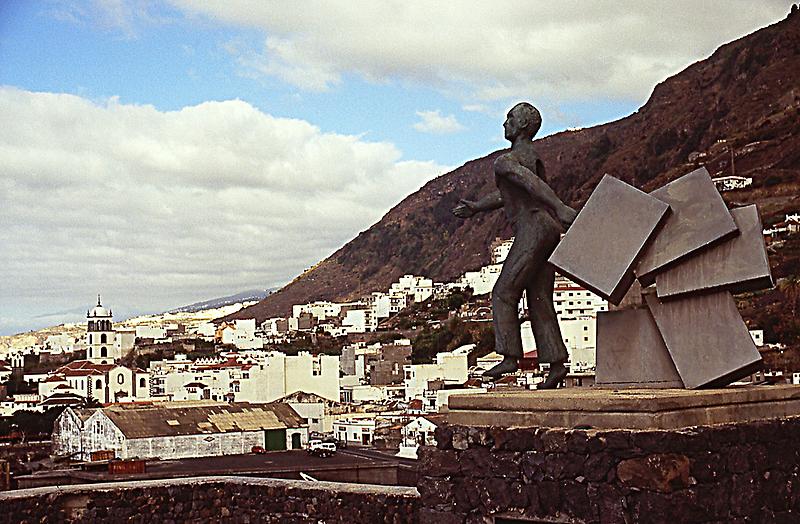 Garachio, 1997, © Markus Duschek
Garachico Grachio, Tenerife is a town on the northern coast of Tenerife. The town lies below a 500m cliff. Garachico and the surrounding area is the least spoilt coastal area of Tenerife, and is in sharp contrast to areas such as Playa de las Americas.

There is no beach worth mentioning; the coastline is essentially volcanic debris, but this does give the town its charm and a reason to visit it. Some natural rock pools have been made into swimming pools. However, outside of these rock pools, because of tthe Atlantic swell, swimming is not recommended. A municipal swimming pool has been built, next to the natural rock pools.

The town itself is low rise and a mixture of renovated and in need of renovation buildings, and includes several large courtyard style houses. There are many hidden shops that appear to be private houses until they open their doors and display their wares.

An old monastery is adjacent to the main square and open to the public. An old water-mill houses a small museum, as does an old harbourside fort.