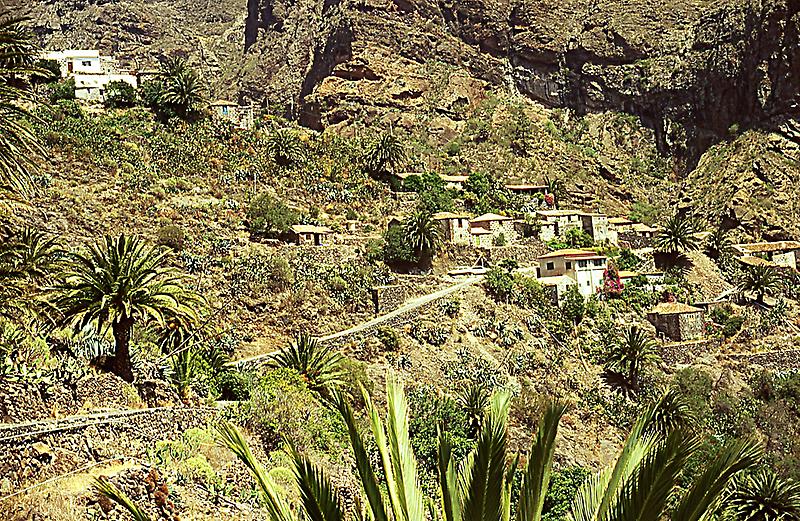 Masca 28.3044869,-16.8407574 is a small mountain village with around 100 inhabitants. The village lies at an altitude of 600 m in the Macizo de Teno mountains, which extend up to the northwesternmost point of Tenerife.

Forests including cypresses and palm trees abound. The village lies at the head of the Masca Gorge. The trail from the village down the gorge to the beach on the Atlantic Ocean is a popular, though strenuous, hiking route, which takes about 3 hours each way.

More pictures on Masca in an other collection on Tenerife