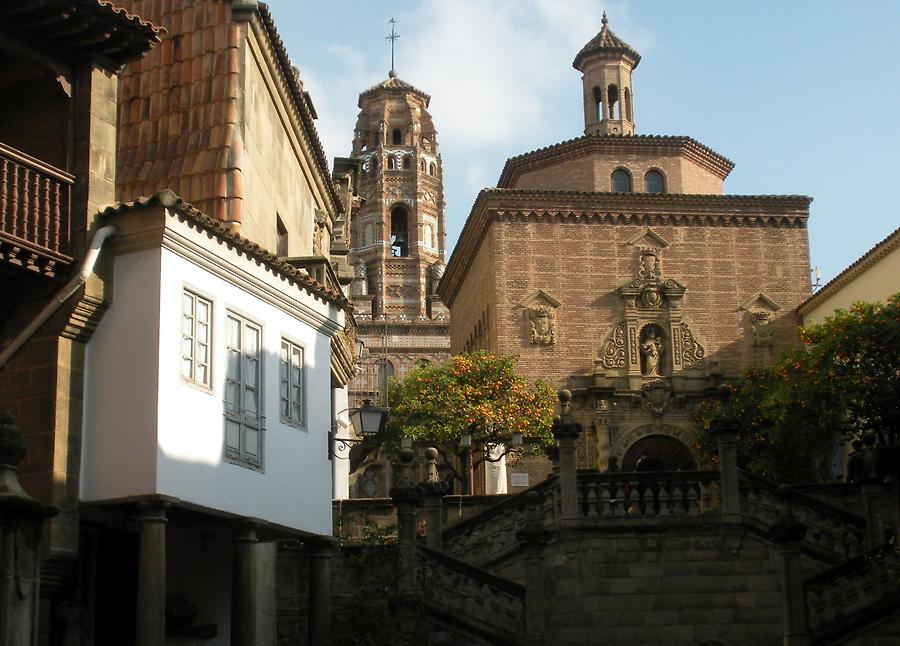 It shows the various building styles in different provinces.

In many houses there are shops that sell goods or show handcrafting in operation, typical for the region the building stands for.

Originally built for the World Exhibition in 1929 and to be removed again afterwards, it was such a success that the 117 buildings in an area of 49.000 m² at the foot of Montjuic were kept, and are still a big tourist attraction.