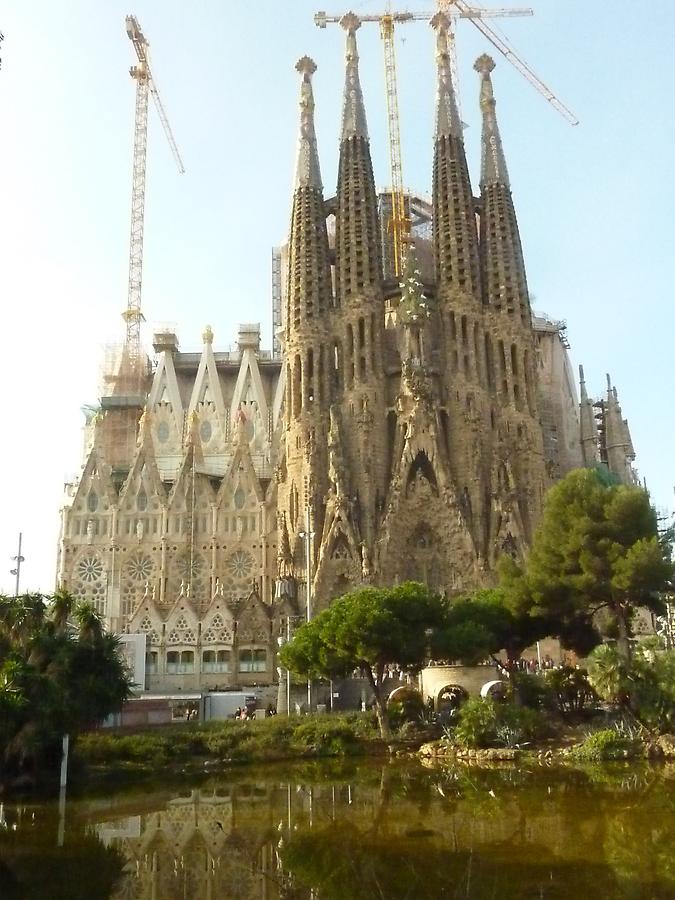 Still not completed, the “Templo Expiatorio de la Sagrada Familia” was financed only by private donations. Building started in 1882 in typical neo-gothic style. However, already one year later, the 31 year old Antoni Gaudi took over, transforming it with his architectural and engineering style, combining Gothic and curvilinear Art Nouveau forms.

The church is Gaudi’s main lifetime effort. From 1911 on Gaudi refused all further projects to concentrate all his efforts on that church, and even started to live at the site of construction.

When he died in 1926 he had dedicated 42 years of his life to this unique building, yet it was only considered about 20% finished.

The Spanish civil war halted further construction and construction was only resumed despite bitter controversies (whether to leave the church unfinished or try to complete it) in 1952. Progress is slow, yet construction passed the midpoint in 2010 with some of the project's greatest challenges remaining.

The anticipated completion date is 2026, the centenary of Gaudí's death. The church was consecrated by Pope Benedict XVI on 7 November 2010 in front of a congregation of 6,500 people.