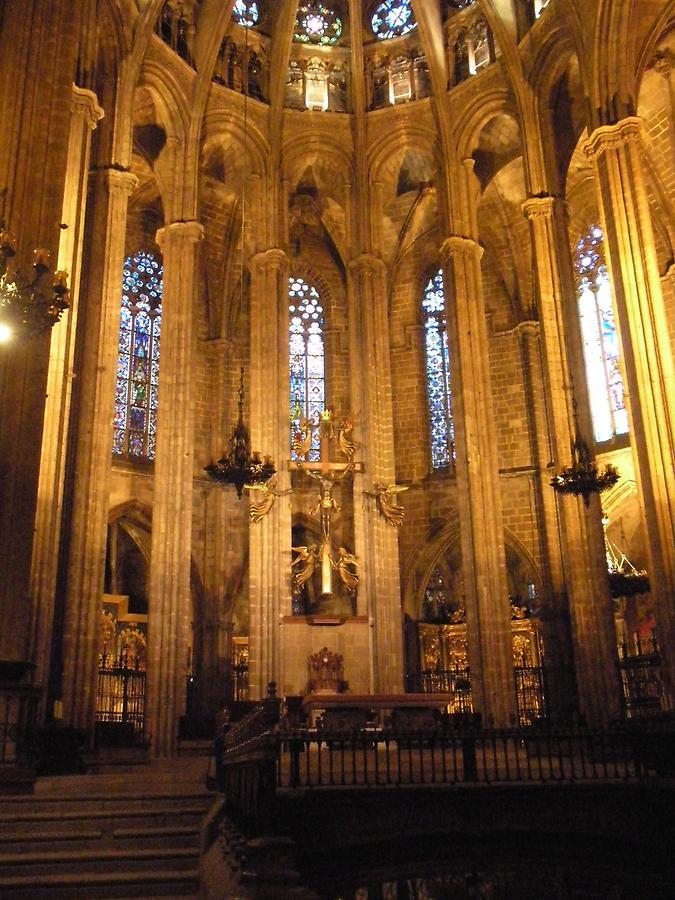 The choir stalls retain the coats-of-arms of the knights of the Order of the Golden Fleece. In his first trip into Spain, Charles, the later Holy Roman Emperor, selected Barcelona as one site of a chapter of his Order.