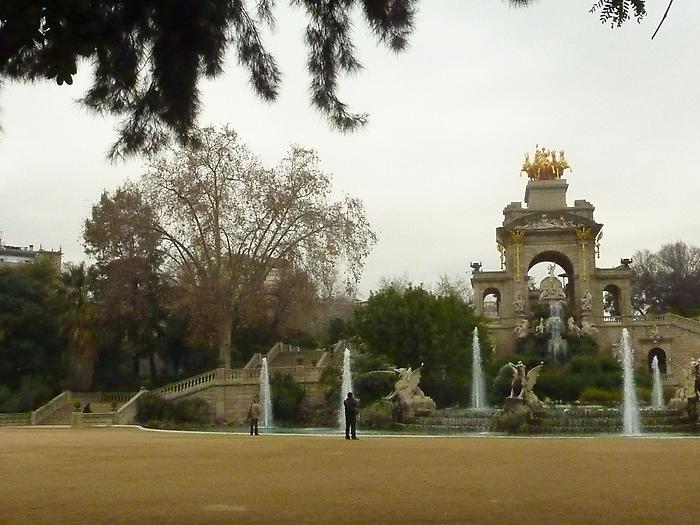 The Cascada (waterfall or cascade in Spanish) is located at the northern corner of the park opposite to the lake.

It was first inaugurated in 1881 without sculptures or any meticulous details, and was thereby criticized by the press, after which this triumphal arch was thoroughly amended by the addition of a fountain and some minor attributes, which required six years of construction from 1882 to 1888, and was thenceforth put on display at the Universal Exhibition, and hitherto not been redesigned.

It was erected by Josep Fontsére and to a small extent by Antoni Gaudí, who at that time was still an unknown student of architecture. Fontsére aimed to loosely make it bear resemblance to the Trevi Fountain of Rome.

Two enormous pincers of gigantic crabs serve as stairs to access a small podium located in the centre of the monument. In front of it a sculpture (designed by Venanci Vallmitjana) of Venus standing on an open clam was placed. The whole cascade is divided in two levels. From the podium on a path leads to the Feminine Sculpture and to the northeastern corner of the park, and upon following the route down the stairs the fountain's pond is rounded and the southern tip of the artifact is reached.