The church of the Assumption of the Virgin in Gračanica Gračanica, Serbia was built as one of the many pious endowments of Serbian King Milutin (1282 - 1321) during the second decade of the 14th century. It presents a supreme architectonic work of the epoch. 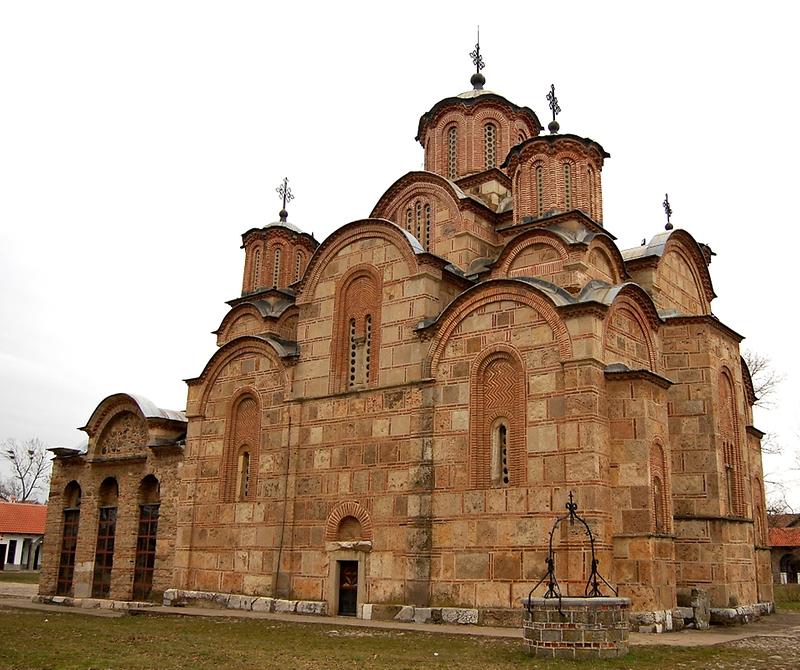 The Church of the Monastery - The Church of the Holy Virgin. A view from the North. Photo: Dragan Radovanović, 2009
Photo made available by Mathematical Institute SANU, Belgrade, under CC BY-SA 3.0

The church was built in the shape of a cross and it was topped by a five domes. It was painted in the 1321 by two famous painters from Thessaloniki, Michael (Mihailo) and Eutychius (Evtihije). In the main dome there are the frescoes of Christ the Pantocrator, the Divine Liturgy and the portraits of the prophets and evangelists. In the nave there are the wall paintings of the Great Feasts, the Passion of Christ, as well as scenes from the life of the Virgin and St Nicholas. In the altar area there are the episodes from the Old Testament, and in the narthex there is the family tree of the Nemanjić dynasty, which ruled in medieval Serbia, as well as the frescoes of the Last Judgement. The part of the frescoes in the exonarthex was painted later, in the 1570. It includes the portraits of Serbian archbishops and patriarchs, as well as the historical composition of the death of the Metropolitan of Gračanica Dionisije. 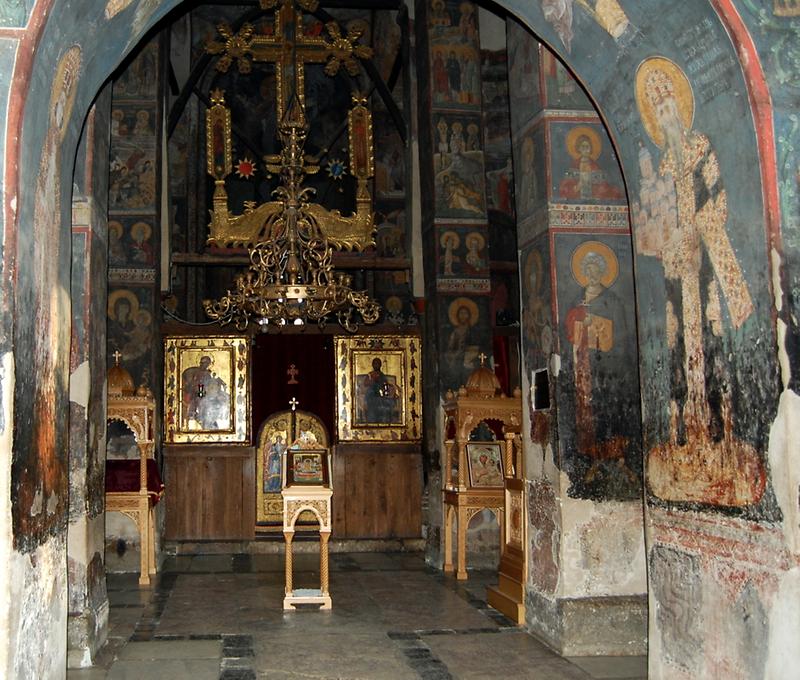 The nave of the church. Wall paintings of the church. Photo: Dragan Radovanović, 2009
Photo made available by Mathematical Institute SANU, Belgrade, under CC BY-SA 3.0 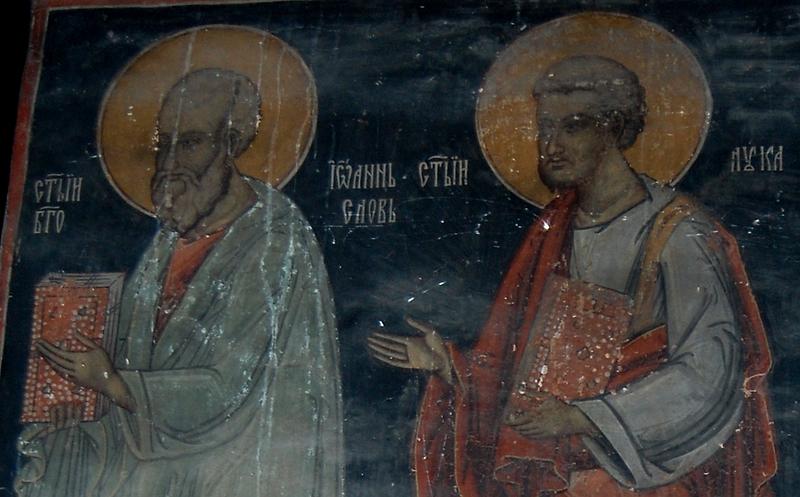 St. John the Apostle and St. Luke.The fresco of the standing figures of the saints. Photo: Dragan Radovanović, 2009
Photo made available by Mathematical Institute SANU, Belgrade, under CC BY-SA 3.0

The treasury of Gračanica Monastery was badly damaged in several fires between 1379 and 1383. However, it still has a significant collection of icons. The oldest icon presents Christ the Eleimon, and it has unique dimensions: 269 x 139 cm. The conservation of the church is incessantly going on.