Construction of the church began on 10 May 1935, 340 years after the burning of Saint Sava's remains. The work lasted until Second World War Axis invasion of Yugoslavia in 1941.

The church's foundation had been completed, and the walls erected to the height of 7 and 11 meters. After the 1941 bombing of Belgrade, work ceased altogether. The occupying German army used the unfinished church as Wermacht's parking lot, while in 1944 the Red Army, and later the Yugoslav People's Army used it for the same purpose. After that, it was used for storage by various companies.

In 1958, Serbian Patriarch German II renewed the idea of building the church. After many requests for the continuation of the buildingt to the President of Yugoslavia Josip Broz Tito permission for the continuation of building was granted in 1984. Construction of the building began again on 12 August 1985. The walls were erected to full height of 40 meters.

After the NATO bombing of Serbia in 1999, the works were halted again. After becoming prime minister in 2001, Zoran Đinđić made sure to continue the works. As of 2017, the exterior of the church is complete. The bells and windows had been installed, and the façade completed. Work on the internal decoration of the building is still in progress, except for the impresive crypta that has been finnished, and is now used even for non-relgious purposes like concerts. Teh followign photos give a samml indication of the impresive interior. 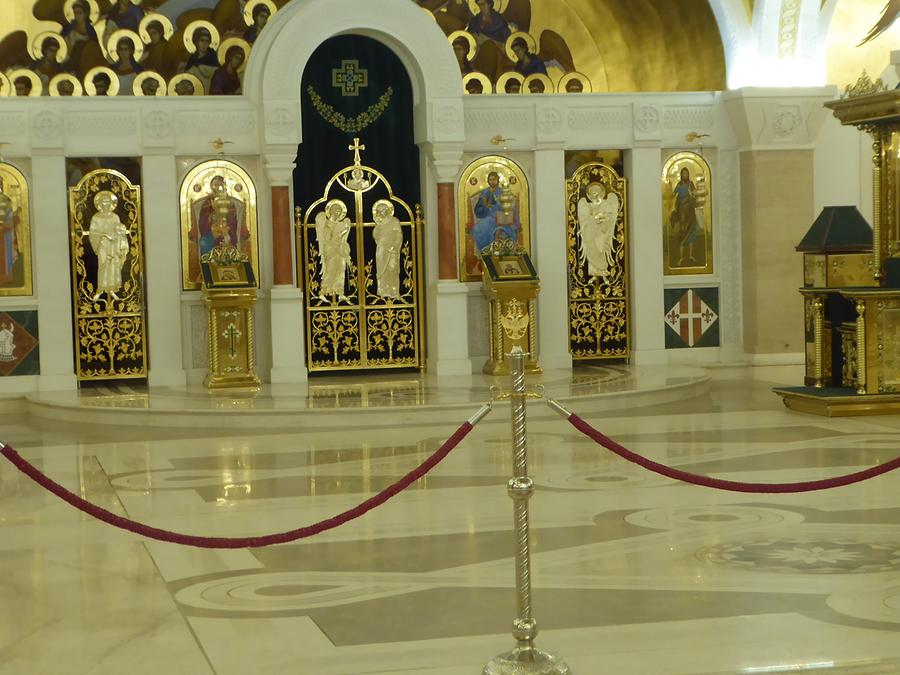