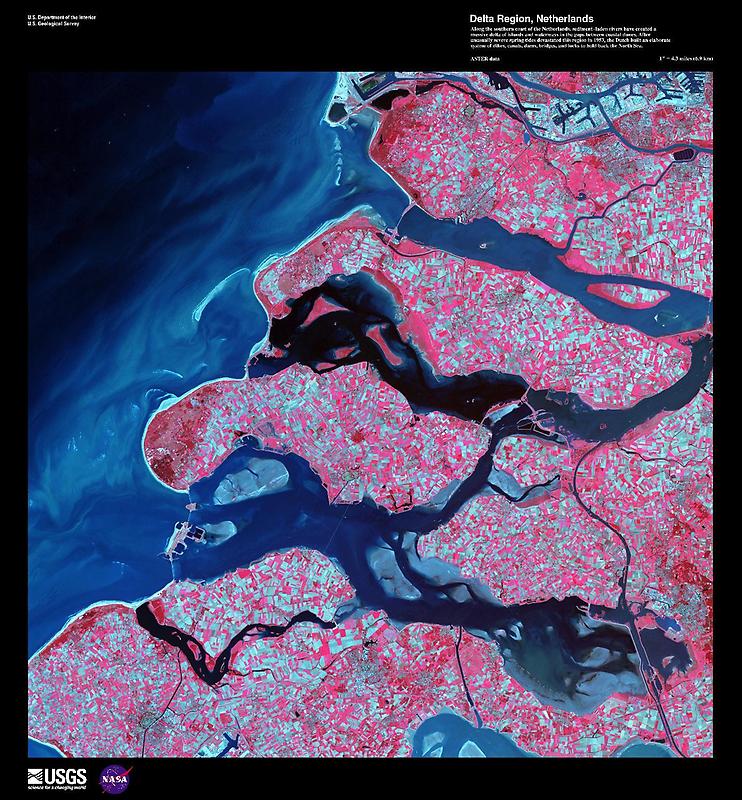 Image courtesy of USGS., under PD
Along the southern coast of the Netherlands, sediment-laden rivers have created a massive delta of islands and waterways in the gaps between coastal dunes. The area in this false-color satellite image is extensively farmed, giving the photo its patchwork look.

The Dutch have built an elaborate system of dikes, canals, dams, bridges, and locks to hold back the North Sea because of rising sea levels and devastating historic floods. The Dutch coastline has changed significantly over time due to these floods, such as the 1134 storm that formed the Zeeland archipelago when water covered massive swaths of land.