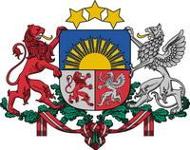 The name "Latvia" originates from the ancient Latgalians, one of four eastern Baltic tribes that formed the ethnic core of the Latvian people (ca. 8th-12th centuries A.D.). The region subsequently came under the control of Germans, Poles, Swedes, and finally, Russians. A Latvian republic emerged following World War I, but it was annexed by the USSR in 1940 - an action never recognized by the US and many other countries. Latvia reestablished its independence in 1991 following the breakup of the Soviet Union. Although the last Russian troops left in 1994, the status of the Russian minority (some 28% of the population) remains of concern to Moscow. Latvia acceded to both NATO and the EU in the spring of 2004; it joined the eurozone in 2014.