Text and all pictures by the author, 2008

Messene (Greek: Μεσσήνη Messini), officially Ancient Messene, is located some 30 km north of the city of Messini near Kalamata. Intensive research in the old site was only started recently. It is now one of the major archeological excavation sites in Greece.

Most of the area of Ancient Messene contains the ruins of the large classical city-state of Messene re-founded by Epaminondas in 369 BC, after the battle of Leuctra that ended Sparta’s military domination of large areas of Greece. Epaminondas invited all the families that had gone into exile from Messenia during its long struggle with the military state of Sparta to return to their native land. This new Messene, today's Ancient Messene, was constructed over the ruins of Ithome, an ancient city originally of Achaean Greeks (one of the four major tribes of ancient Greece) that had been destroyed earlier by the Spartans.

In the center of this old city there are the remains of the theater, the 40 m wide house with the wells of Arsione who – according to legend - was the daughter of the Messenian king Leukipp and mother of the god Asklepisos. Adjacent to it a part of a hall has been excavated, probably the northern part of the agora. The city walls had an original length of 9 km and a height of 9 m, fortified by 30 square or horseshoe-shaped guard towers with doors admitting passage to a protected walkway on top of the wall. They city walls were probably erected when the city was re-founded. They belong to some of best preserved city walls of ancient Greek buildings.

The halls are extended by additional rooms. In the east, next to the main entrance (Propylon) there is an assembly room ((Ekklesiasterion) and two further large halls. In the west there are a number of smaller rooms, often wide open to the main hall (Exedren). In these rooms a number of statues are found. One room was used to worship Artemis. About 200 m downhill recent excavation unearthed a huge stadium, now the most impressive ruin of the city. One enters the stadium in its northwest corner through a Doric style Propylon. Directly outside the entrance a number of graves of obviously important persons have been found. The norther part of the stadium is bounded over a length of 110 meters on all three sides by halls: many columns have been restored in this sections. The northern part of the running track is bordered by steps of stone arrange in a horse-shoe form. The stand from where events were watched is located in the south and had no seats. Today (2008) it is covered (and protected) by a layer of grass. On the other side, near the starting area is a heroon, a shrine for heroes. 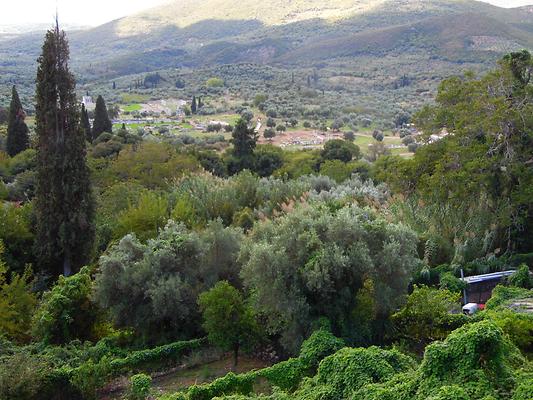 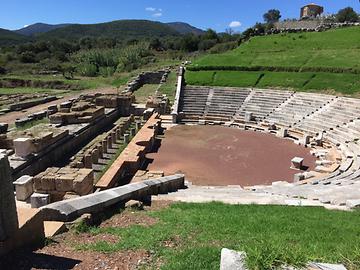 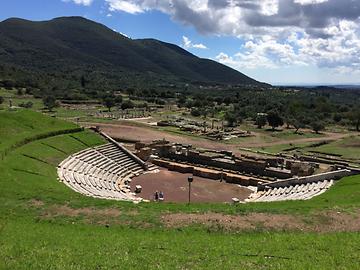 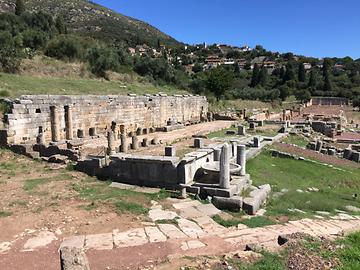 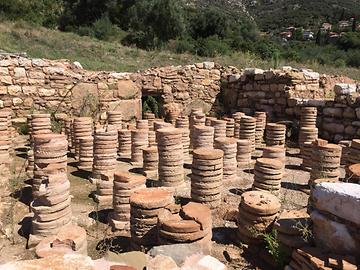 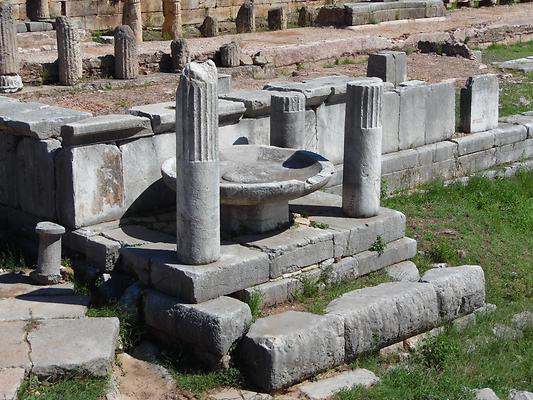 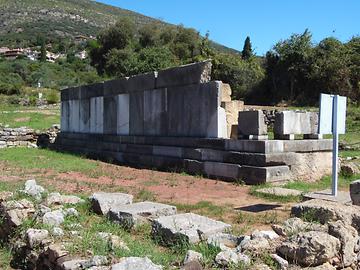 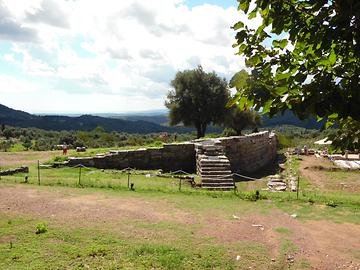 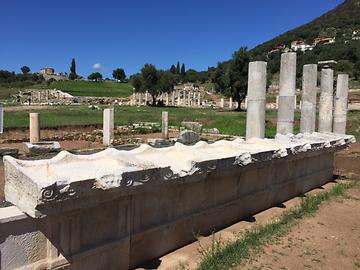 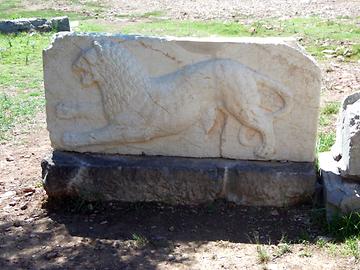 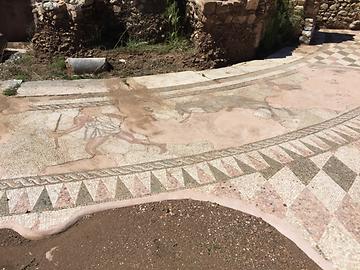 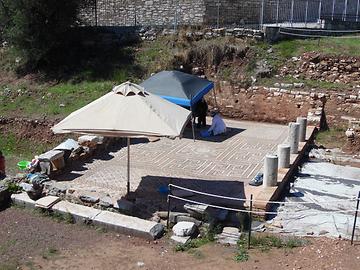 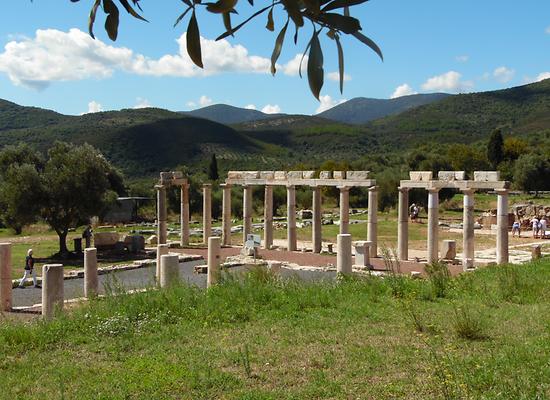 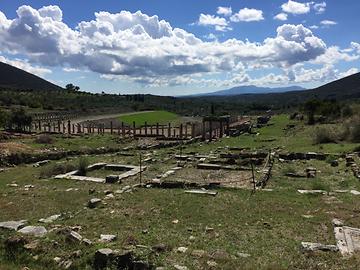 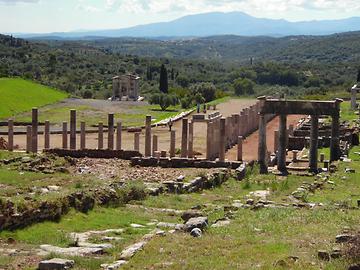 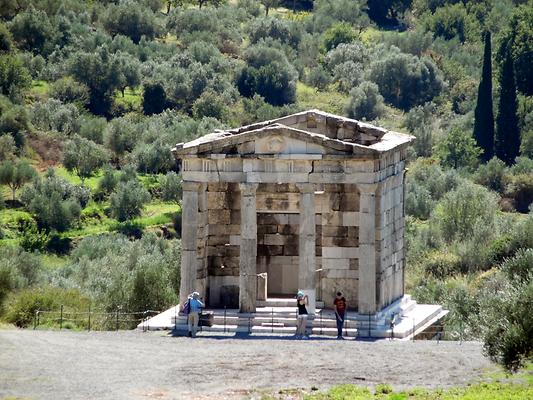