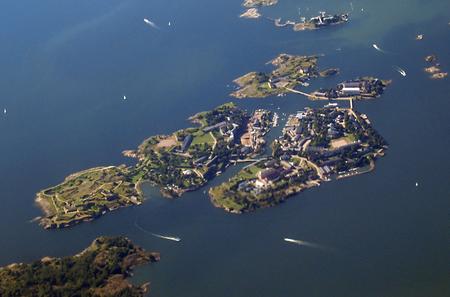 In 1991, the Suomenlinna fortress was added to the UNESCO World Heritage List as a unique monument of military architecture. Another special feature of the fortress is that in the course of its history it has served in the defence of three countries: Sweden, Russia and Finland. Originally named Sveaborg (Fortress of Svea), it was renamed in Finnish to Suomenlinna (Castle of Finland) in 1918.

Sweden lost its superpower status and its most important eastern fortresses in the wars with Russia in the first half of the 1700s.

Reinforcing the defences of Finland was deemed necessary. In 1747, the Swedish parliament made a decision to build a central fortress including a naval base in Helsinki and other fortifications.

The fortification work began in the following year on the Susiluodot islands off Helsinki, the location of present-day Suomenlinna.

In 1750, the fortress was named Sveaborg, transcribed into Viapori in Finnish. 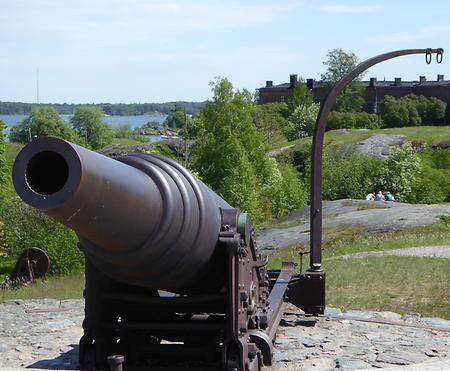 One of the old cannons. Photo: U.& H, Maurer, June 2017, under PD
The ambitious fortification plans were scaled down a few years after the construction began, and the resources were directed to building a sea fortress.

The active phase of the Viapori fortification work ended just over 40 years after it began.

The sea fortress had merits as a naval base in the Russo-Swedish War of 1788–1790, but it was not involved in actual battles. In 1808, Viapori was besieged by the Russian forces again. After just minor skirmishes, Commandant C.O. Cronstedt decided to surrender.

The reasons for surrender remains an unsolved mystery. The surrendered sea fortress was taken over by the Russians, paving the way for the occupation of Finland by Russian forces in 1809. The occupation lasted till 1917, the year Finland declared its independence.

It is no longer a military base, but was turned over to civilian administration in 1973. The Suomenlinna garrison houses the Naval Academy of the Finnish Navy.

Suomenlinna is now a very popular attraction for tourists and locals. It can get quite crowded on a sunny day.

It is easy to reach by a short ferry from the market square of Helsinki and offers much infrastructure for picnicking, snacking, sightseeing, good dining or visting some of the number of museums, art shops and the like that exist on the island.

It is also the location of the last surviving Finnish submarine, Vesikko. 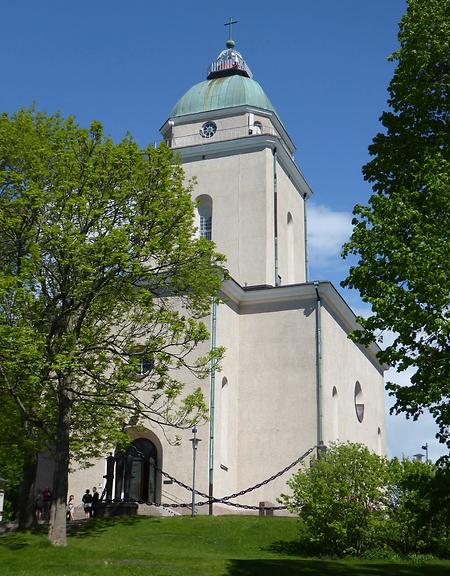 Suomenlinna is a town within the town.

There are about 900 permanent inhabitants on the islands, and 350 people work there year-round.

This is one of the features that makes Suomenlinna unique: the fortress is not simply a museum but a living community.

A service tunnel supplying heating, water and electricity was built in 1982. From the beginning of the 1990s, the tunnel was modified so that it can also be used for emergency transport.

Suomenlinna has been known as an avant-garde location for culture.

In the mid-1980s the Nordic Arts Centre was established on the island.

Several buildings have been converted into artists' studios and the performances of the Suomenlinna summer theatre are most often sold out.

Some impressions of Suomenlinna#

Before showing a few pictures taken by the author and his wife it is fair to point out that Suomenlinna is (unlike Matilda) not a well kept secret but visited by well over 500.000 people per year, with beautiful documentations:

By a series of well done and labelled panoramic images;

And a good description with pictures on Wikipedia.

There is no way to compete with all this, but we try to show you a few pictures to make you curious! 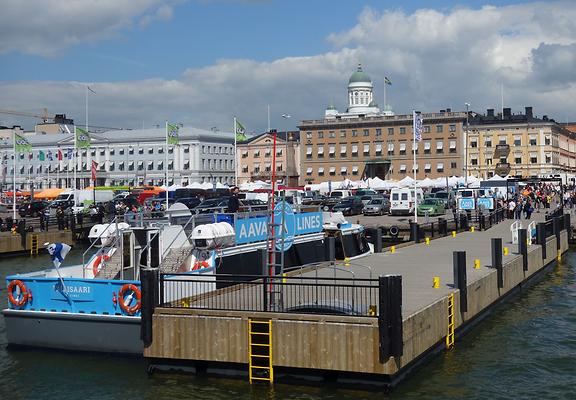 Market with ferry departure, and the top of the cathedral of Helsinki in the background. Photo: U. & H. Maurer, June 2017, under PD 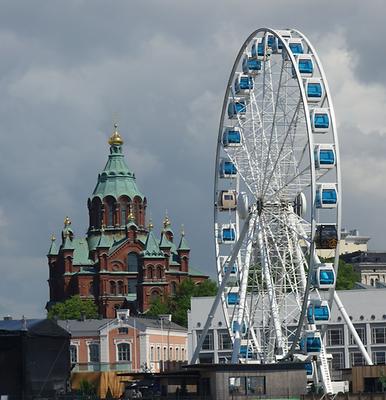 The ferry passes the Ferriswheel and gives a good glimpse of the orthodox cathedral of Helsinki. Photo: U. & H. Maurer, June 2017, under CC BY-SA 4.0 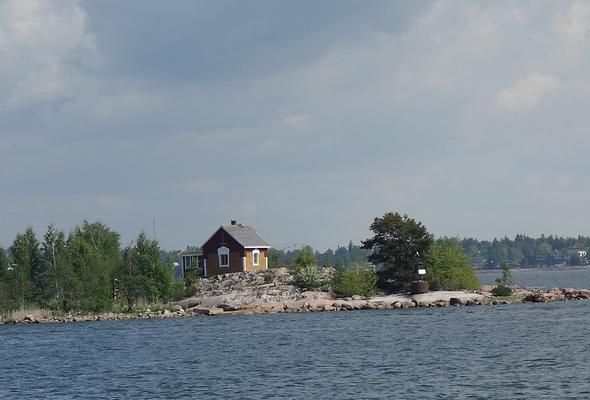 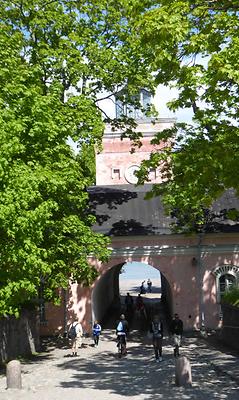 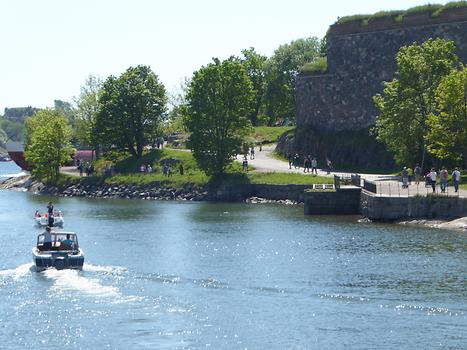 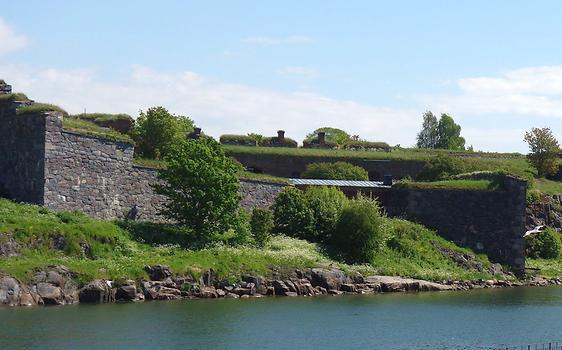 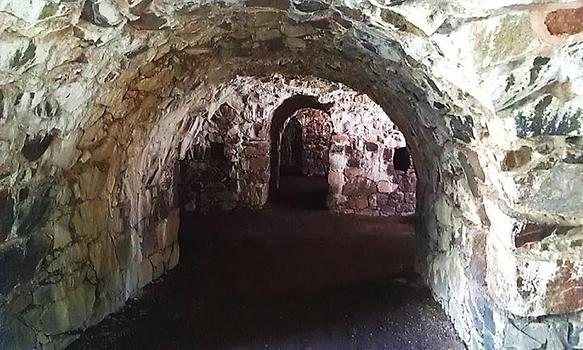 In one of the fortified tunnels. Photo: Ethan Doyle White, Wikicommons, under CC BY-SA 3.0 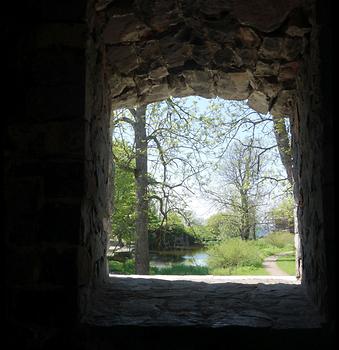 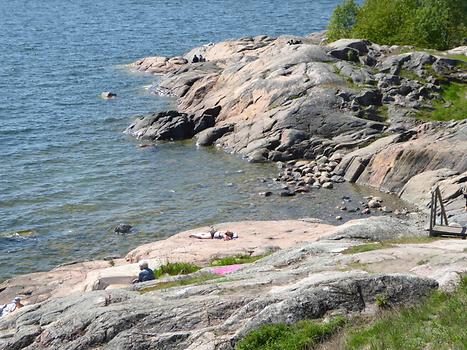 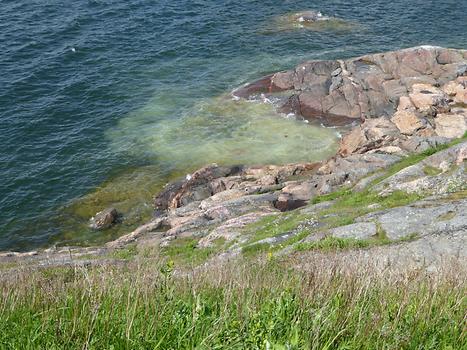 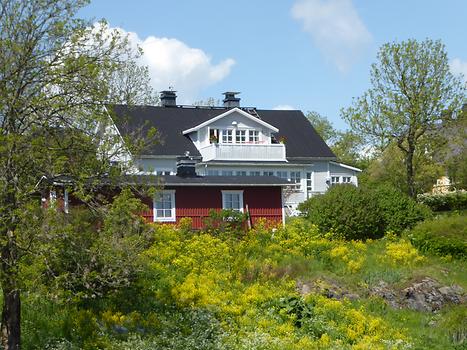 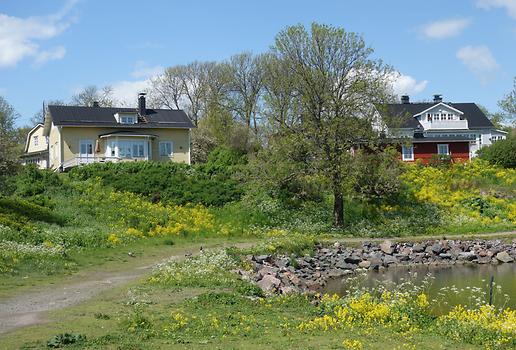 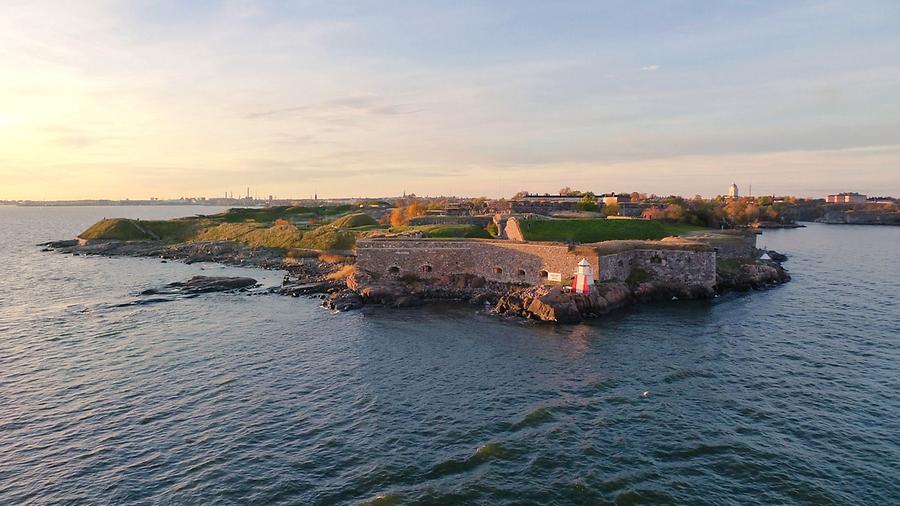 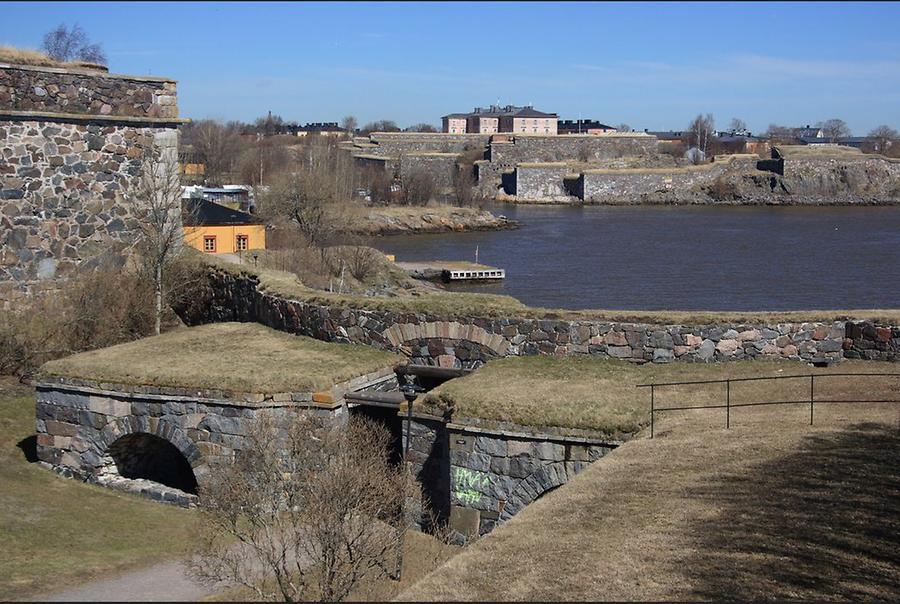