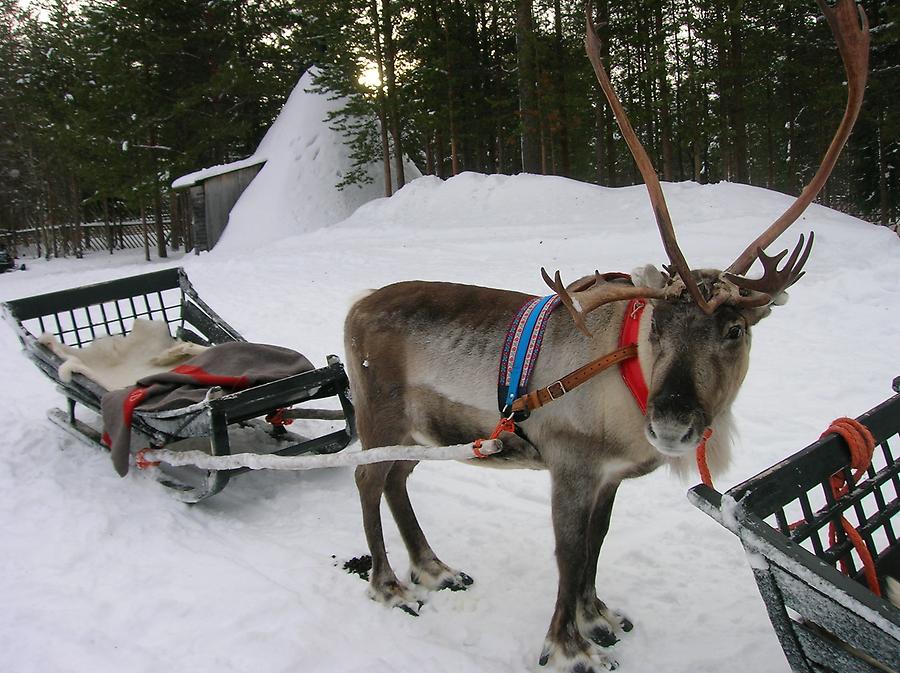 A special type of deer species lives in circumpolar areas, in northern Europe, Siberia and North America, the reindeer (Rangifer tarandus), which is also known as caribou in North America. Reindeer are native to Arctic, Subarctic, tundra, boreal and mountainous regions. There are sedentary and migratory populations of wild and semi-domesticated reindeer. While overall widespread and numerous, some of its subspecies are rare and at least one has already gone extinct.
Hunting of wild reindeer and herding of semi-domesticated reindeer (for meat, hides, antlers, milk and transportation) are important to several Arctic and Subarctic peoples. The reindeer is well known due to Santa Claus's sleigh being pulled by flying reindeer in Christmas folklore.