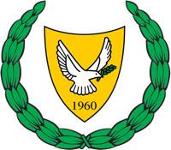 A former British colony, Cyprus became independent in 1960 following years of resistance to British rule. Tensions between the Greek Cypriot majority and Turkish Cypriot minority came to a head in December 1963, when violence broke out in the capital of Nicosia. Despite the deployment of UN peacekeepers in 1964, sporadic intercommunal violence continued forcing most Turkish Cypriots into enclaves throughout the island. In 1974, a Greek Government-sponsored attempt to seize control of Cyprus was met by military intervention from Turkey, which soon controlled more than a third of the island. In 1983, the Turkish Cypriot-occupied area declared itself the "Turkish Republic of Northern Cyprus" ("TRNC"), but it is recognized only by Turkey. The election of a new Cypriot president in 2008 served as the impetus for the UN to encourage both the Greek Cypriot and Turkish Cypriot communities to reopen unification negotiations. In September 2008, the leaders of the two communities began discussions under UN auspices aimed at reuniting the divided island. The talks are ongoing. The entire island entered the EU on 1 May 2004, although the EU acquis - the body of common rights and obligations - applies only to the areas under the internationally recognized government, and is suspended in the areas administered by Turkish Cypriots. However, individual Turkish Cypriots able to document their eligibility for Republic of Cyprus citizenship legally enjoy the same rights accorded to other citizens of European Union states.