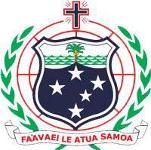 New Zealand occupied the German protectorate of Western Samoa at the outbreak of World War I in 1914. It continued to administer the islands as a mandate and then as a trust territory until 1962, when the islands became the first Polynesian nation to reestablish independence in the 20th century. The country dropped the "Western" from its name in 1997.