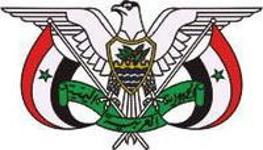 The Kingdom of Yemen (colloquially known as North Yemen) became independent from the Ottoman Empire in 1918 and in 1962 became the Yemen Arab Republic. The British, who had set up a protectorate area around the southern port of Aden in the 19th century, withdrew in 1967 from what became the People's Republic of Southern Yemen (colloquially known as South Yemen). Three years later, the southern government adopted a Marxist orientation and changed the country's name to the People's Democratic Republic of Yemen. The massive exodus of hundreds of thousands of Yemenis from the south to the north contributed to two decades of hostility between the states. The two countries were formally unified as the Republic of Yemen in 1990. But after initial euphoria in the South, disillusion with the dominance of North Yemen started soon. Fighting between the government and the Huthis, a Zaydi Shia Muslim minority (close to Shiites beliefs), continued intermittently from 2004 to 2010, and then again from 2014-present. The southern secessionist movement was revitalized in 2007. Public rallies in Sana'a against then President SALIH - inspired by similar demonstrations in Tunisia and Egypt - slowly built momentum starting in late January 2011 fueled by complaints over high unemployment, poor economic conditions, and corruption. In November 2011, SALIH stepped down to transfer some of his powers to Vice President HADI. The Huthis, perceiving their grievances were not addressed, expanded their influence in northwestern Yemen, culminating in a major offensive against military units and rival tribes and enabling their forces to overrun the capital, Sanaa, in September 2014. In January 2015, the Huthis surrounded the presidential palace, HADI's residence, and key government facilities, prompting HADI and the cabinet to submit their resignations. HADI fled to Aden in February 2015 and rescinded his resignation. He subsequently escaped to Oman and then moved to Saudi Arabia and asked to intervene militarily in Yemen to protect the legitimate government from the Huthis. In March, Saudi Arabia assembled a coalition of Arab militaries and began airstrikes against the Huthis and Huthi-affiliated forces. Ground fighting between Huthi-aligned forces and resistance groups backed by the Saudi-led coalition continued through 2016 and escalated into open fighting. In 2018, anti-Huthi forces made battlefield progress in Yemen since early 2016. In December 2018, the Huthis and Yemeni Government participated in the first UN-brokered peace talks since 2016, yet fighting and unrest continues.