All photos from the author's archive.

A business meeting at Rostov on the Don Rostov was agreed on for a summer Friday and Saturday morning in 2007. It was clear that one would have to fly in on Thursday, and back on Sunday the earliest, so it was obvious that my wife Ursula who had always wanted to visit Rostov and the Don would come along: We would only return to Graz on Monday.

We were fetched on arrival by two secretaries of my host. They had received orders to give us a very brief tour of the city followed by a nice dinner. So we were soon sitting in probably the best restaurant in Rostov, lovingly wined and dined. What I found unusual, but did not think much of it at the time, was that the ladies kept asking for my interests and hobbies beyond computer science. Without much thinking I mentioned that a river or lake to swim in, to fish in, to have a fish type picnic in a nice natural setting would be great. Jokingly, I mentioned that even a short nap- if wine and vodka would keep flowing as it did that first evening- could be nice, and of course to see a bit of local art would be great. But Saturday afternoon we had planned to get a car to visit the famous Cathedral of Novocherkassk. 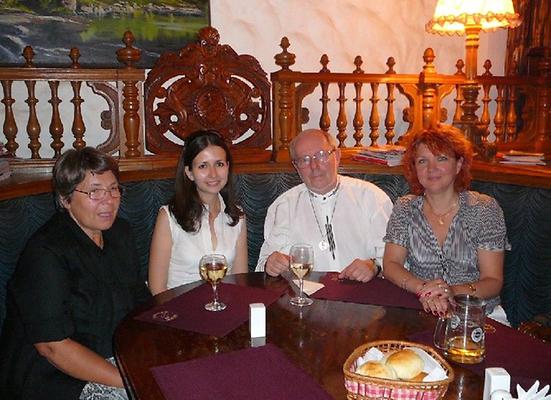 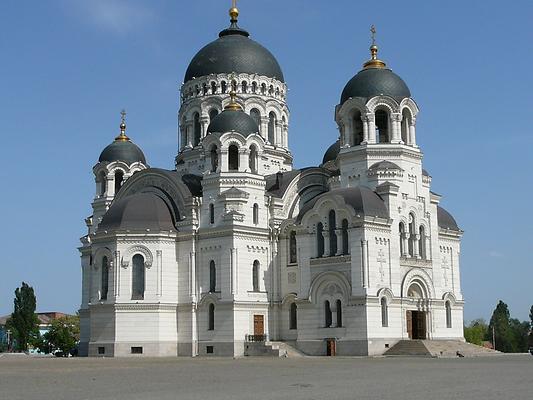 Negotiations on Friday and Saturday morning went well. We were assured that our wish to see Novocherkassk would be taken care of, and a simple program for Sunday was being planned for us, with an excursion to Taganrog (at the sea of Azov) still possible for Monday. The excursion to the impressive cathedral was breathtaking: we were the only visitors, The day continued with another dinner, a visit to a nightspot and fireworks, all perfectly organized and all smiling faces. 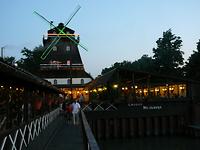 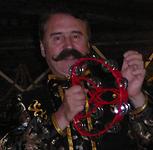 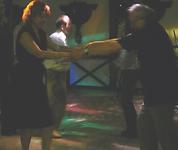 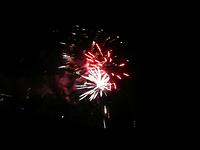 Maybe by that time I should have known that the interview for my preferences after arrival was only to find out how to organize the Sunday for us. To make sure that a museum closed on Sundays would open just for us was clearly still the easy task. To find a slow flowing lake for fishing and swimming in a fairly remote area but still with a hut so that my wife and I could take a nap and have a very private room to change and that a lavish multicourse seafood dinner could be served in style would all have been difficult as such. But without knowing I had complicated the matters tremendously since they had to find a good place for swimming but my host could not swim and told his employees that I must not find out. So they needed an area where the water would only be 1.5 m deep (so the host could stand while pretending to swim next to me), but the water not clear enough to see what was going on and still the water populated by catchable fish. Well, they managed to do all this, quite incredible, and when I later found out how complicated I had made life for my host because his pride did not allow him to let me know that he could not swim, I really did feel bad…and still feel bad about this, some ten years after the event. 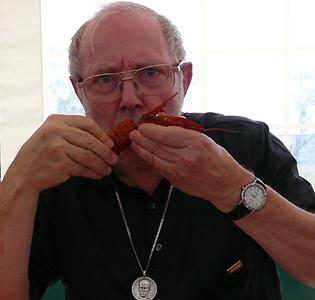 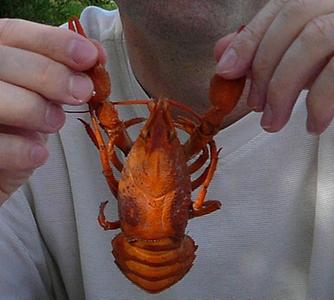 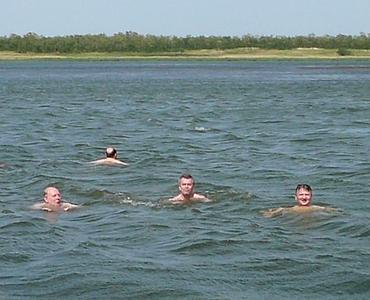 My host in the middle is standing not swimming

However, I did learn there and on other occasions: Russians are both hospitable and proud, so make sure that those two features never work against each other. Want to see more pictures from Rostov trip?.