The capital and largest city is Tbilisi.

After a brief period of independence following the Russian Revolution of 1917, the first Georgian Republic was occupied by Soviet Russia in 1921, and absorbed into the Soviet Union as the Georgian Soviet Socialist Republic in 1922.

After restoring its independence in 1991, post-communist Georgia suffered from civil unrest and an economic crisis for most of the 1990s.

Following a peaceful change of power in the Rose Revolution of 2003, Georgia pursued a strongly pro-Western foreign policy, introducing a series of political and economic reforms.

A valley provides a scenic footpath through the peaks of Georgia's Caucasus Mountains. 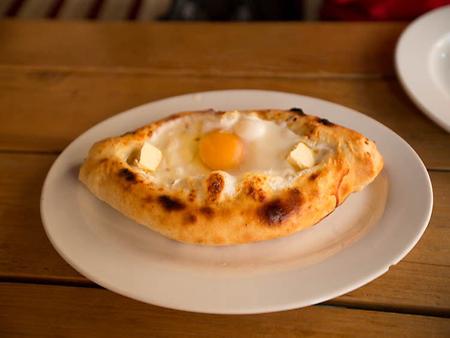