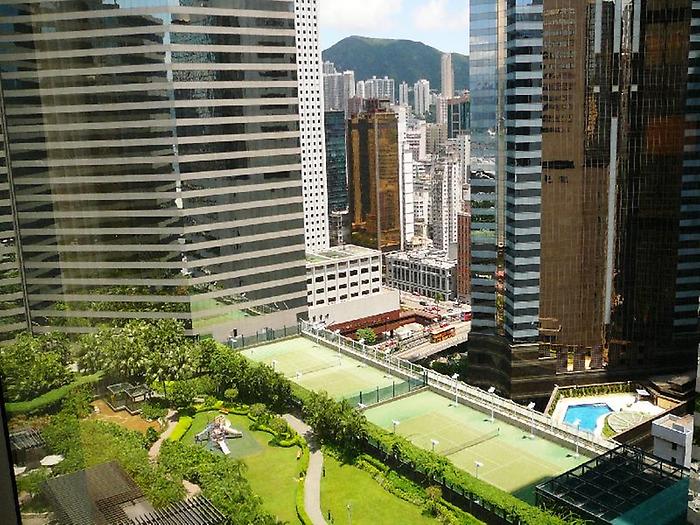 The hotel is located fairly central Harbour Road, Hongkong, China on Hongkong Island. the island is only a small part of Hong Kong (in size some 10%, in population 20%), yet it is the historical, political and economic centre. The northern coast is the southern shore of the Victoria Harbour, as deep sea harbor responsible for the development of Hong Kong.

Geographically, Hong Kong consist of Hongkong Island, separated from mainland Kowloon in the North with the New territories bordering mainland China, and the large large Lantau Island in the east. Lantau was a fairly quiet place until it became the home of the new modern airport.

Hong Kong ("Fragrant Harbor") is an autonomous territory on the southern coast of China where the Pearl River Estuary meets the South China Sea.

Hong Kong has a land area of only 1104 km2, but houses over 7 million people, making it of the world's most densely populated metropolises: It is famous for its views, skyscrapers, museums and shops. For a visitor the central part can be quite difficult to navigate. You could be on the second floor of one house and you might want to get to the third floor of the house on the opposite side of the road, yet there is no way to cross the street, except some bridge a view blocks away on the same level as you are. However, as you walk in the correct direction you may well miss the bridge, since the gently sloping path has lead you, without you noticing, one floor up! It is this navigation in three dimensions that for many is unusual, except those who have experienced it in other cities (like a few stories below the surface in Toronto, Canada, where you have a complete multistory biotope to escape harsh winter days).

Hong Kong became a British colony 1842. In the 1980s, negotiations between the United Kingdom and China resulted in the 1984 Sino-British Joint Declaration, which provided for the transfer of sovereignty of Hong Kong on June 30, 1997. The territory became a special administrative region of China with a high degree of autonomy under the principle of one country, two systems, a concept that apparently can be interpreted in more than one way.

Hong Kong's transportation network is highly developed. An unusual example is the longest outdoor covered escalator system in the world covering 800 metres in distance and a difference of altitudes of some 140 metres, to better link areas within the Central and Western District on Hong Kong Island.

Hong Kong has the 44th-largest economy in the world, Hong Kong ranks top 10 in GDP per capita, but also has the most severe income inequality among advanced economies. Hong Kong is one of the three most important financial centres together with New York and London. It is the world's number one tourist destination city!