A king turns into a wild pig# 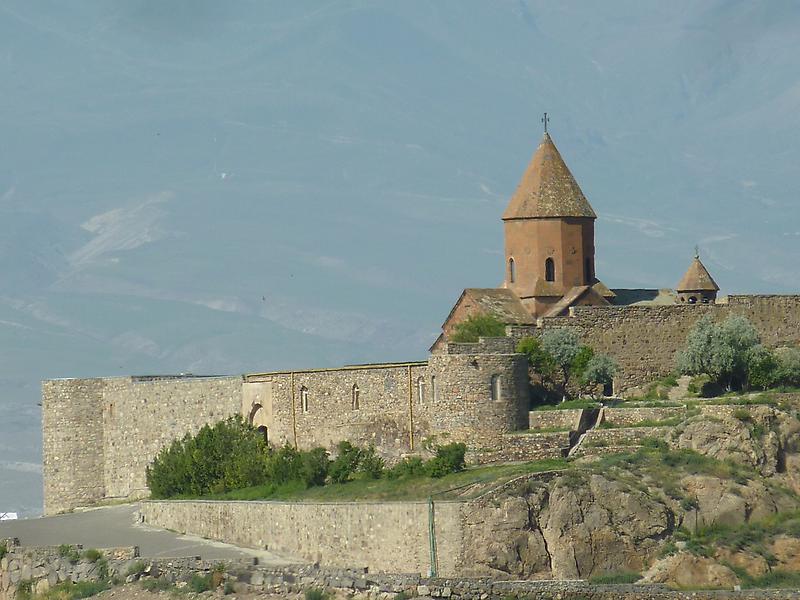 Photo: Hermann Maurer, 2013
Chor Wirab near Turkish border, under CC BY 4.0
The monastery Chor Wirab is very close to the Turkish border, with the twin peaks of Ararat directly behind the border, and in beautiful weather looks very impressive.

The monastery as such is the crowning jewel of the scenery. However, it is mainly famous for Gregor, the holy. He, a nobleman from somewhere near Jerusalem and a convinced Christian came to Armenia around 285 A.D. to try to convert people to Christianity. Yet the Armenian king did not like those Christian trouble makers. He executed a fair number of them and imprisoned Gregor at the monastery in a deep cellar room.

Gregor was there in not so nice circumstances for some 12 to 15 years, details a bit murky, except that some nice woman (clearly a secret Christian) kept throwing bread (and may be more) down a hole to make sure that Gregor was not starving.

During this time god turned the king for his inhuman actions into a boar (something that seems to happen less often in more recent times, unfortunately). The king/boar was desperate and followed the advice of this sister to ask Gregor for help.

So Gregor prayed for three days to god for the unhappy boar/king, and this did the job: the boar turned back to human shape and the now again beautiful king was convinced that Christianity was the religion to go for. So Christianity was proclaimed as state religion in 301 A.D. in Armenia.The prison cell can still be accessed via a really treacherous maybe 20 m high vertical ladder as shown below. 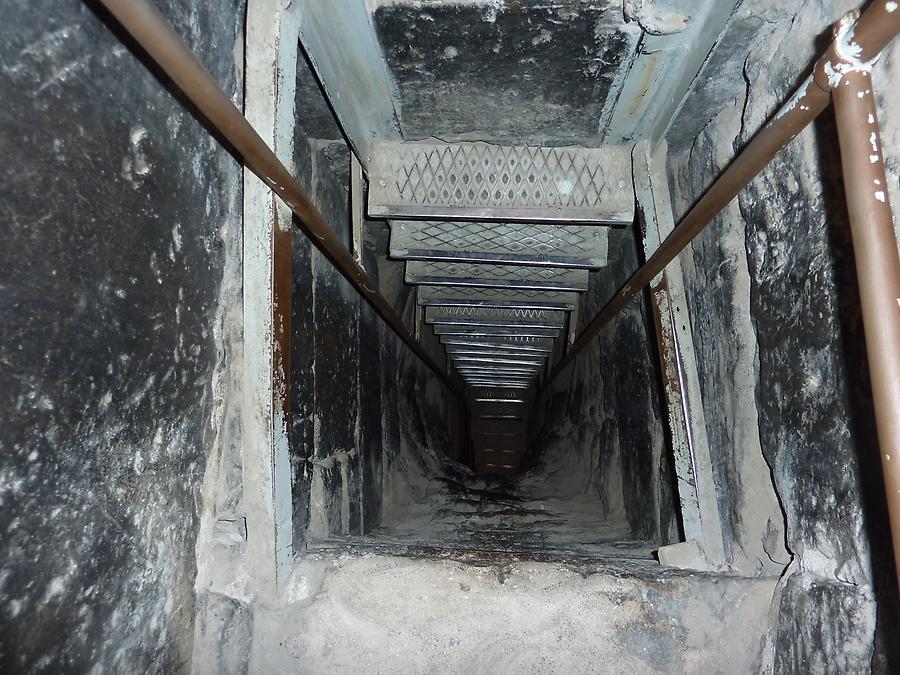