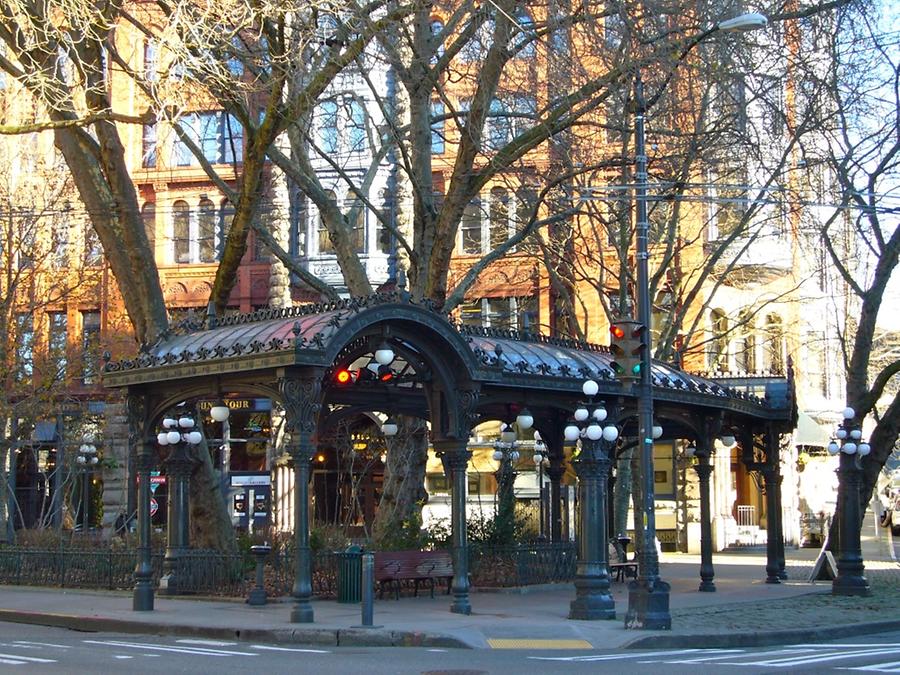 Our tour of Seattle starts at "Pioneer Square", the historic center of town. In this south-western part of today's Downtown Seattle the first settlers ensconced in 1852, so this part of the city is also known as the "birthplace of Seattle." An iron pergola, built in 1909 as a tram stop for the Cable Cars, still forms the center of Pioneer Square today. Also worth seeing is the totem pole erected there in memory of the indigenous population of America. The streets around Pioneer Square are characterized mainly by houses inspired by Renaissance-style, numerous art galleries, small boutiques, antique shops and restaurants. Those who want to dive further into the city's history can do so at the nearby "Klondike Goldrush Museum", in which everything revolves around the gold rush of the 1890s - the actual reason why so many settlers moved to Seattle and why the small settlement has grown into a metropolis.