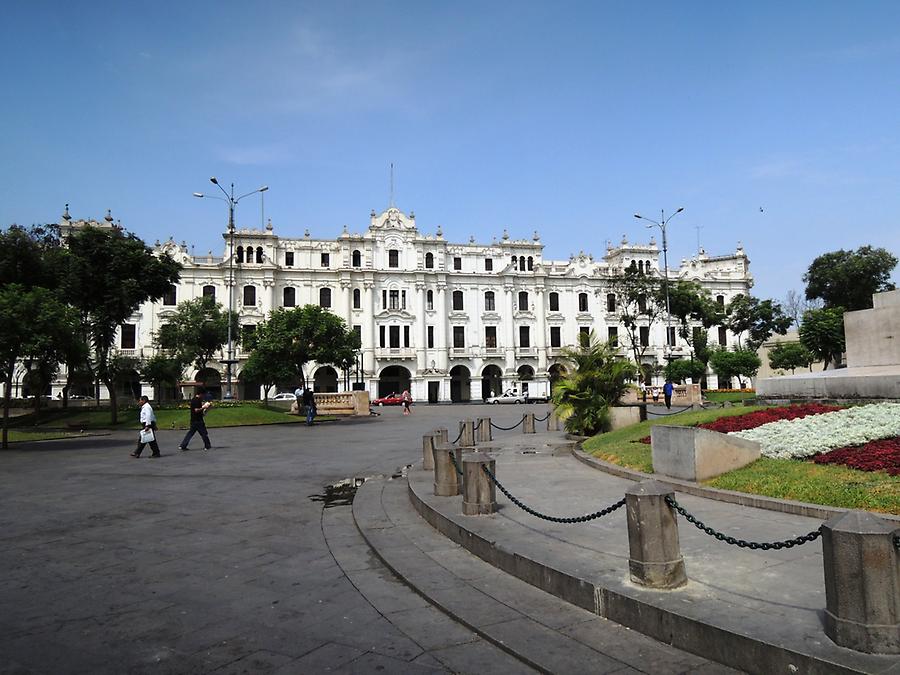 Plaza San Martin in Lima
© Bernd Mader, 2014
Lima -12.0515883,-77.036866 was founded by Francisco Pizarro in 1535 as Ciudad de los Reyes and is now the capital and the largest city of Peru with a population of almost 10 million and around one-third of the Peruvian population living in the metropolitan area.

Lima has a rich historical and architectural heritage. The design and layout of Limas historical Center as well as first Colonial houses were based on the architecture in Spain, but adapting to the local demands like earthquakes or the inferiority of building materials and so soon a very characteristic architectural style developed.