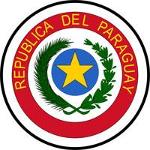 Paraguay achieved its independence from Spain in 1811. In the disastrous War of the Triple Alliance (1865-70) - between Paraguay and Argentina, Brazil, and Uruguay - Paraguay lost two-thirds of its adult males and much of its territory. The country stagnated economically for the next half century. Following the Chaco War of 1932-35 with Bolivia, Paraguay gained a large part of the Chaco lowland region. The 35-year military dictatorship of Alfredo STROESSNER ended in 1989, and, despite a marked increase in political infighting in recent years, Paraguay has held relatively free and regular presidential elections since the country's return to democracy.